Luke Mickelson's charity to build beds for children in need will receive a portion of the potato chip sales. 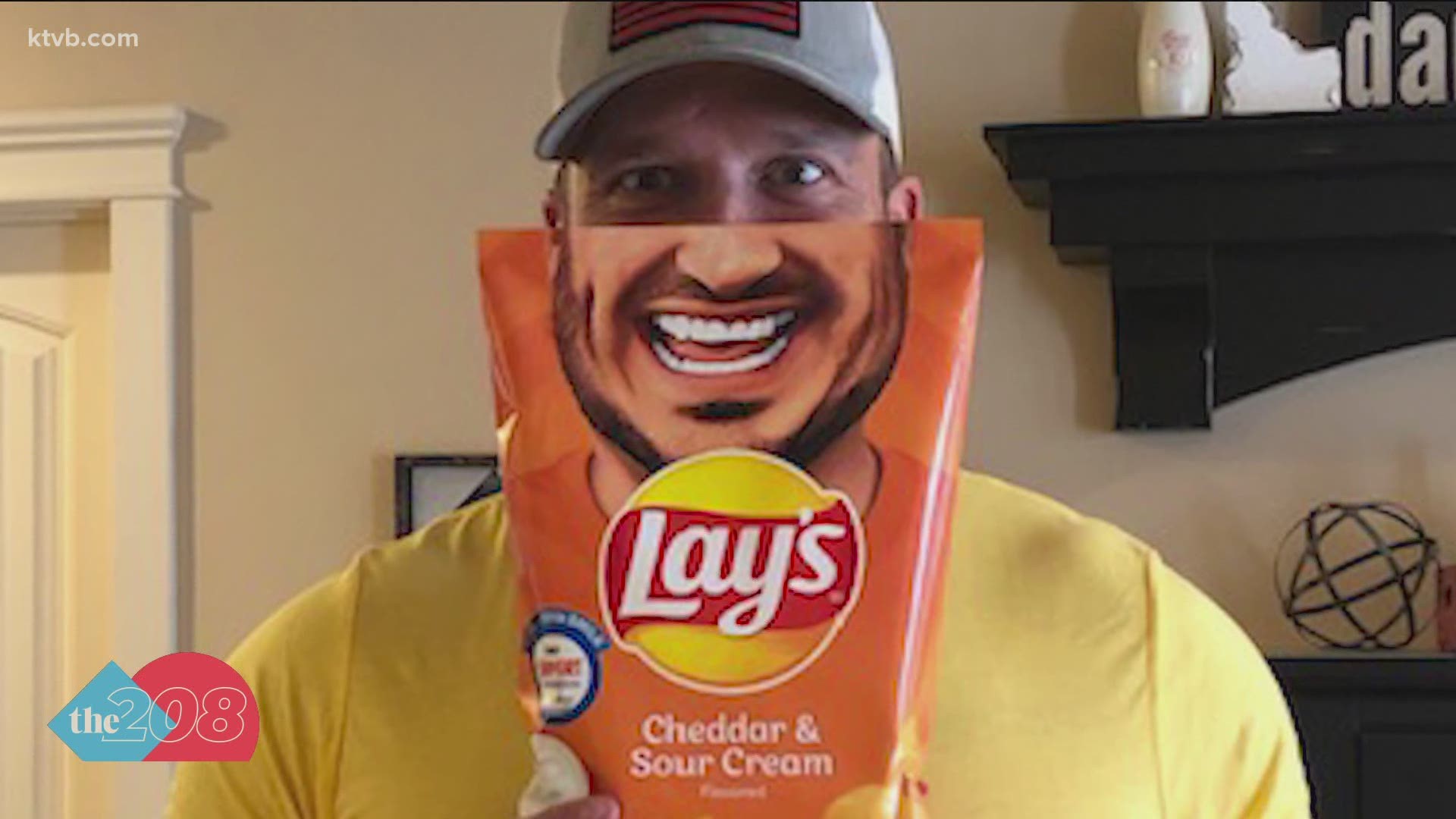 BOISE, Idaho — It's not every day you find yourself on the front of a bag of chips.

But Luke Mickelson of Kimberly says the recognition by a major potato chip company will help bring in a big boost for his charity organization.

He's one of 30 people chosen by Lay's to grace the cover of their potato chips -- people who go above and beyond to share kindness and joy.

Mickelson left his high-paying job in 2012 and started the nonprofit Sleep in Heavenly Peace to provide handcrafted beds to children in need.

"And then on the back, it has my picture and a little bit about what we do, saying we've built over 55,000 beds," Mickelson said.

The good news just keeps coming! 🎉 We are SO EXCITED to announce that we're teaming up with Lay's to help celebrate...

Posted by Sleep in Heavenly Peace on Monday, September 14, 2020

The idea for Sleep in Heavenly Peace all started after Mickelson built one bunk bed, then went on Facebook to see who might know a family who could use it. The response was overwhelming.

The number of kids in Idaho and across the country who don't have a proper place to sleep at night soon became apparent to Mickelson.

When Maggie O'Mara featured him as a Seven's Hero in 2016, he and his small team of volunteers had built about 100 beds.

A lot has happened since then, Mickelson says.

Being featured as a Seven's Hero gave a big lift to Sleep In Heavenly Peace, Mickelson said, and he's hopeful teaming up with Lay's will do the same.

"The first thing they said is, 'We want to take pictures of you smiling, as many pictures as you can.' So I went outside by my friend's house and just with my phone, we took, oh I don't know, 50 pictures," he said. "Different pictures, like smiling or sticking your tongue out or kissy face.  One of them said, you know a lot of people spell the alphabet.  You know, a, e, i.  And I think they picked the E."

Mickelson's smile is on the bag of Cheddar and Sour Cream potato chips, as well as the Limon flavor. He says he never thought he'd see himself on store shelves - or have so many people recognize his pearly whites.

"We see that in grocery stores or gas stations. And then I'm also on the Wavy Sea Salt and Pepper.  That's the one bag I haven't seen yet," he said. "I'm getting pictures from Alaska, from Florida, New York, Texas all over the place."

Mickelson says the national exposure couldn't have come at a better time. COVID-19 hit his non-profit hard, with donations were down 85% as the demand for children needing beds was going up.

Sleep in Heavenly Peace will get a portion of the proceeds from each specially-marked bag of Lay's sold from now through December.

"To go toward our mission no kid sleeps on the floor in our town," Mickelson said.

To learn more about Sleep in Heavenly Peace, or to apply for a bed, visit the group's website here.

See all of the latest episodes of KTVB's newest show in our YouTube playlist: