Cranney Farms in Oakley has thousands of potatoes they were expecting to sell. Instead of dumping them, they gave them away. 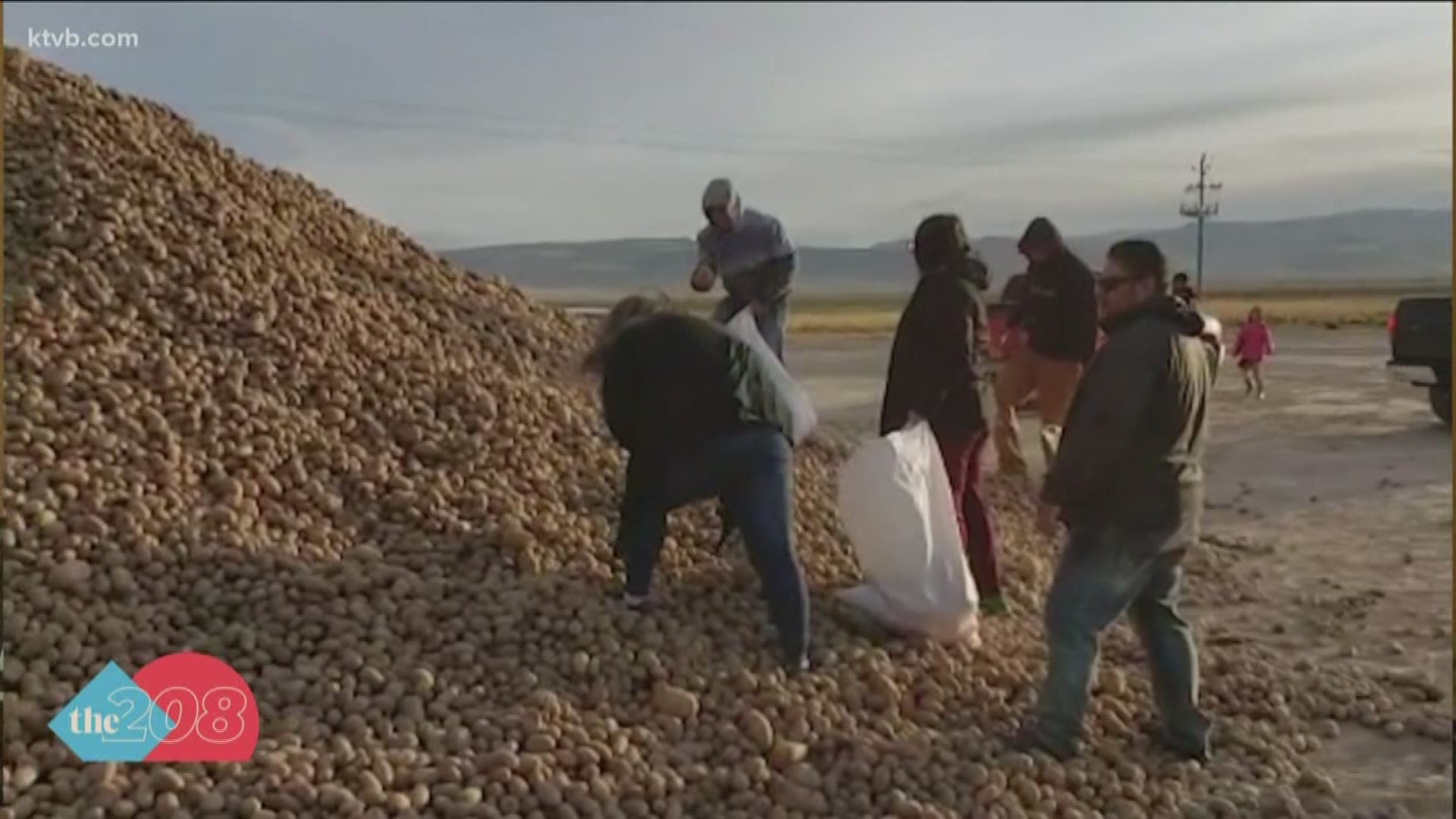 OAKLEY, Idaho — Tough decisions, that's what a lot of businesses are dealing with as the COVID-19 pandemic wreaks havoc on the economy.

One decision for Idaho farmers, what to do with all the crops that they can't use.

Some have been forced to simply throw it away.

Cranney Farms has thousands of potatoes they were expecting to sell, now though things are much different.

“I didn’t really have a market for those potatoes, it’s something I would have had to dump or go to like cattle feed,” said Ryan Cranney, CEO of Cranney Farms.

So, Cranney Farms decided they would share their crop, and advertised on Facebook writing simply, free potatoes.

“I just felt like it could be something to maybe give back to the community. I know people are struggling financially with the shutdown of the economy,” Cranney said.

Cranney Farms has operated for about 113 years, never in that time have they had people swing by to pick up potatoes in mass amounts.

“There’s been times where there were 20 or 30 cars there at a time it looks like,” Cranney said. “I think in the next several hours, most of that will be all gone.”

And, people have visited to pick up potatoes from all over. “Somebody’s coming from Moscow, Idaho, which was quite amusing to me,” Cranney said.

While the pile of potatoes may be soon be gone, the worry about what’s next is not.

Cranney explains that a majority of potatoes go into food service.

A lot of his product, for example, ends up being French fries.

“All the way from the upscale restaurants to the family sit-downs, diners. Stuff like that,” Cranney said. “That’s just taking a total beating. Food service numbers are down, restaurant business down maybe 80 to 85% down in some places.”

If pandemic conditions continue, there are millions of dollars of potatoes that could have a similar fate, not being sold.

“Unfortunately, there may just not be enough demand and eventually some of them are going to end up going for either cattle feed or be dumped,” Cranney said.

Farmers across the board are wondering what the impact financially will be. For Cranney farms, it’s still wait and see.

“So, we won’t really know that number until August, but I think it is going to be painful for a lot of people,” Cranney said.

Already though, tough decisions for future seasons have had to be made.

“We’ve decided to cut back the number of acres of potatoes that we are planting for the 2020 year. I think the only thing worse than not planting, is planting them and not having a market for it,” Cranney said.

So, while this situation is extremely tough for operations like Cranney farms, Ryan Cranney says it is encouraging to see people coming together, like at his now-famous Idaho potato pile.

“A lot of the people there were not necessarily gathering for themselves, but they were gathering for someone else and going and delivering those to friends, neighbors, someone they know is struggling,” Cranney said.

Update: By Thursday afternoon, Cranney farms was down to their last few thousand potatoes.

Cranney says it's been interesting to watch his pile shrink from where it started.

The Farm expected to be out of potatoes by late Thursday, but it looks like there may be some around Friday.

Until then though, Cranney expects traffic to continue.

At KTVB, we’re focusing our news coverage on the facts and not the fear around the virus. To see our full coverage and the latest COVID-19 case numbers, visit our coronavirus section here: www.ktvb.com/coronavirus

Facts not fear: More on coronavirus

Closures: List of venues, sporting events, and public buildings closed or canceled due to coronavirus concerns