The baby's mother, D’Lanny Chairez, told police she gave up the boy for adoption, though authorities say that story has changed. 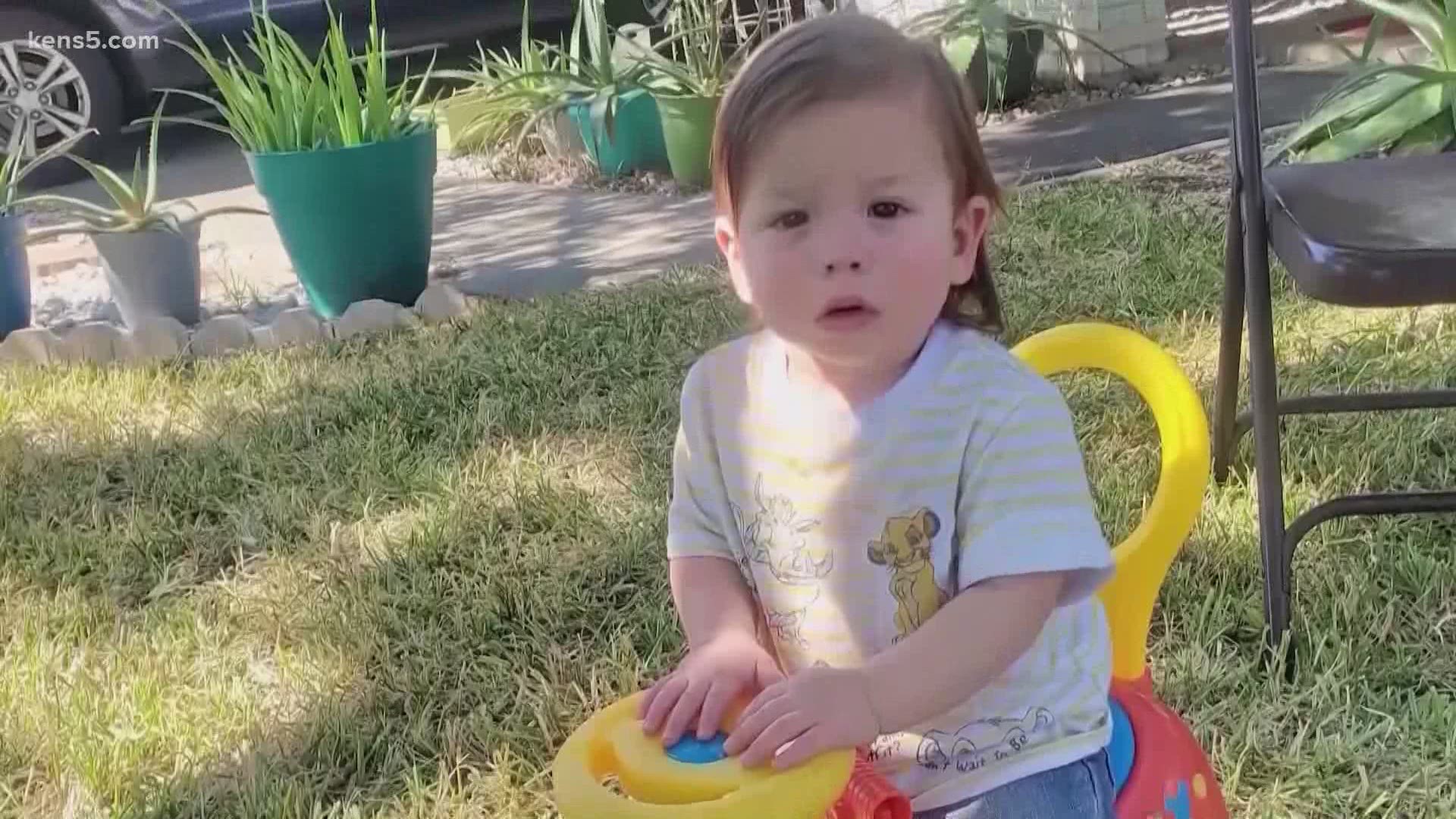 The case has garnered national attention and taken investigators on twists and turns. James's mother, D'Lanny Chairez, is still in jail. Her aunt, Mariesol Gomez, is torn between sorrow and justice.

"I am so broken," she said on Wednesday. "I hate the feeling that I am feeling right now. I stopped hearing the detective when he said, 'We have a positive ID on him.'"

His body was discovered at a mobile home where he'd lived with his mother.

"Now, I am left with what happened to him," Gomez said. "Did he suffer? Was he cold?"

San Antonio Police initially started searching for the missing mom and baby in February. Surveillance video last showed James alive on Jan. 4, with D'Lanny pushing him in a stroller.

The mother was found and arrested in March.

She reportedly told investigators she wanted to give her child up for adoption because she wasn't ready to be a mother. Police say that, since then, she has been silent on his whereabouts.

"I will never understand how she can do that," Gomez said.  "James was so little, so loving."

Gomez just wants her niece to speak up.

As of right now, the mother is charged with abandoning or endangering a child. Given the recent news, it's unclear if she could be facing more charges. The cause of death is still unknown. The family is still waiting on the autopsy.

The aunt said homicide investigators are still overseeing the case and have no new updates.

If you would like to support the family, the nonprofit KJ's Angels is helping out.

"I was holding on to hope," KJ's Angels Founder Jasmine Anderson said. "It is very surreal right now."