Collision between 18-wheeler, train has local authorities reminding truck drivers to use caution

The eye-opening incident was caught on video. 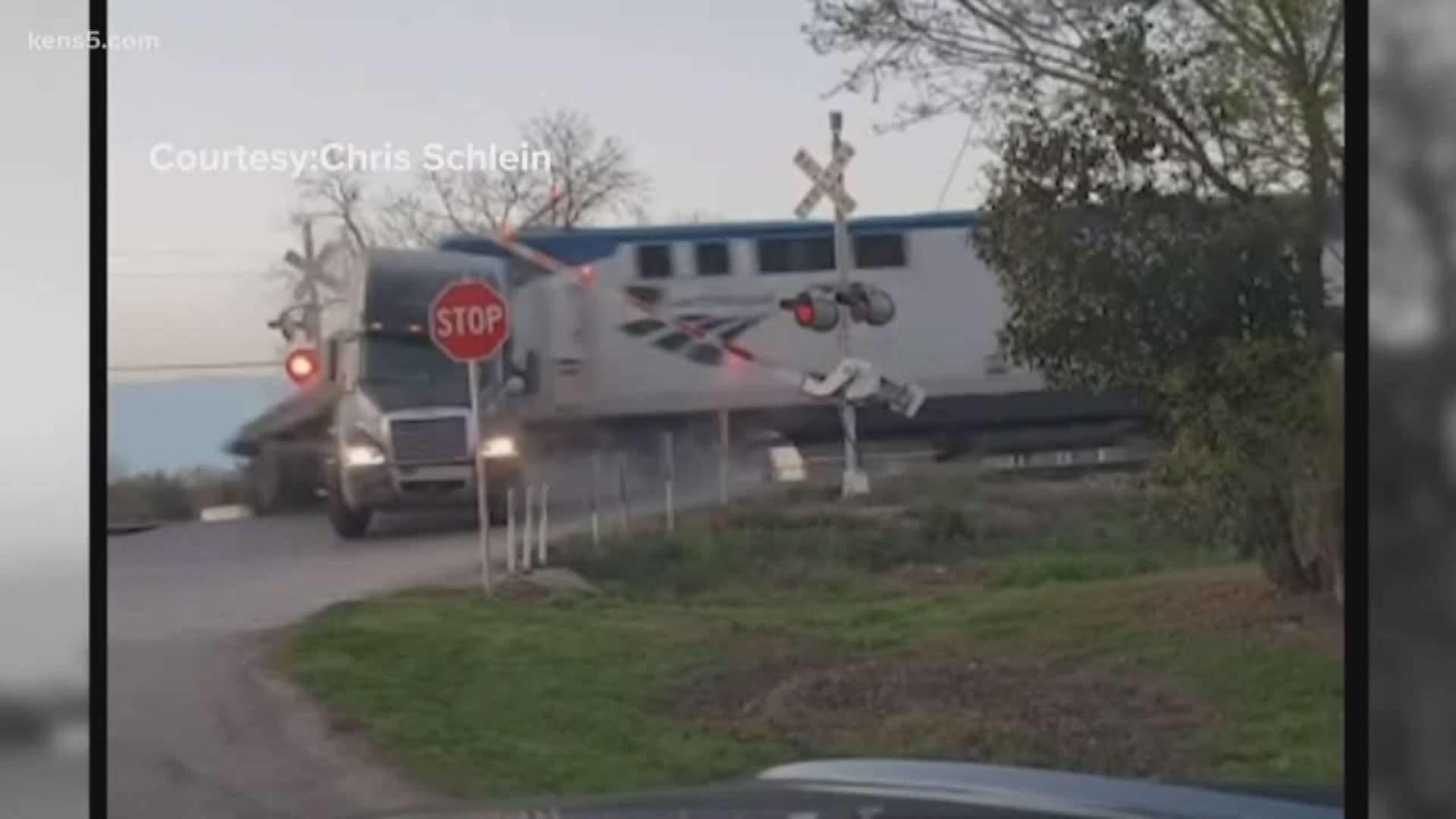 SAN ANTONIO — An Amtrak train plowed into a tractor-trailer stuck on the tracks in Cibolo Tuesday morning, leading local authorities to remind truck drivers to "use caution while attempting to go over railroad crossings."

No one was injured in the incident, which occurred at Country Lane and FM 78 shortly before 8 a.m. According to Amtrak, there were 116 passengers on board.

The crash was captured on cell phone video by Chris Schlein, who was on his way to work Tuesday morning when he witnessed the eye-opening crash.

The driver of the 18-wheeler got out fast. In the video, he can be seen running away from the flying debris and avoiding injury. Cibolo Police officials tell KENS 5 the big rig was stuck on the tracks due to it being high-centered and the driver not realizing the tracks were so high. Police say the company is Cemex.

Police report the driver was told by their dispatcher to take the route; officers are advising against that in the future.

"Because of the type of trailer he had, it had low clearance on it," Schlein said. "It got hung up on the train tracks because they came up to a steep point."

“The safety of our customers, employees and public is our top priority. Amtrak has a police department with a national safety mission and a partnership with Operation Lifesaver, a national, non-profit safety railroad education group whose goal is to eliminate deaths and injuries at railroad crossings and along railroad rights of way. With programs in all 50 states and Canada, the organization has trained volunteers who provide free safety talks to community groups, school bus drivers, truck drivers and student drivers to raise awareness of the dangers around railroad tracks and trains.”

"It sucks the truck got hit," Schlein said. "But train versus truck, train always wins."