18-wheeler crashes off of bridge

For unknown reasons, the semi veered off of I-35, hit a guardrail and then drove off a bridge. 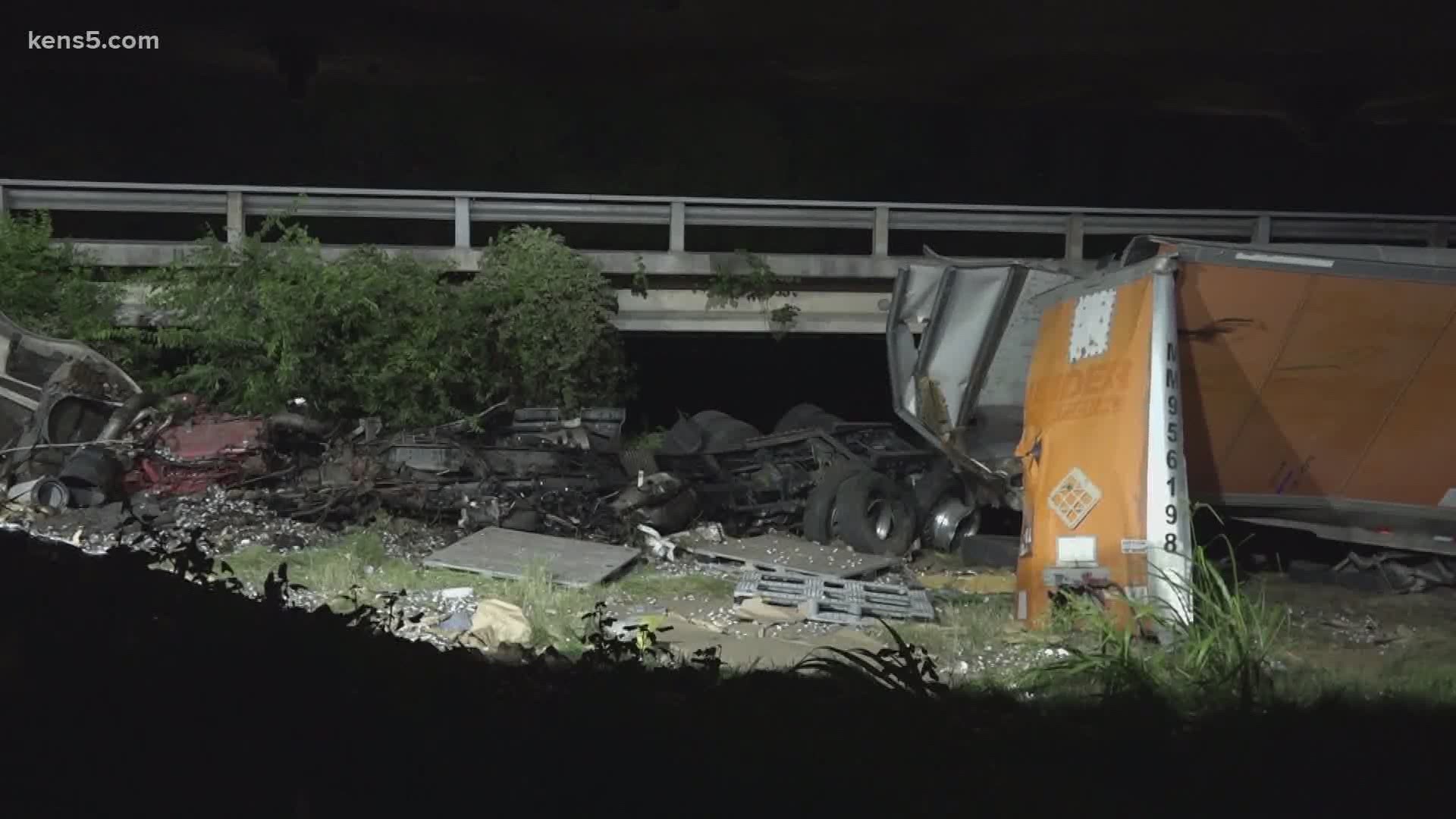 SAN ANTONIO — The driver of an 18-wheeler is recovering in a hospital this morning after driving the semi off of a bridge.

Emergency crews were called out to an 18-wheeler crash along I-35 half a mile north of the Shepard Road exit around 11 p.m. Thursday.

At the scene, units found a semi that had driven off of a bridge and came to rest in the dry creek bed below with very significant damage.

An official with BCSO said that for unknown reasons, the semi veered off of I-35 while going northbound, hit the guardrail, and then drove off a bridge.

The driver was taken to a nearby hospital with minor injuries.

The section along I-35 near where the crash took place was covered in aluminum cans as the semi was carrying materials used to make aluminum cans for beverages.