18-wheeler driver dies after spinning out on icy road, crashing into wall

The driver of the 18-wheeler, a 51-year-old man, crashed into the wall and was ejected. 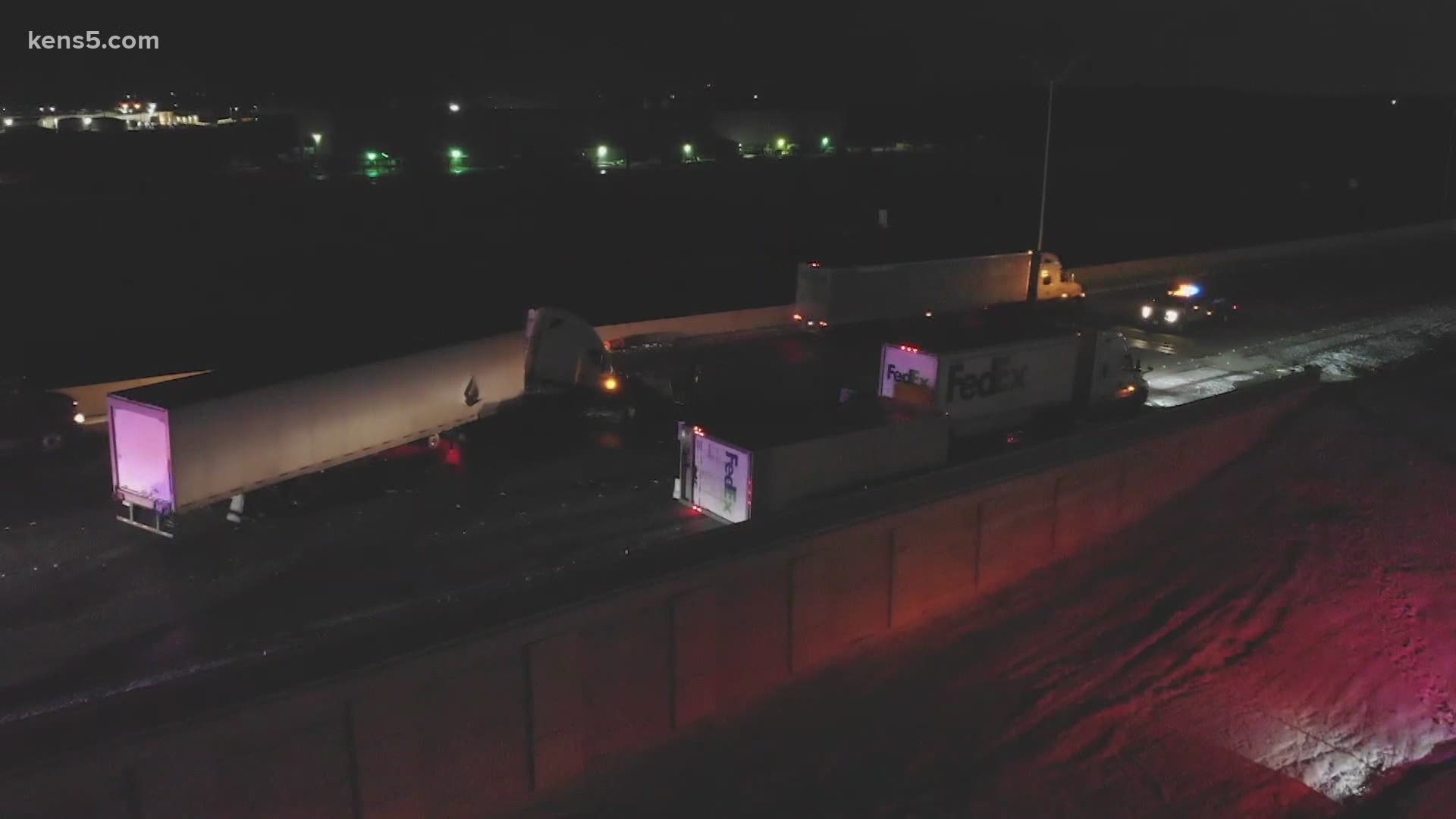 SAN ANTONIO — The winter weather and icy roads may be to blame for a deadly big rig pileup on the city's far east side.

The San Antonio Police Department said an SUV spun out on the ice and hit the wall on the bridge. The driver was able to get out of the car, but the vehicle had to remain in the main lanes of traffic.

Around one hour later, an 18-wheeler came along, reportedly driving "too fast for road conditions," saw the car on the bridge, attempted to slow down, but then crashed into the abandoned car.

The driver of the 18-wheeler, a 51-year-old man, then crashed into the wall and was ejected, police said. Authorities said he was not wearing a seatbelt. He was taken to Brooke Army Medical Center, but passed away at the hospital.

Following the crash, a driver of a FedEx truck attempted to slow down, and then one of their trailers flipped over.

The freeway remained closed while authorities investigated and cleaned up the wreckage.