A trailer carrying 54 illegal immigrants on Laurelhurst Drive on the north side of San Antonio was stopped and is under investigation. 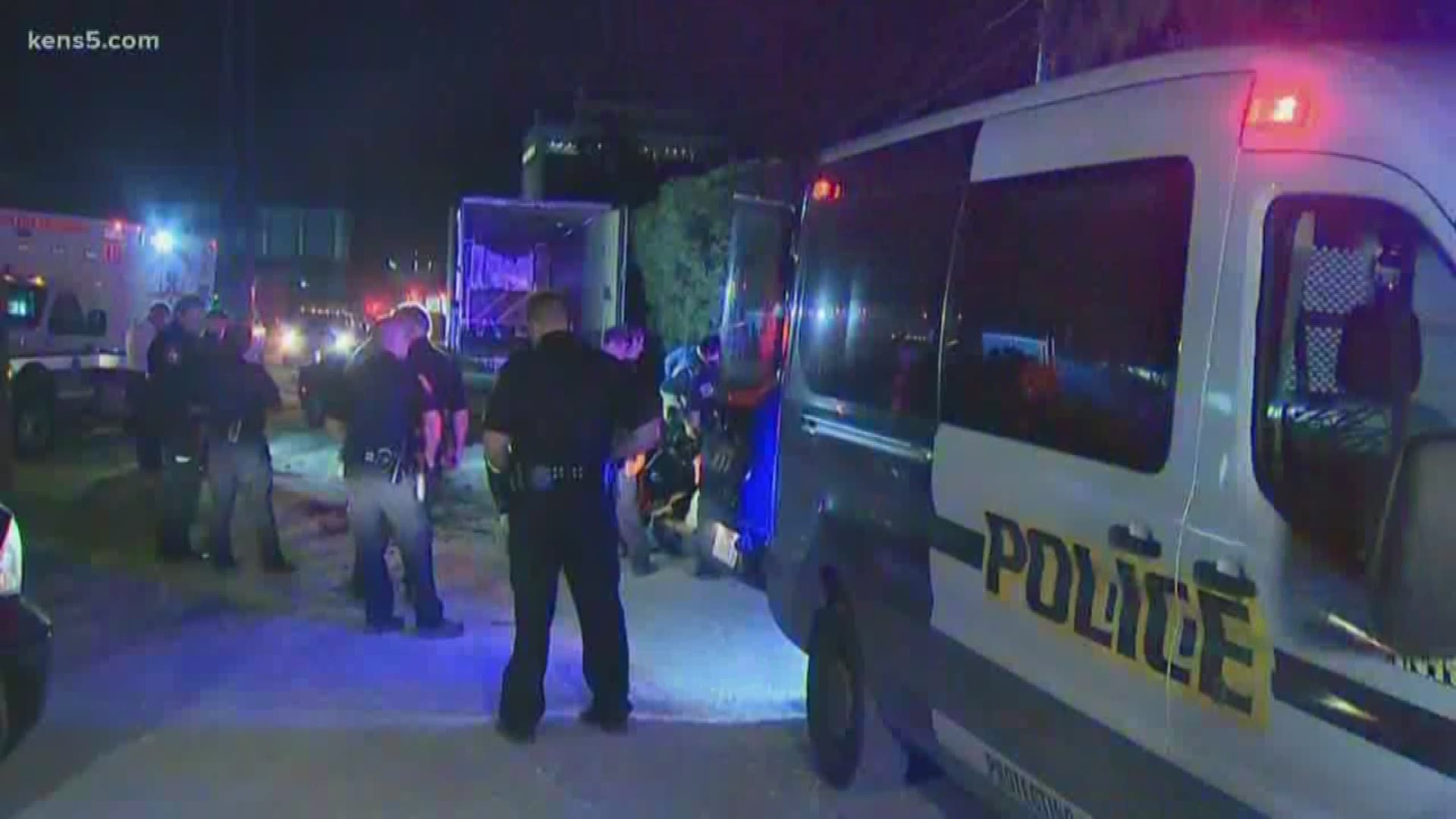 Dozens of illegal immigrants are in a detention center on Wednesday after they were rescued from a smuggling attempt on Tuesday night.

The immigrants were found inside an air-conditioned big rig in an alley adjacent to Laurelhurst Drive inside Loop 410 at about 8:30 p.m. Tuesday.

According to officials, the immigrants came from Mexico, Guatemala, El Salvador, and Brazil.

The immigrants included men, women, and a few children, all of whom were preteens or older. Some of the people were treated by EMS for minor injuries.

Gerardo Carreon, a 36-year-old U.S. citizen from Laredo, has been taken into custody. He expected to be charged with felony human smuggling violations, according to officials with U.S. Immigration and Customs Enforcement’s (ICE) Homeland Security Investigations (HSI), although it's not clear if he was the driver of the vehicle.

Officials say the truck was cool and the people had water in the trailer, but they were hungry.

RELATED: 'Those are my people': Good Samaritan buys pizza for detained immigrants

"This was a totally different situation from the last time we had this," San Antonio Fire Department Chief Charles Hood said, referring to an incident last year where some smuggling victims died after being found in a trailer on the southwest side. "This is not like last time when we had a bunch of body bags. There are agents at the hospitals talking with people. We are compassionate and providing good care. Each person has been medically screened."

A representative from the Refugee and Immigrant Center for Education and Legal Services (RAICES) was on hand to advocate for the peoples' right to legal counsel.

"We help people seek asylum," said Jenny Hixon, RAICES Director of Education and Outreach. "We need to be humanitarian. We need to do something that is consistent with our values. We must show dignity and respect. We don’t know where they are going. There are lots of detention centers around South Texas."

Officials emphasize that this is an ongoing investigation. HSI is conducting the criminal investigation, meaning this is a federal investigation. They said that because of the large number of people, they are going through interviews, criminal history checks, and being identified. Then they will go through the removal process. It is not clear where the smuggling victims are currently located.