Authorities took several hours to clear the roadway, and no injuries were reported. 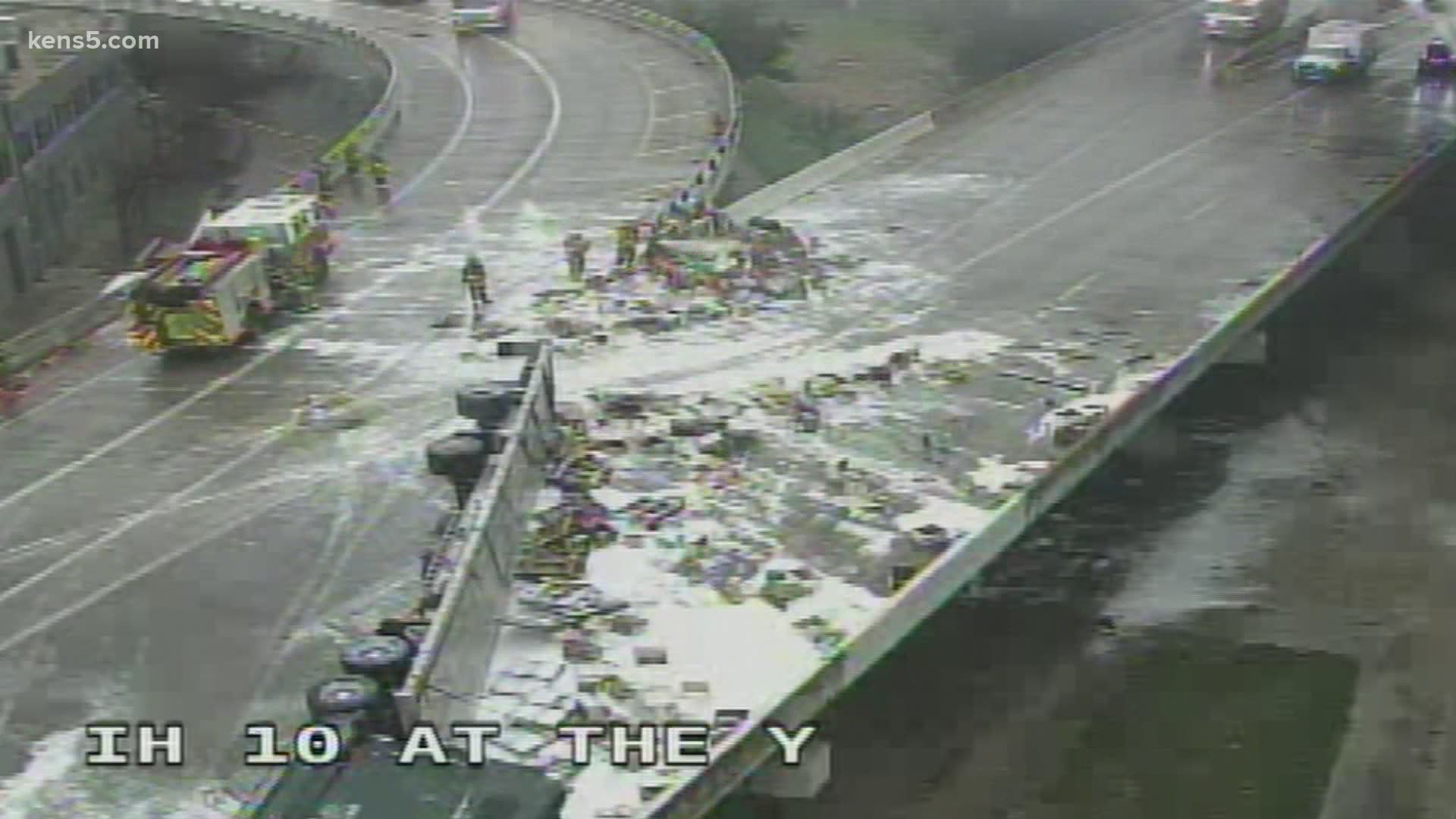 SAN ANTONIO — An 18-wheeler carrying honeybees flipped over near downtown.

The incident happened around 11 a.m. Sunday on Intestate 10 West at the Finesilver Curve.

Authorities said the truck was carrying honeybees. No injuries have been reported as of now, but crews are having to deal with large swarms of bees. As of 4 p.m., cleanup was still underway. Crews finished up and the roadway was back open before 6.