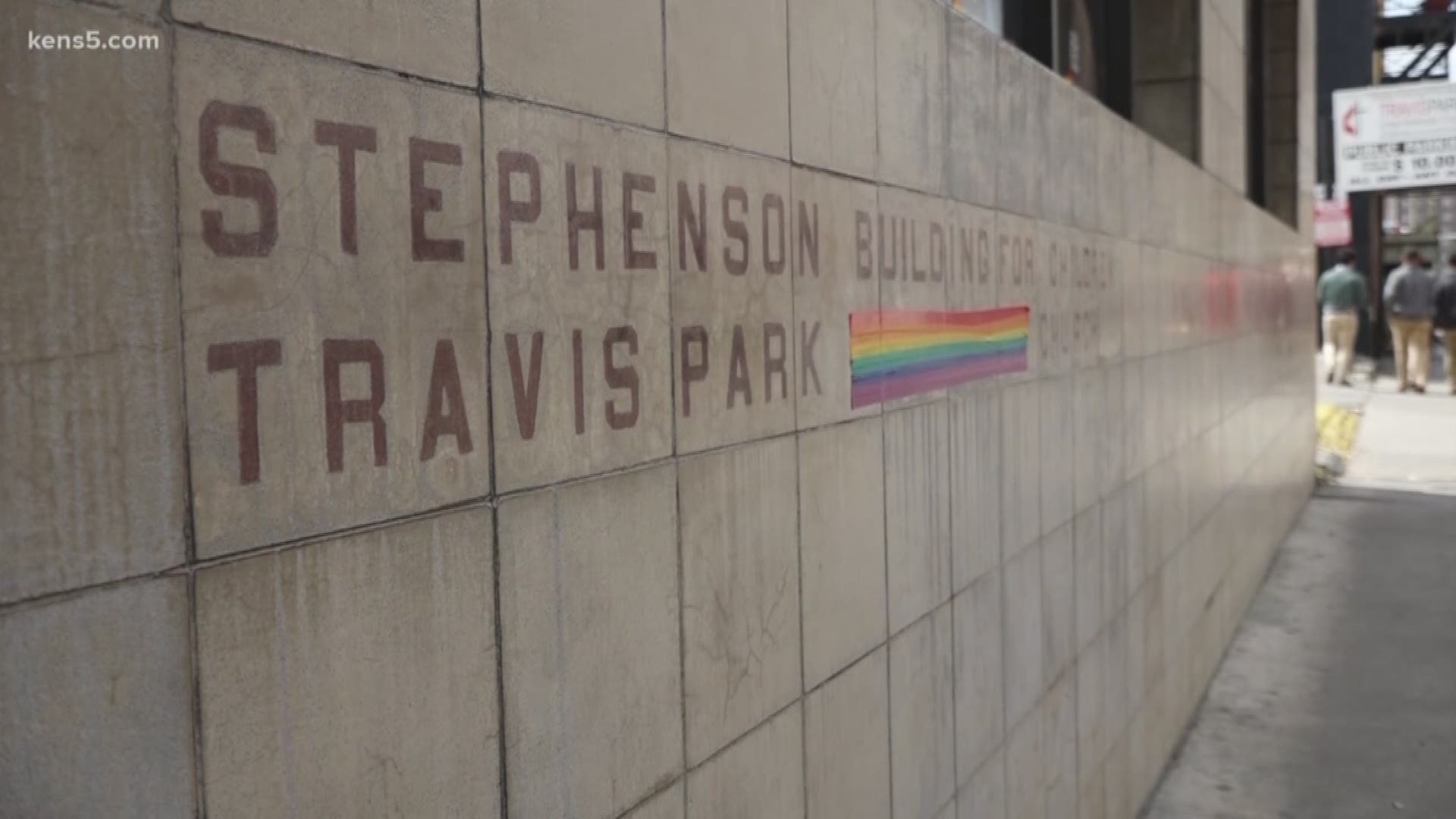 SAN ANTONIO — A downtown-area church will distance itself from the United Methodist Church after a vote regarding gay marriage.

The former Travis Park UMC disagrees with the vote, having been in favor of recognizing gay marriage and gay ordained pastors. The church will now be called Travis Park Church.

Photos from outside the building show "United Methodist" blocked out with rainbow tape, a symbol of the LGBTQ community.

"This a tumultuous time and we need to find the partners that make sense for us," Eric Vogt, the senior pastor, said on Friday.

The church also decided to withhold apportionment, which are payments that support the broader Methodist Church. Travis Park Church says they will hold gay marriage ceremonies.

"We are a part of a movement and we're doing this together to say that God is leading us in a new way," Vogt said.

A way that comes with a lot of uncertainty. Vogt said he doesn't yet know what the penalties are in defying the church's decision.

But it's a risk he has faith in.

"That's the thing about taking a bold statement. Sometimes we don't know yet what all the ramifications of that might be," he said. "For me, this is what it means to follow Jesus and be faithful and love and serve this congregation – and this city – to the best of my ability."

KENS 5 reached out to the Rio Texas General Conference, the organization that oversees all UMC's in South Texas. The conference has not yet responded.