Lake Dunlap's future is grim after spillway fails at nearby dam 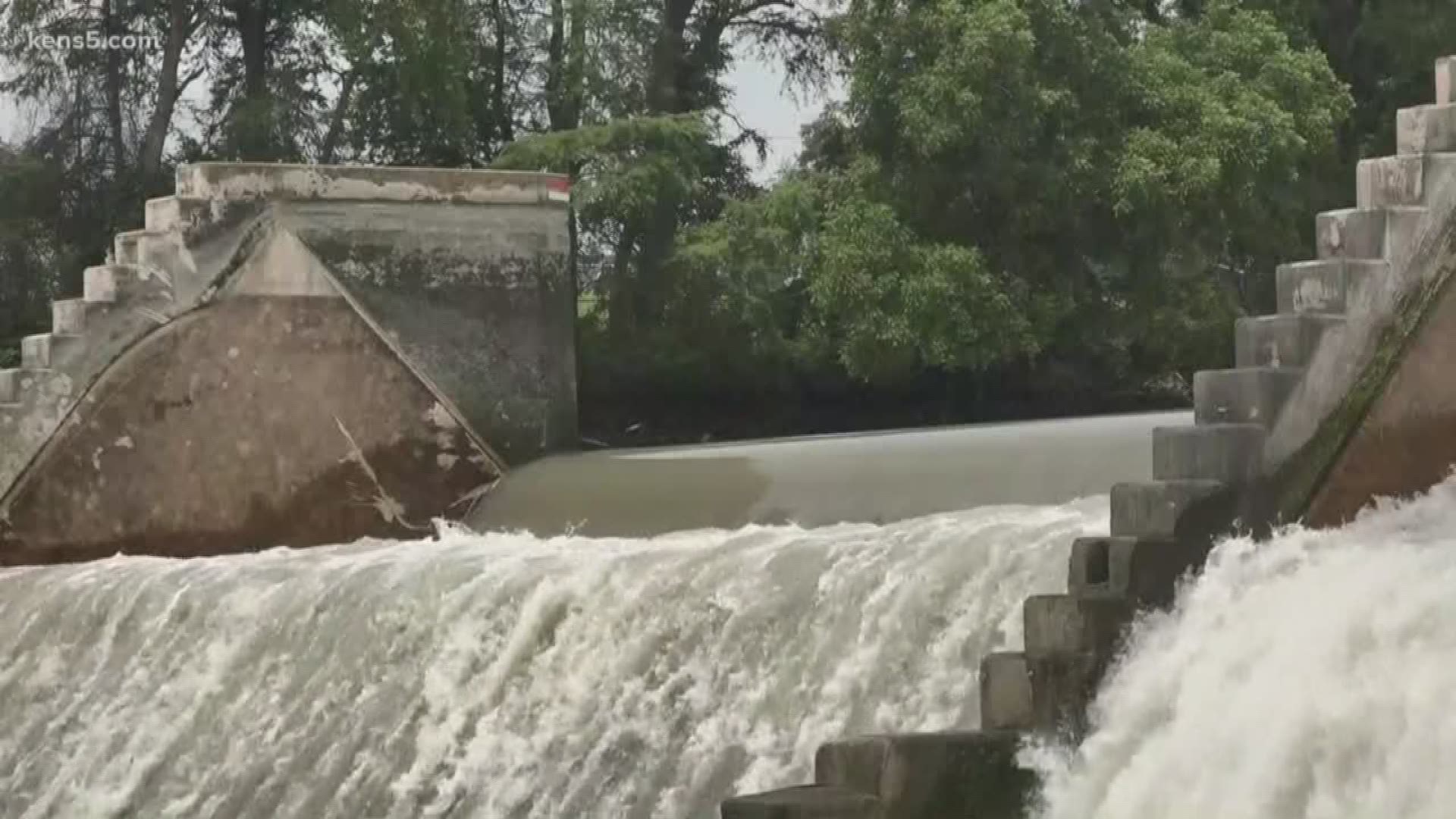 NEW BRAUNFELS, Texas — Water levels along Lake Dunlap were decreasing all day Tuesday. This came after a spillway gate failed, causing water to push out of the gates and out of the lake, according to the Guadalupe Blanco River Authority.

GBRA officials said they anticipated the lake will be empty by the end of the day Tuesday.

Neighbors are tight-knit in this lakefront community and are devastated at the thought of losing their favorite summer oasis. Like Brooklyn Caffey, who has been coming to Lake Dunlap since she was a little girl.

“My favorite thing was when the boats or Sea-doos would pass by we would jump in on the waves,” she said.

Lake Dunlap, once a vacation spot in their own backyard, is now slowly draining away. “It’s a little depressing, looking at it now,” said Caffey’s grandmother, Karen Storch.

Storch has been bringing her family to the lake for over 30 years, and has never seen it look so barren. “I’ve never seen this kind of damage before,” she said.

GBRA officials said a spill-gate on the Lake Dunlap Dam failed Tuesday morning around 8 a.m., causing massive amounts of water to push through the gates—and drain the water from Lake Dunlap.

Water levels on the lake decreased quickly. GBRA officials said the lake lost at least 8 feet by midday. Patty Gonzales from the GBRA said they anticipate the water to be nearly drained by Tuesday night.

“You will see some river flow because the U.S. Army Corps of Engineers are releasing water from Canyon Dam,” she said.

Gonzales said the spill-gates are over 90 years old.

“We’ve been working with engineers to design spill-gates for all six of the dams in our district,” Gonzales said. “Those designs are not yet ready. The cost is probably tens of millions of dollars per dam, so funding is definitely an issue.”

Gonzales said engineers are still trying to determine why and how the gates failed. “This is something we did not anticipate,” she said.

Neighbors along the lake are concerned about the long-term impact of losing the lake.

“It’s going to be tremendous,” said Kay Ku, who has lived lakeside for over a decade. “Our economy in New Braunfels depends on the water trade.”

Ku said she still cannot believe the damage it’s caused. “I feel sad that the water is going to disappear for a long time,” she said.

All of these neighbors said they’re heartbroken about how fast their paradise was swept away.

“I’ve never seen it this low. They lower it sometimes to clean it out, but this is really amazing,” said Storch.