13 students were arrested in a 2017 hazing scandal involving the school's football, basketball and baseball players. 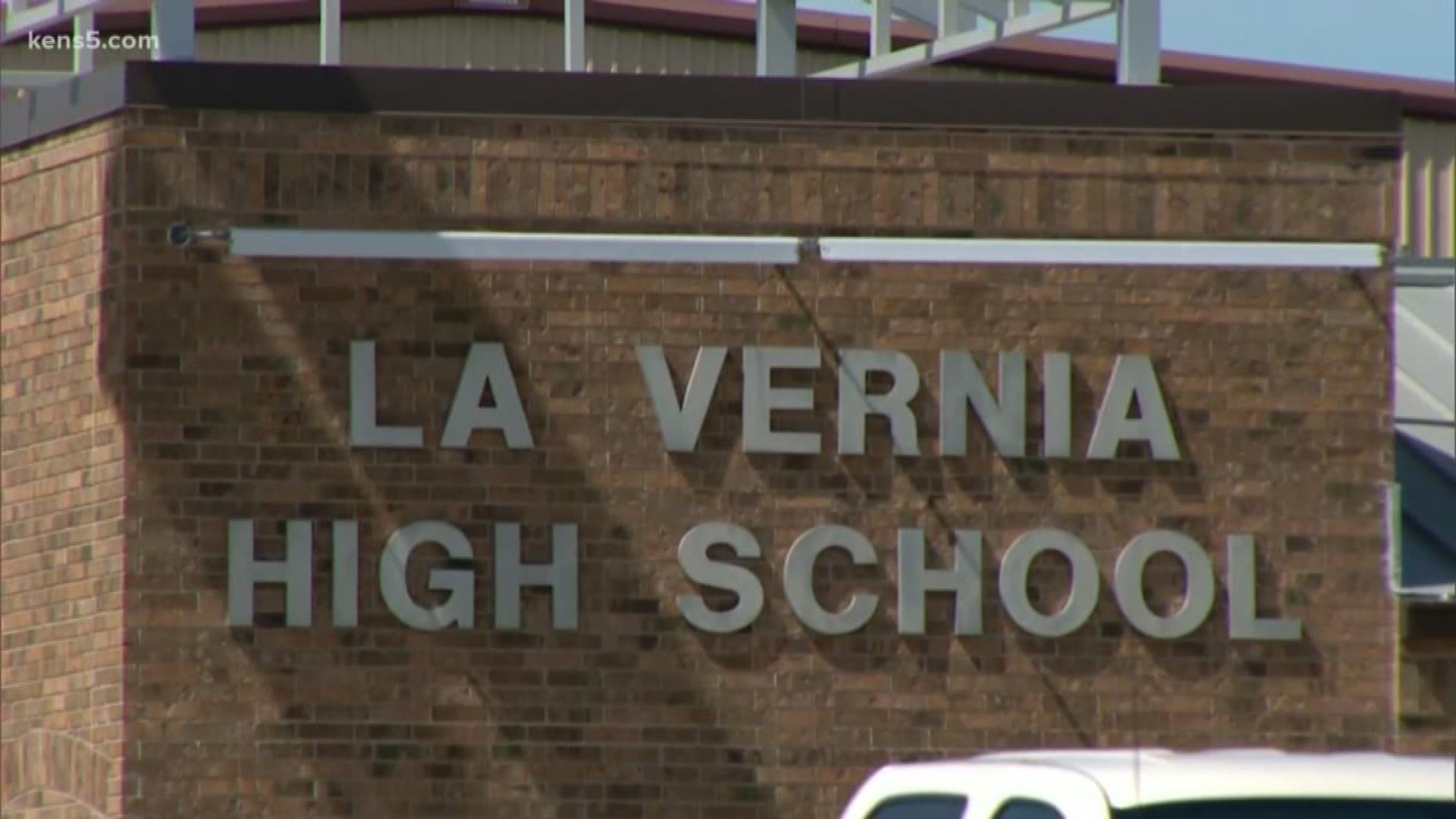 Four former La Vernia high school students have been indicted on charges of engaging in organized criminal activity. These charges are the result of an investigation into the sexual assault of multiple students.

The former students are accused of performing "hazing rituals," that started in 2014. So far, 10 victims have come forward, according to officials.

The arrests were made two years ago when the suspects were 18. 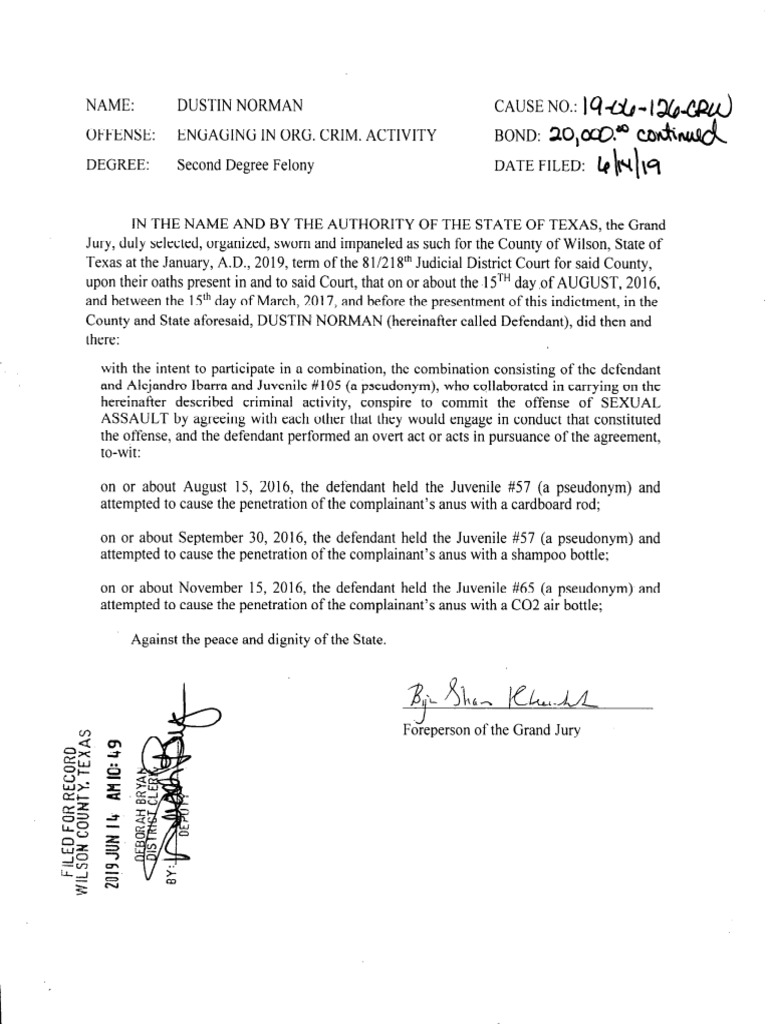 Indictment - Dustin Norman
NAME: DUSTIN NORMAN CAUSE NO.: 1Q-1y~199-CRU) OFFENSE: - ENGAGING IN ORG, CRIM, ACTIVITY BOND: 20,000 candy DEGREE: Second Degree Felony DATE FILED: ulsha IN THE NAME AND BY THE AUTHORITY OF THE STATE OF TEXAS, the Grand Jury, duly selected, organized, sworn and impaneled as such for the County of 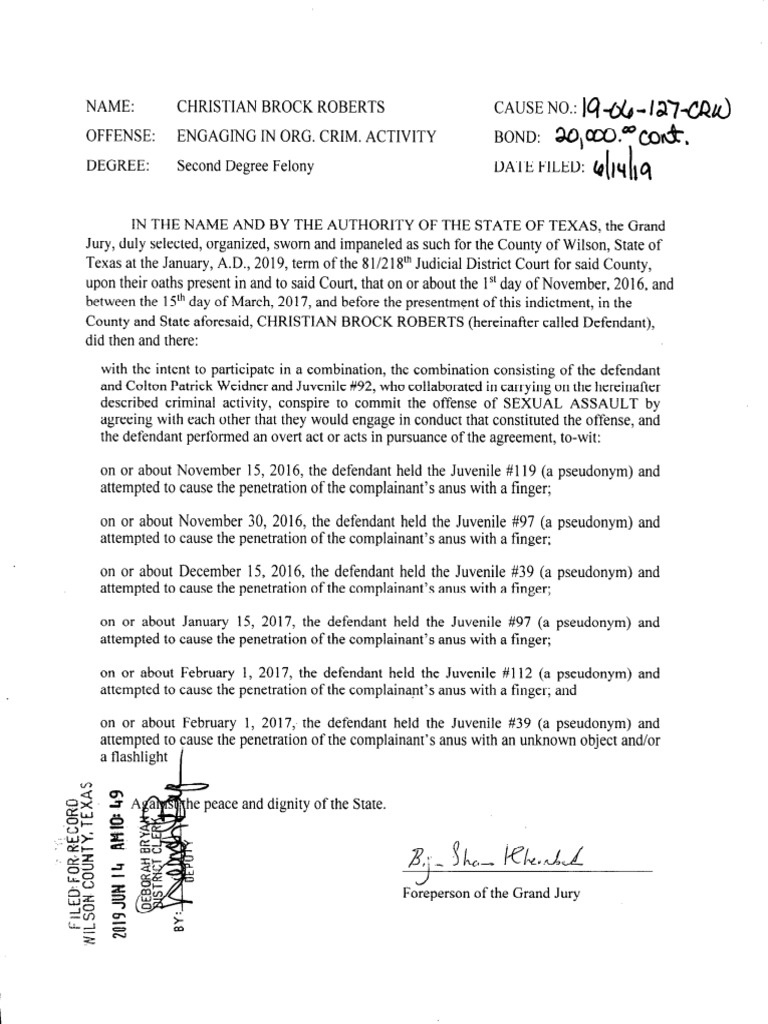 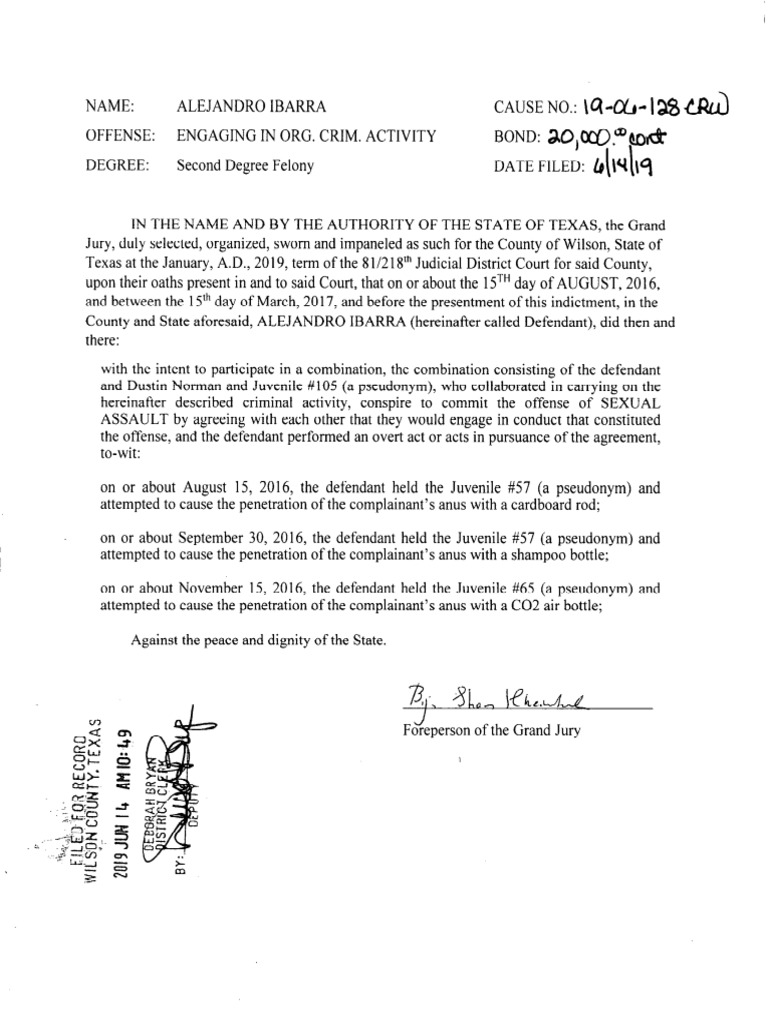 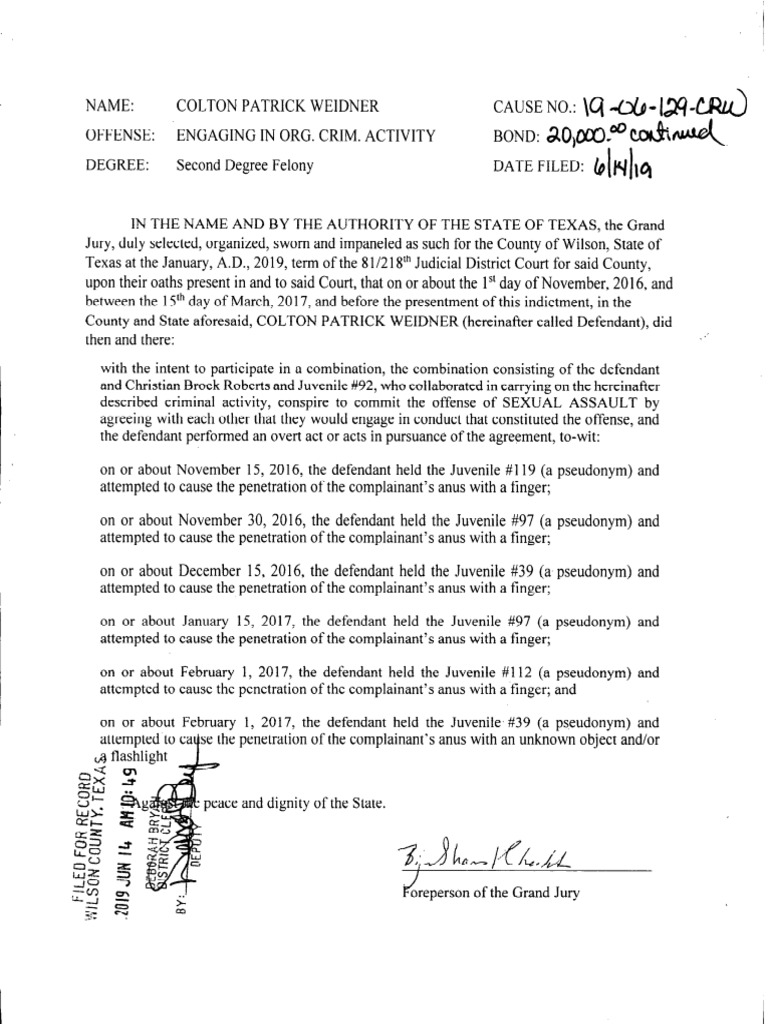 RELATED: School sex assault scandal: What could this mean legally for students and school?

RELATED: Board meeting to be held over high school sex assault incident