Student musicians from John Jay High School are the first in San Antonio to represent the area at the National Orchestra Festival. 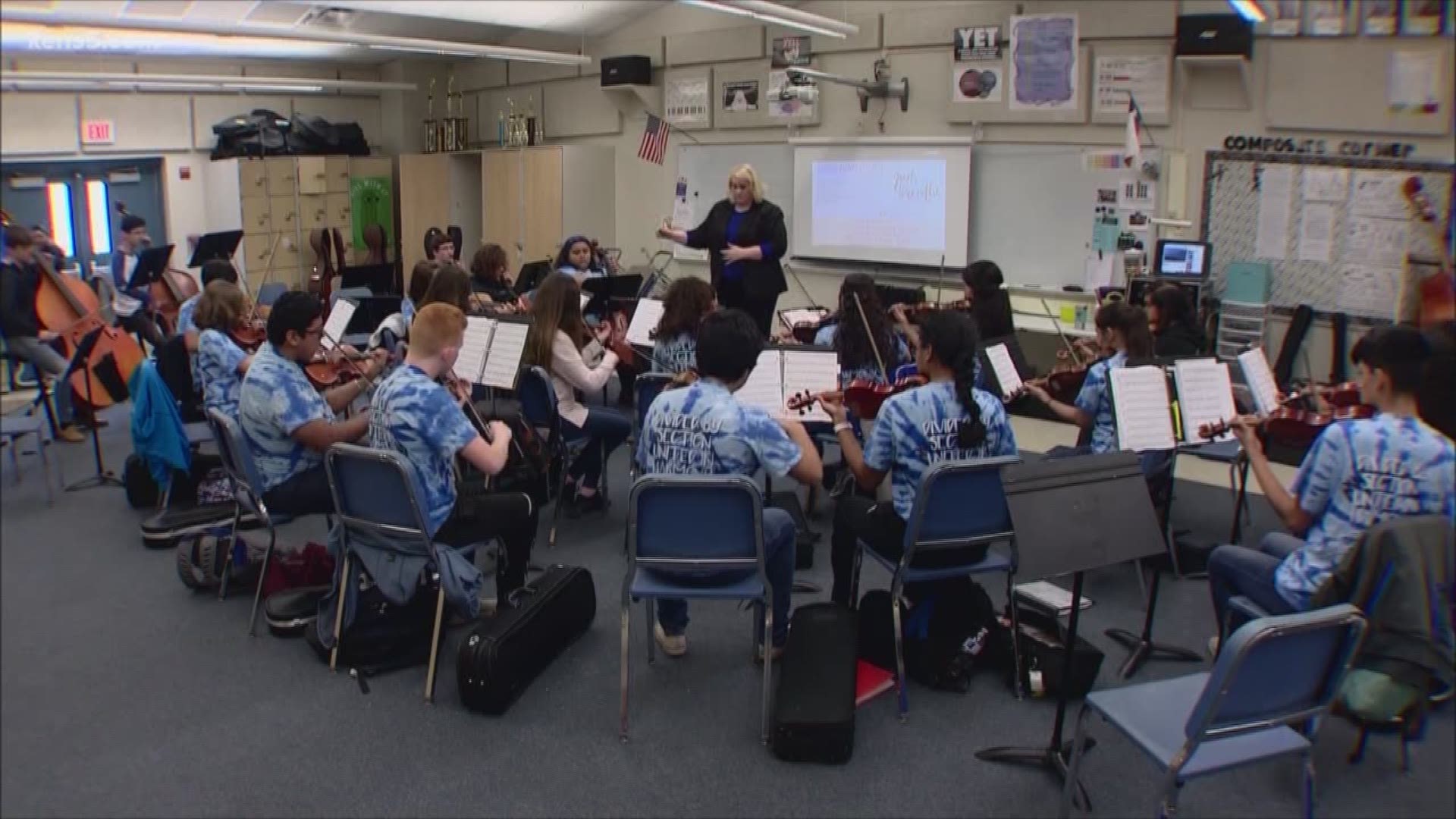 SAN ANTONIO — The John Jay High School chamber orchestra is heading to Orlando in March for the National Orchestra Festival in affiliation with the American Strings Teachers Association.

Gonzalez is the orchestra and Rockin' Stringz Director at John Jay High. She said 25 students will make the trip to Florida. They are trying to raise $8,000 on FansRaise to charter a bus and for student meals. According to Gonzalez, they hope to have the money raised by February 21.

"They are my babies. And I'm just like a parent," she said. "I'm so proud of their hard work."

The students will perform six selections during a 40-minute performance showcasing their range in music. Everything Gonzalez said from classical music to rock.

"I think we are unmatched in my personal opinion like not only do we have the tome, quality, the technique, the intonation," Abigail Patino said. " We have chemistry with each other, which is a lot of things that other orchestras and band groups can't attain."

Patino is a senior cellist at John Jay. She has enjoyed her experience so much the thought of leaving because of graduation brings tears to her eyes.

"You live your life here and it's crazy that it's like so fast. It's just going so quickly and you don't even see it go by."

Vincent Tomasetti is also a senior cellist. He said he spends well-invested hours with the orchestra.

"It's a place that I can come every day, make music, be happy and have a family, a sense of community, kind of a home away from home," he said.

He enjoys the outreach and trips the award-winning group makes. They perform everywhere from retirement homes to Carnegie Hall.

Gonzalez said John Jay High School is a Title 1 campus. So, the students don't have access to private lessons like the lion's share of students they'll compete against in March.

But that doesn't mean her students can't afford hard work, commitment, and pride.

"I found out over the winter break kids decided to have sectionals on their own," she said. "They met on their own to practice without any instruction."

The student learned about being accepted to the National Orchestra Festival on a bus coming back from another competition. She said the kids started cheering.

Got a story about an outstanding or unique kid and/or students? Send us an email at  Greatkids@kens5.com. #KENS5GreatKids