Brayden Chatland found out hundreds of children in San Antonio don’t have a bed. He figured out a way to give them a place to lay their heads. 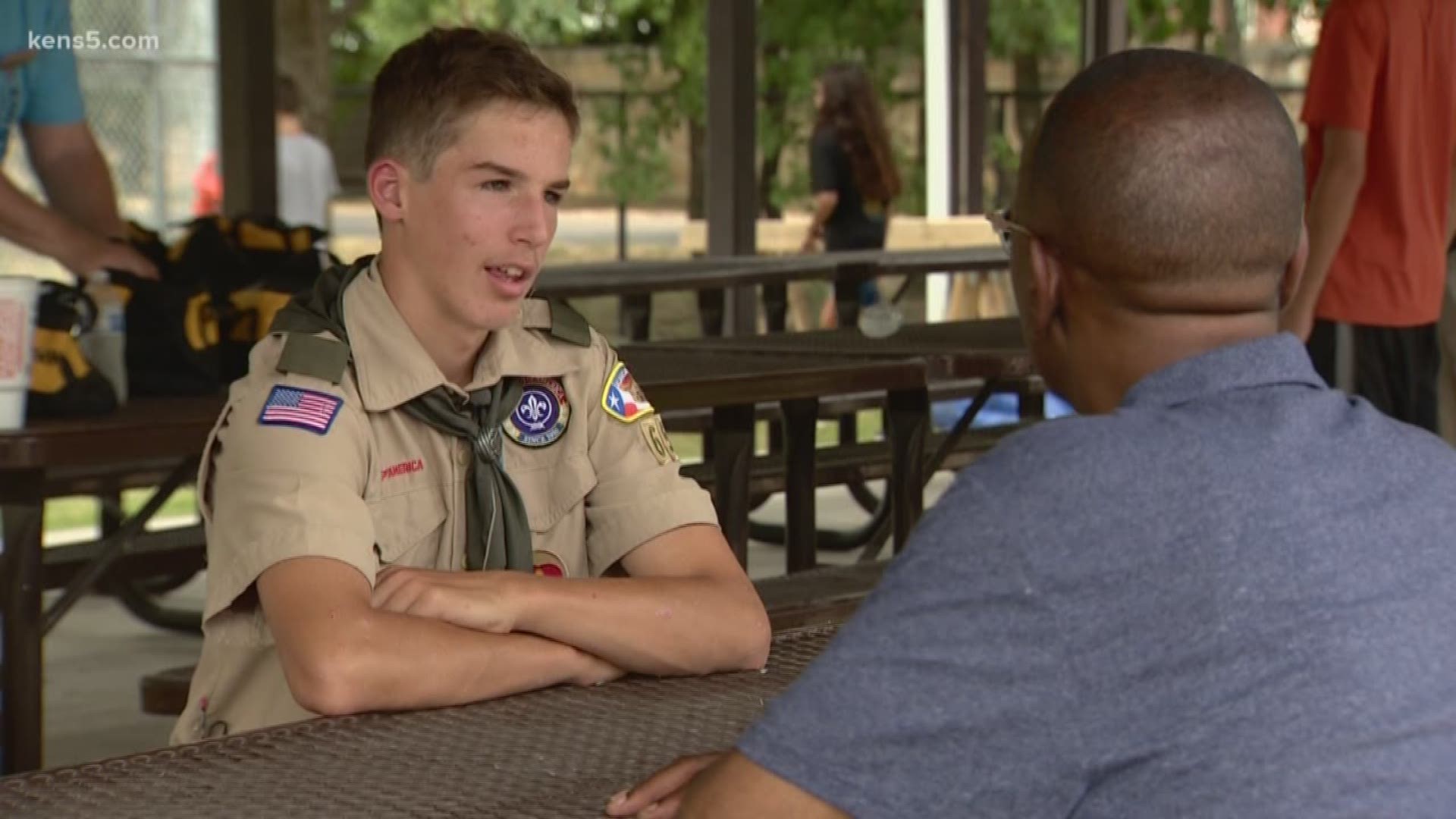 SAN ANTONIO — Brayden Chatland is cognizant of how good his family has it. So, when he learned there are kids in San Antonio who didn’t have a bed, he coordinated an effort to help.

“I don’t have to sleep on the floor or couch or have like three to four siblings in the bed with me,” He said.

The 15-year-old is trying to become an Eagle Scout. He partnered with non-profit Sleep in Heavenly Peace to build bunk beds for children in need.

“Just the thought that kids like my age ---older and younger---don’t have a bed,” He said.

Sleep in Heavenly Peace has 1,400 applications requesting beds. The beds cost $350 each to build. Sponsors donate the money to buy the material for the wooden bunk beds. Chatland's goal was to build ten.

He is admittedly a low-key shy guy. The project pushed him outside of his comfort zone. He had to fundraise and coordinate the build day with Sleep in Heavenly Peace.

“He’s always been a really hard worker,” Kim Chatland said. “We haven’t seen him take on as much leadership as before. I think this was a real opportunity to push him into that role.”

His mother Kim said they went over several projects but the bed building stuck.

Chatland, who has four siblings, revealed his youngest sisters are adopted. He got an opportunity to peek through their experiences into the world of the bed less.

“They talked about a sibling who didn’t,” Kim said. “And so sometimes they were in that same situation.”

Brayden assembled a team of builders to help him build the beds next to his church in Helotes. The group’s manufacturing effort sounded like a swarm of bees at work.

“Brayden did an amazing job,” Eddie Arnold said. “He’s a caring kid who wants to help other people out.”

Arnold is the president of the San Antonio chapter of Sleep in Heavenly Peace. They hope to build 500 bunk beds by the end of the year. Chatland’s build day will help 20 kids he said.

“When you see a kid receive a bed who hasn’t had a bed for a long time or ever---the joy on their face is amazing,” He said.

That’s the part Chatland said he’ll cherish the most. The joy of the children getting a place to lay their head. He is also thankful for the lessons he learned during the project.

“I can make a difference even if it’s small,” He said.

Have a story about a kid doing great things in South Texas? Send Marvin an email: greatkids@kens5.com #KENS5GreatKids