A woman hosting a garage sale is the second person this month to report counterfeit bills in Kerrville. 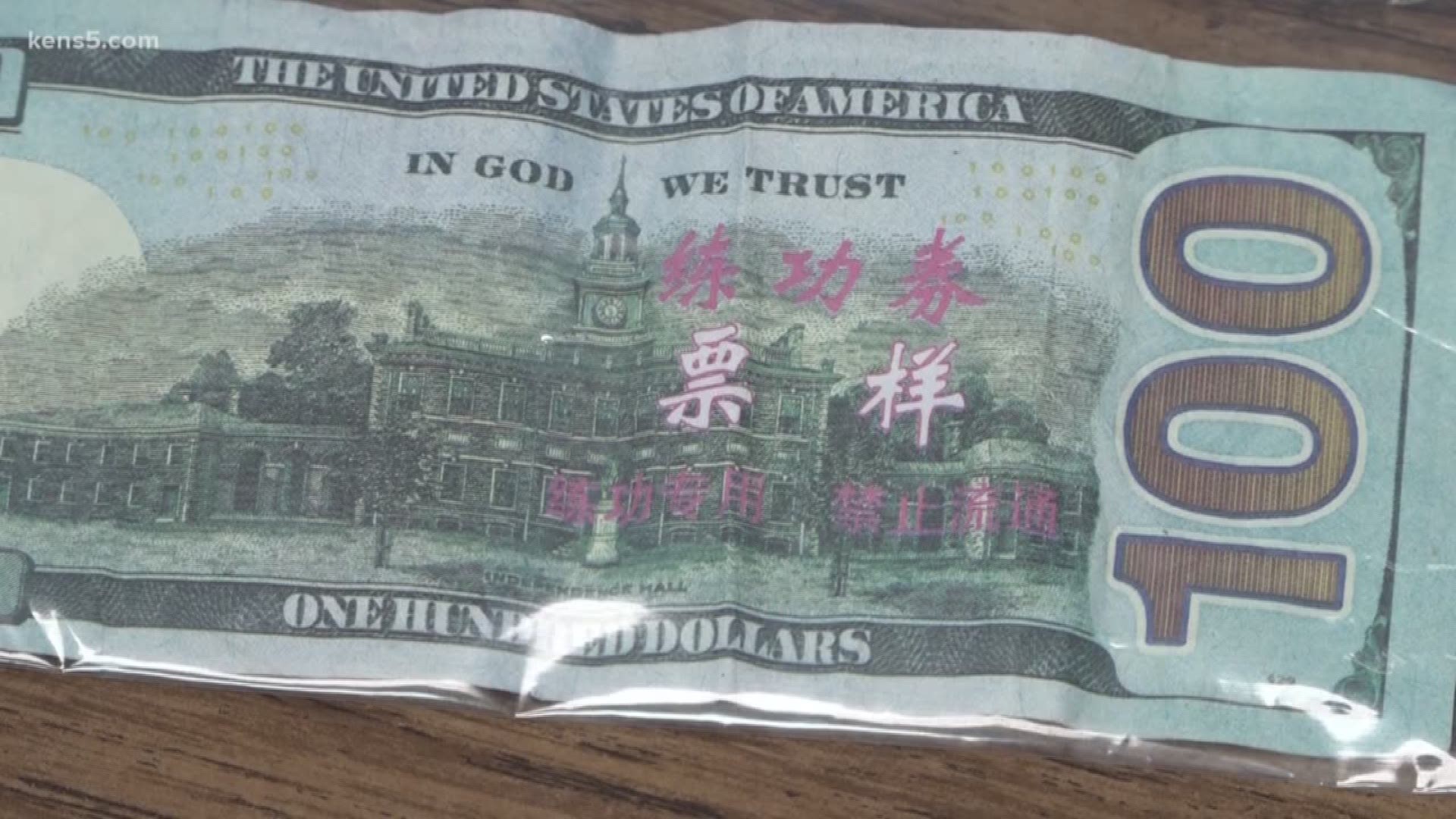 SAN ANTONIO — A Kerrville woman is distraught after she says she received counterfeit money this weekend at a garage sale. She is the second person this month to report counterfeit bills in Kerrville.

Melissa Leonard a couple who bought items at her garage sale over the weekend paid with a $100 bill. She says she noticed some writing on it, but accepted the bill.

“When I unfolded it I noticed some hot pink writing. You see people write on bills all the time so I didn’t question it,” Leonard said.

The couple bought $40 worth of items and Leonard gave them $60 in change. It was not until the couple drove off that she realized the money she received was counterfeit.

Leonard gave the bill to police.

The clues it was a fake were red Chinese characters, watermarks that are missing or altered, and unusual texture. In the last year there have been five reports of counterfeit bills in Kerrville. The most recent, ten days ago, was also at a garage sale.

Leonard says she hopes she can raise awareness of the issue, and prevent it from happening to others.

“If I can help someone be more aware or cautious of taking money, then that’s what I want to do today,” Leonard said.

Kerrville police released descriptions of the suspects. They are looking for a black male, in his mid twenties, about 6’ 02”, with a stocky build and a full beard. The woman they are looking for is in her mid-twenties, and is heavy set with blonde hair and tattoos. Police say they were possibly driving a blue van.

Kerrville Police say if you think you know who they are or are in possession of one of these counterfeit bills, contact them immediately.