A Safer Path uses grants from the Victims of Crime Act, federal funds they stopped receiving due to the shutdown. 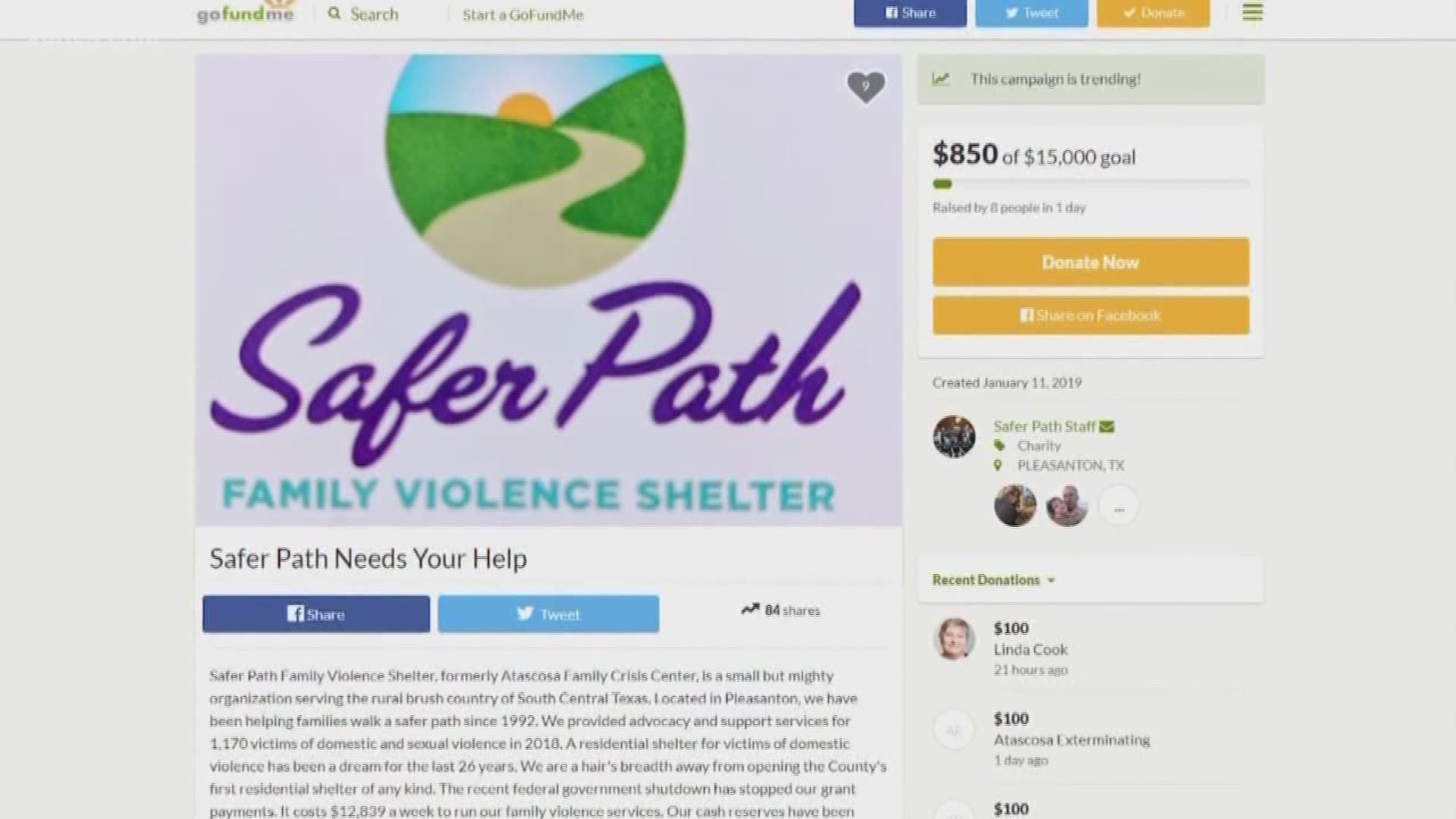 PLEASANTON, Texas — It's the smallest of towns, that often times hurt the largest. For Rhonda Williamson, that can be said about the city of Pleasanton.

"It's heartbreaking," Williamson said as she peered into the empty rooms of what is set to be only domestic violence shelter in Atascosa County.

After working diligently for the last three years the organization expanded into a residential shelter set to open in a matter of days. But due to what is now the longest government shutdown in U.S. history, the opening has stalled.

"Due to the government shutdown I have not been able to hire and pay the staff who run the shelter portion of our program," Williamson said.

A Safer Path uses grants from the Victims of Crime Act, federal funds they stopped receiving due to the shutdown. Now Williamson can't open up the shelter, she also can't keep the normal services they've provided for decades fully operational.

"We have another week of full operations and then we will start scaling down to 75% and then halftime after that," she added.

But the Executive Director of A Safer Path hopes to avoid that. Williamson created a GoFundMe page to cover the costs it'd take to stay fully operational while the shutdown continues.

"We have clients that need to come in," she pleaded.

"We're praying that this is a very short term need that things get back up and running the way they're supposed to and the shelter we worked 26 years to open doesn't take another 26 years to finish."

The GoFundMe page reports it costs more than $12,000 a week to run the family violence services. According to Williamson in 2018, the organization served more than 1,100 clients.