Crest is expected to be 36-feet-six-inches which would be the third highest ever recorded in Elsberry. 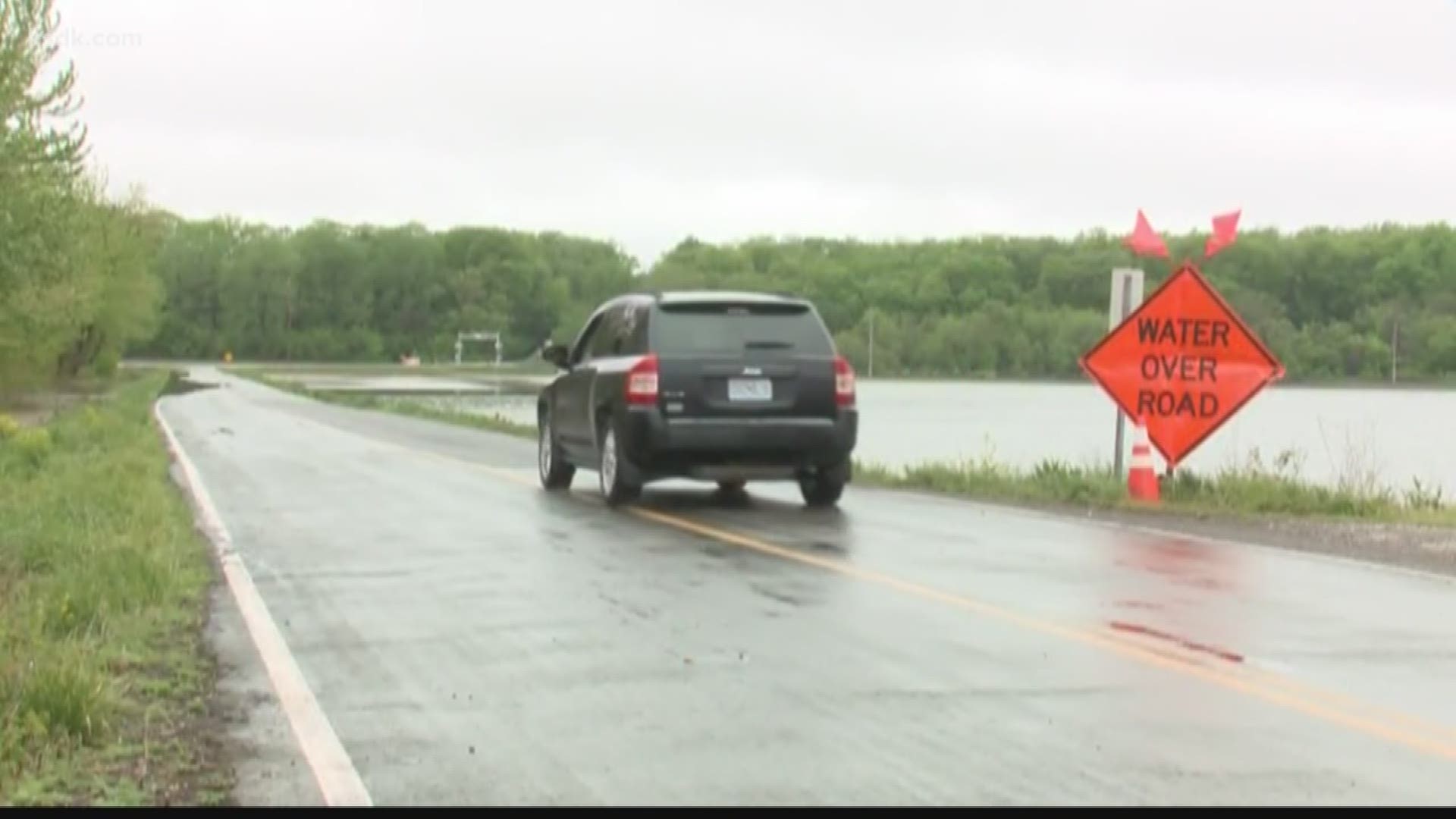 ELSBERRY, Mo. — People in Lincoln County are in a race against the clock while mother nature is bearing down on them.

Rivers are expected to crest at near-record levels in the next couple days.

Emergency Management officials said this is expected to be the third highest crest on record at 36-feet-six-inches.

That number is only an inch below the 2008 flood and a foot below the catastrophic flood of 1998.

Water is rising in Lincoln County.

Terrible news for the small farming community of Elsbury.

The only good news, most farmers have crop insurance.

"You know they’re going to be somewhat taken care of but not made whole, I mean how would you like it to go a whole year without a paycheck? Because if they lose this they’re not getting a paycheck till next October,” added White.

In the meantime members of the community are coming together, filling sandbags to try and stop the water from topping the levee.

"I don’t know exactly how much this is going to help but you have to figure our efforts are going toward some good place,” explained one volunteer.

"With the current river forecast of 36’6” a little bit upriver and 36’9” a little downriver depending on the levee that’s kind of right there,” explained Sharp.

Something Sharp said shouldn’t be taken lightly, but people in Elsberry have been through this before.

Now that they’ve prepared all they can, the only thing for these farmers to do is hope and pray mother nature backs down.

"It’s disheartening and you hate to see it for anybody so that’s why we come down here and try to do what we can do,” added White.