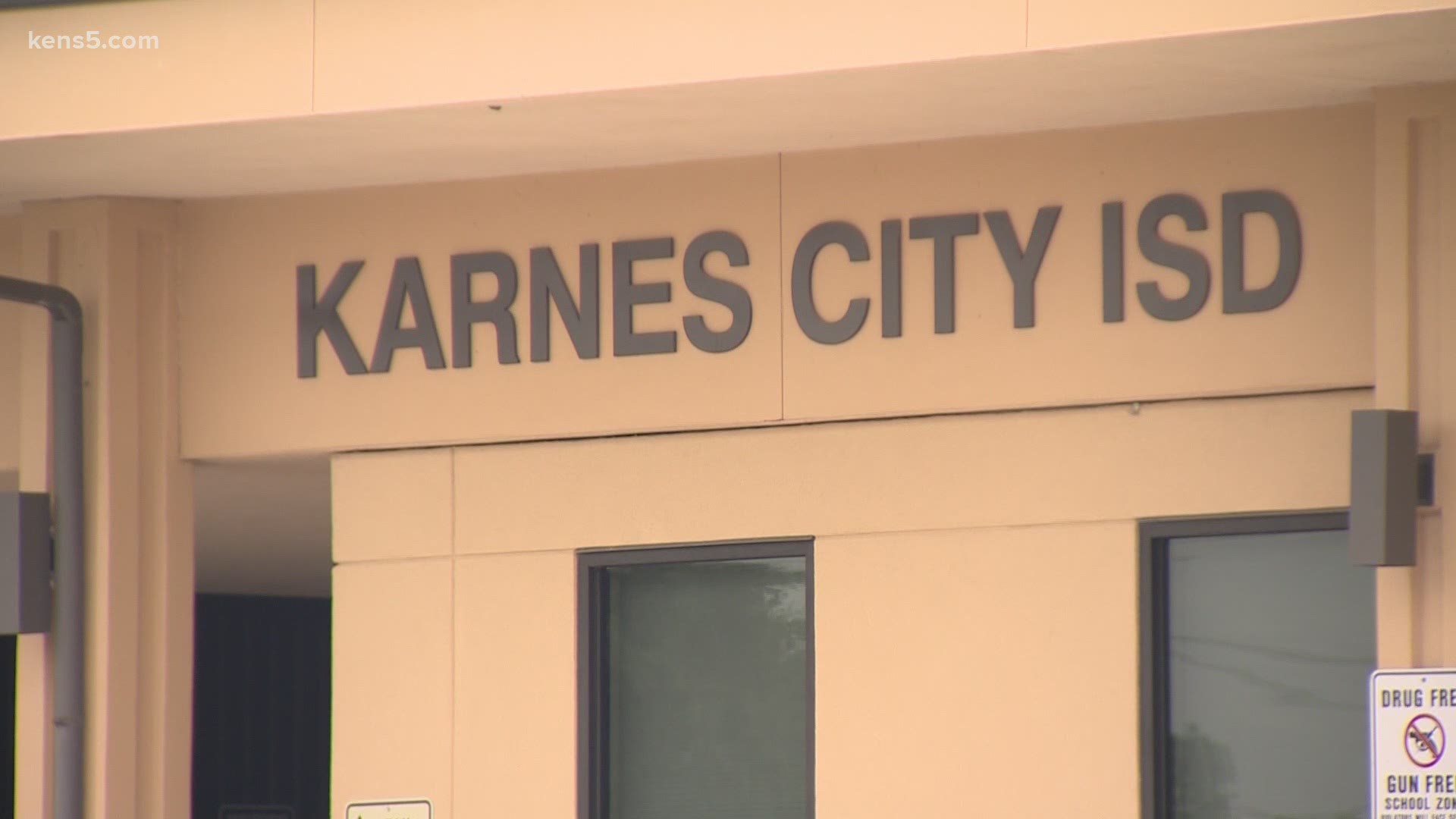 KARNES CITY, Texas — Hector Madrigal is nearing his first anniversary on the job as superintendent of the Karnes City Independent School District. But after the first nine weeks of the new school year, the inevitable came knocking on his system's door.

"It was sometime last week, and we started off with a couple of people that had come up — showing up positive," he said.

According to Madrigal, the coronavirus kept spreading. He went from a couple cases to 8-9 school district employees who tested positive for COVID-19.

School officials shut the system down for two days, including extracurricular activities.

"This was in the best interest of our students and staff," Madrigal said. "It was a difficult decision, but it was the right decision, and we'd make it every time."

Letters went out to students' parents. Madrigal said he governs around 1,400 students and staff. So far, no students have been affected.

"There are no kids. No students," he said. "But that's not to say that — that may not happen."

The schools are being deep cleaned and will reopen Monday. Madrigal said, even students who were still doing distant learning, are off until then.

A tweet from the system's athletics said a Friday night football game is moved to Monday too. Badger fans will have a rare chance to experience Monday night football. No practices are allowed until school reopens.

"We're just trying to keep it as normal as possible," he said.

The superintendent said he would not identify the school employees, or where they work. He said the virus' impact is already taxing on the victims and their families.

Madrigal said they move forward, knowing the threat of the coronavirus is present and real.

"Must have missed that day in school when they went over pandemic response, because there is no game plan on how to deal with this," he said.