Wild Video: Ga. driver jumps on hood to prevent pandemic thieves from driving off with his car

Most categories of major crime are down double digits since the start of Atlanta’s stay at home order. But some business owners are seeing an increase in theft. 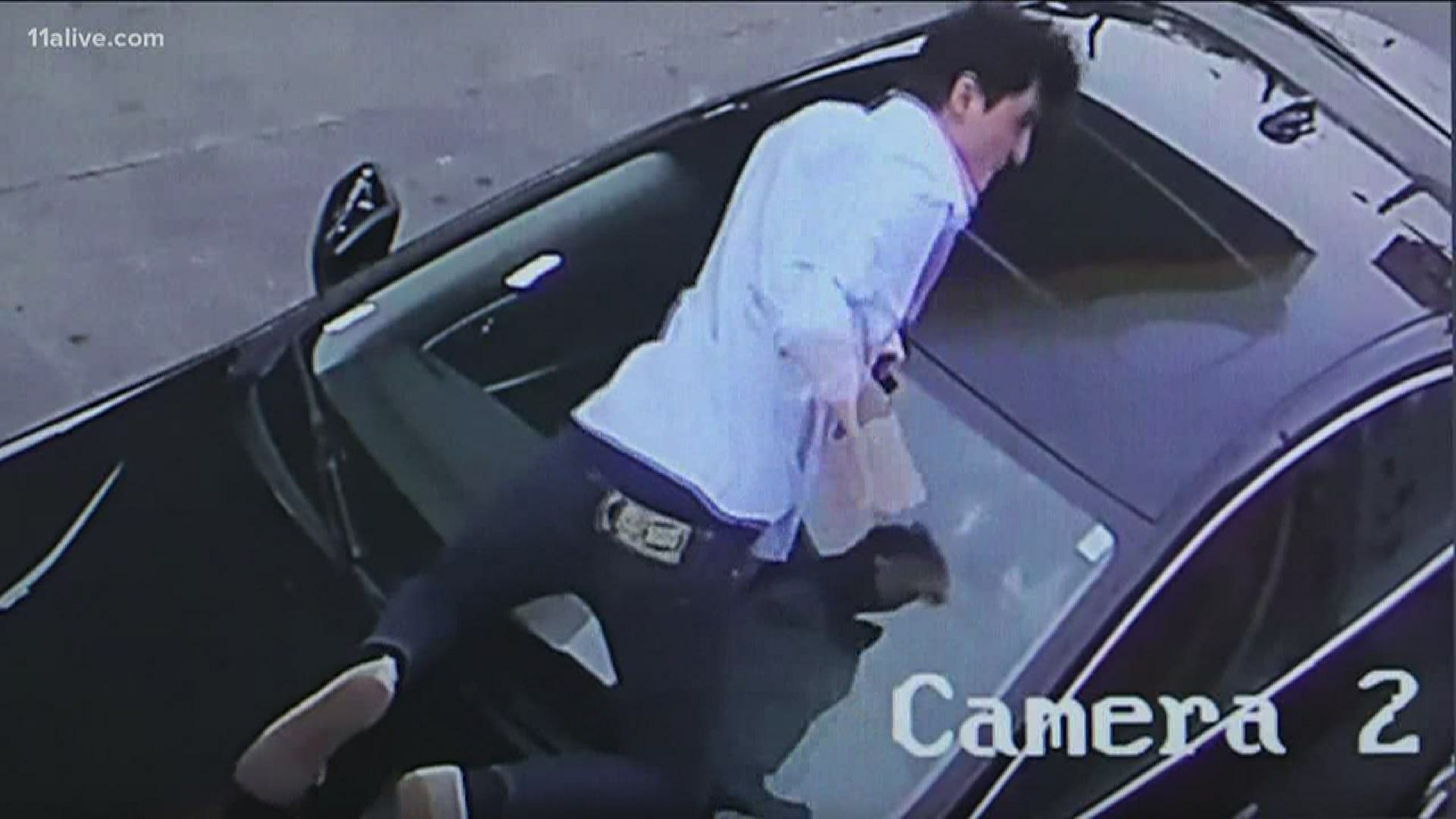 ATLANTA — The driver didn’t think twice about leaving the keys in his car during a quick stop at Dean’s Midtown Shell.

A pair of thieves had been casing the gas station for two hours, waiting for such a prime victim, according to surveillance video provided by the store owner.

It was just after dawn on April 10. One of the two teens hopped in the driver’s seat. The driver ran out of the store as the thief was starting the car, but the thief had done something the owner had not.

He locked the doors.

Within seconds, the driver jumped on the hood and found himself pounding on the windshield of his own car, trying to break the glass.

The thief punched the gas and turned the corner around the convenience store, sending the driver flying off the hood and into the gas pumps.

RELATED: Fulton DA asks for citations for non-violent offenders instead of arrests during coronavirus court closures

The thief put the car in reverse and tried to turn away, but the car’s owner got back in front of his Volvo.

The thief punched the gas again, throwing the driver to the side. The Volvo sped north, the wrong way on a one-way street.

The thieves abandoned the car in Cobb County.

Crime is down citywide

The latest crime stats released by Atlanta Police through April 11 show a stunning drop in nearly every category of major crime.

In the last four weeks compared with the same period in 2019, murder is down 55 percent. Reports of rape are down 91 percent.

Videos reviewed by 11Alive's investigative team, The Reveal, show multiple incidents involving teens in February, March, and throughout the pandemic.

A shootout erupted at the gas pumps in February when a drug dealer and a customer opened fire as one tried to steal from the other.

There are videos showing slider-style crimes, where a thief tries to slip undetected from one vehicle into another through an unlocked passenger door.

Some teens walked into the store and simply grabbed what they wanted before casually walk out without paying.

RELATED: How law enforcement continues their work, while social distancing

As The Reveal was first to report weeks ago, the Fulton County Sheriff’s Office sent a memo to police agencies refusing to jail nearly all suspects accused of misdemeanors because of COVID-19 concerns.

The Fulton County District Attorney also sent out that letter instructing officers to write tickets for suspects arrested for non-violent felonies, instead of bringing them to the jail for pretrial detention.

One undercover security consultant working at the gas station told us, “because of coronavirus, criminals are taking advantage of the system. They recognize and understand that if they are arrested, they’ll be taken down to the jail. They are not going to be processed, they’ll be given a written summons to appear in court at some later date.”

“I was able to detain two adult males for charges that required an arrest and for transport to jail, but due to COVID-19, they were issued a summons and a court date,” Security Officer Whitmire said.

“At this point in time, the earliest court date is July 28. So you’re talking upwards of three months before they even have to proceed to a courtroom,” he added.

11Alive is focusing our news coverage on the facts and not the fear around the virus.  We want to keep you informed about the latest developments while ensuring that we deliver confirmed, factual information.

We will track the most important coronavirus elements relating to Georgia on this page. Refresh often for new information.

These are the coronavirus hot spots in Georgia

Woman wanted after she ran off following dog attack along the BeltLine: Police

Burglars steal thousands of dollars in power tools and electronics