Several people say they could only find available vaccine appointments that required them to drive hours away from home. 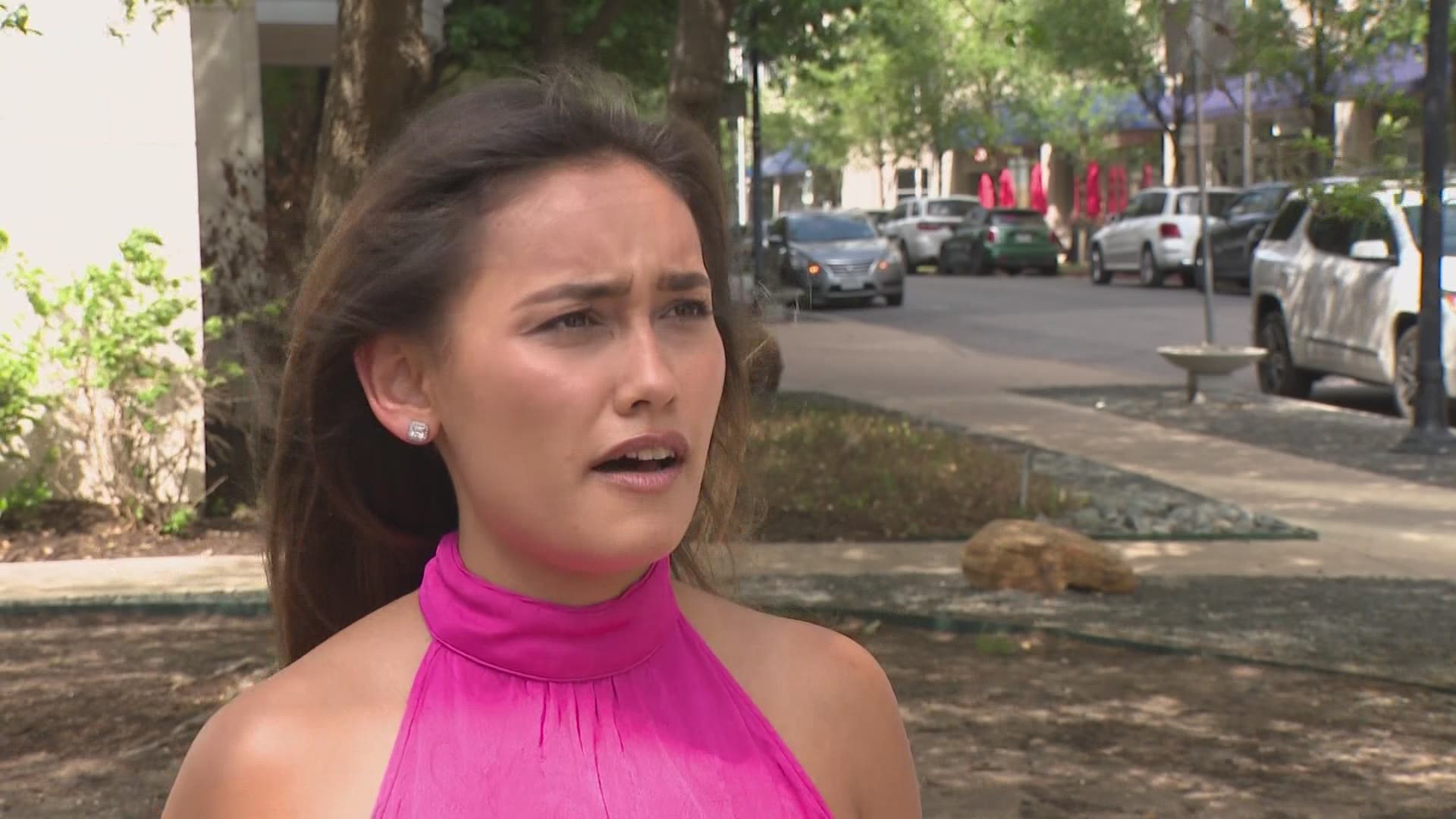 TRAVIS COUNTY, Texas — The odds are if it hasn’t happened to you, it’s happened to someone you know.

People are driving sometimes hours to get the COVID-19 vaccine.

“The vaccine experience for me so far in Travis County has been nothing short of a nightmare, really,” Travis County resident Danielle Marshall said.

Marshall lives in South Austin, but she couldn’t find a COVID-19 vaccine appointment anywhere closer than Kyle, which is about 30 minutes away. And she has to drive to Dripping Springs, about 45 minutes away, for her second dose.

“You’d hope that people wouldn't have to be traveling outside of their counties to get vaccinated,” Marshall said. “But I really think it's just going to be the mentality of if it's going to be an open appointment and there's a vaccine, I'm definitely going to drive and get my name on it.”

The KVUE Defenders obtained data from the Texas Department of State Health Services showing where people are getting the vaccine versus where they’re from.

The data shows providers in Central Texas counties have vaccinated thousands of people from other counties.

Credit: KVUE
About half of all vaccines administered in some Central Texas Counties have gone to people who do not live in that county, according to data from DSHS on March 31.

As of March 31, DSHS reports almost 40% of the people vaccinated in Travis County live somewhere else. Out-of-county residents make up about 43% of all vaccinations in Williamson County, 45% in Hays County, 44% in Bastrop, and about 54% in Burnet County.

Austin resident Katherine Kassover is one of the people who went out of town to get the shot because it’s all she could find.

“I was looking for a vaccine that's anywhere that was close as possible to Travis County or to my home,” Kassover said.

But the closest she could find an appointment was in Waxahachie – a 5-hour round trip from where she lives. She has other friends who also drove hours to get the shot.

“I didn't even think to look or hold out for places that were closer to Austin, because I know that there's so many more people in Austin, so many more competition for the vaccine,” Kassover said.

According to the data from DSHS, most Travis County residents did get the shot in their home county.

But about 11% of vaccinated Travis County residents went to Williamson County for the shot, 4% went to Hays, 3% to Bell, and 2.5% went to Bexar County.

And about 8% of vaccinated people living in Williamson County traveled to Bell County for the shot, 2% went to Bexar County, and 1.5% traveled to Tarrant County.

Matt Worthington, senior project manager for data initiatives at the LBJ School of Public Affairs at the University of Texas, said there could have been better planning to avoid this issue.

“I think ideally in a perfect world, yes, you would have people be able to go down the street and get a vaccine,” Worthington said.

Worthington thinks one big problem has been the way providers release appointment times online in bulk. He said that makes it hard for people to get the shot if they aren’t good with computers.

A spokesperson for the Department of State Health Services sent us this statement in response to what we found:

"The majority of Texans, more than two-thirds, have been vaccinated in the county they live in. With the limited supply of vaccine, shots weren’t available everywhere in Texas all at once. Restricting people to getting vaccinated only in their home county would have created an artificial barrier that restricted access and slowed down vaccination and would have left some rural Texans without anywhere to be vaccinated."

But some vaccine recipients, like Danielle Marshall, wish the state did more to make the process of getting a shot less of a scramble.

“I think if there had been clear communication from the start, there wouldn't be these issues,” Marshall said. “But, unfortunately, I think now everyone's just going to want to get vaccinated. And wherever they find that open appointment, they're going to go take it.”

A spokesperson from DSHS told KVUE the data they sent is only as good as what providers submit to the state.

Texas continues to receive more doses of the shot every week, which is increasing availability at local providers.

RELATED: More COVID-19 vaccines wasted by Austin providers than any other Texas city, except Houston

Yes, those lights you saw over Austin were likely connected to Elon Musk