A man sexually abused as a child by his foster mom wants to sue DFCS. Georgia law won’t let him. 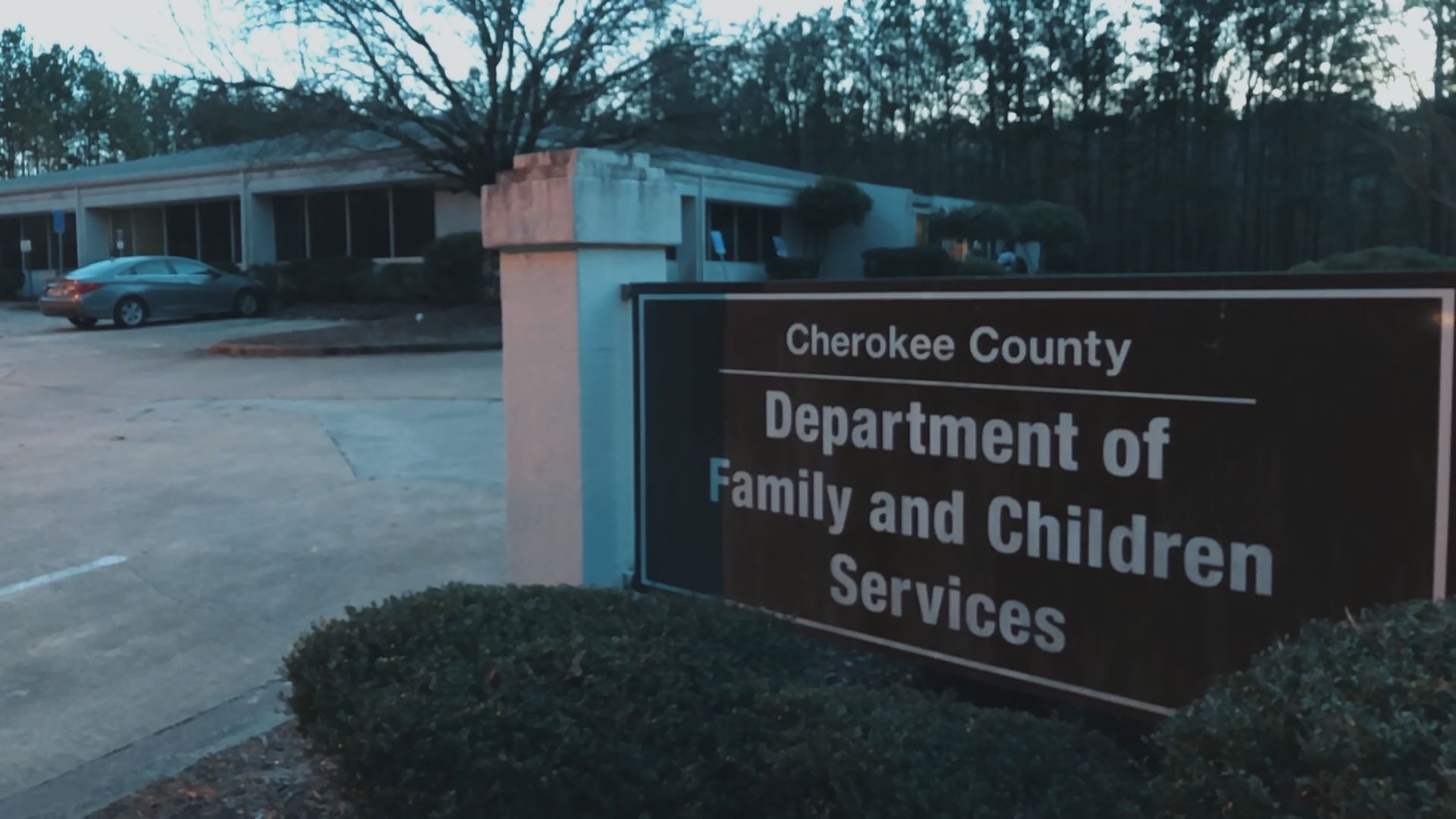 CANTON, Ga. — Daniel Huertas says he lost his virginity at 15 years old to his foster mother.

“She would watch pornographic videos and she would point out what she'd like me to try on her. And then we would do that,” Huertas said, adding that she would give him alcohol and drugs to get him to comply.

Detectives with the Cherokee County Sheriff’s Office, in the early 1990's, discovered other teen boys who told similar stories of abuse inside the foster home of Sherry Jo Wilkes.

“Sherry Wilkes specifically requested that boys be placed with her because she could relate to them better, and that DFCS tried to do so because it was difficult to find homes that would accept teenage boys,” the detective said in the affidavit for a search warrant.

“She took me in the bedroom and she made me have sexual intercourse with her and she said if I told anybody, that she would kill me with a gun. She showed me the gun,” one of the boys told authorities.

“She took the clip out of it and she told me, she said if you tell anybody, I’ll take the bullets and blow your brains out,” the boy added.

Wilkes was arrested in 1993 and charged with multiple counts of child molestation and other related felonies.

The district attorney offered Sherry Jo Wilkes a deal. In return for pleading guilty to five of the counts against her, the foster mom was given 10 years probation. She was ordered to pay $100 in ‘restitution,’ according to court records.

Daniel Huertas, now 43 years old, told 11Alive's investigative team, The Reveal, “no amount of money they could ever offer me what would fix what's been broken.”

Huertas blames the system that put him in that foster home in 1992, and that kept him there after he says he told his case worker about the abuse.

IS DFCS RESPONSIBLE FOR WHAT HAPPENED TO THESE BOYS?

Daniel Huertas blames the Georgia Department of Family And Children Services (DFCS) more than the foster mother who abused him.

According to the investigative file, Huertas was not the first boy sexually abused in the home. But he was the last.

Huertas says he saw an opportunity to get help during a supervised visit with his birth mother.

“I had a moment to talk to the caseworker,” Huertas said. “I said: 'Look, I need you to help me.' I said: 'I need you to move me because this lady's is sexually abusing me.'”

Instead of pulling him out of the home, Huertas says the case worker sent him right back to Sherry Jo Wilkes. He believes the case worker told his foster mother about the allegations of sexual abuse.

“I felt betrayed at the time. I felt like I already had to battle with myself about trying to tell somebody what was going on in the first place. So once I did that, and it got discarded the way it did, it was like they kind of knew it, but they didn't want nobody to know it,” he said.

Huertas claims his foster mother threatened that she’d accuse him of rape if he ever told anyone about their sexual relationship.

So the 15-year-old ran away, hitchhiking all the way to Philadelphia. He told Pennsylvania Child Protective Services everything. Huertas said that forced Georgia to open its own investigation.

After the foster kids were taken from the home, Sherry Jo Wilkes told Cherokee County investigators, “he raped me.” A detective asked, “you’re saying that Danny raped you?”

She claimed she didn’t want to report that Huertas raped her because she feared DFCS would take away all her foster children. Two witnesses corroborated her story at the time, though investigators expressed doubt in at least one of their stories.

In addition to the 10 years probation, Sherry Joe Wilkes was banned from babysitting and fostering children, but only during the term of probation.

Daniel Huertas wants to sue the Georgia Department of Family And Children Services.

Georgia briefly extended the statute of limitations, allowing adults who were sexually abused as children to sue their abusers. The Hidden Predator Act of 2015 opened a two-year window for lawsuits involving decades-old abuse allegation. That window closed in 2017.

But DFCS was not included in that law. Georgia is one of only two states in the nation that specifically exempted entities from those extended statutes of limitations.

"It's much easier for you to sue your abuser now than it is the system that allowed this to happen?,” The Reveal's Chief Investigator Brendan Keefe asked Huertas. "Correct," he responded.

Huertas has not been able to find an attorney willing to take his case.

Five related bills have been introduced in the last two sessions of the Georgia General Assembly. Those bills would have extended the statute of limitations — one until the victim reached the age of 55 — and all of them would have allowed agencies and organizations to be sued for fostering the abuse.

Two of the bipartisan measures made it all the way through the process in the Senate and the House, only to stall in the conference committee.

This happened at the same time the Boy Scouts of America hired a half dozen lobbyists to represent the organization at the state capitol.

Not one of those bills has become law.

Governor Kemp personally praised House Bill 911, introduced earlier this month. While it would not affect past cases, the measure would criminalize any sexual contact between a foster parent and a foster child up to the age of 21, regardless of consent.

For future sex cases involving a foster child between 14 and 16 years old – similar to the case with Daniel Huertas and the other foster boys – HB 911 would create a minimum sentence of five years in prison. Cases involving younger foster children would send the foster parent to prison for at least 25 years.

Daniel Huertas is still fighting with Cherokee County DFCS, nearly three decades after he was abused in foster care.

But now he’s fighting for his daughter.

He said his 14-year-old girl was placed in a foster home by Cherokee County DFCS.

There is no indication his daughter is in any kind of danger, but because she in the same system that he says destroyed his life, Huertas fears for his daughter’s safety.

The Reveal sent the public court file for Sherry Jo Wilkes to the Georgia Department of Family And Children Services, which included the full names of her victims. We asked two questions:

1. “What safeguards have been put in place to prevent similar abuse in foster homes?”

2. “Does the agency wish to apologize for what happened to Mr. Huertas and the other victims?”

DFCS took a full month to respond with the following statement:

“Due to federal and state confidentiality laws, the Georgia Division of Family and Children Services is unable to confirm or deny any involvement with Mr. Huertas and the Georgia foster care system. Although we are unable to speak directly to this case, there have been significant improvements to Georgia's child welfare system since the early 1990's. With these system improvements, each DFCS employee, our juvenile courts, and a variety of stakeholders work tirelessly to ensure those children who are placed in the Division's custody are safe and thrive while they are in our care.”

Sherry Jo Wilkes is now 69 years old. She moved out of state, and is living under a different name. She served her probation without incident.

Below is the statement Wilkes provided to The Reveal:

“Not one of those charges are true. I felt forced into taking a plea. This was and still is about money, as some of the documents state. Two of those teenagers came to me years later in tears about what they had done to me and apologized, even went to an attorney in town and told him. I had a contract with Montel Williams and they were going on there with me, but I chose not to put everyone through that since so many years had passed. My and my husband’s paperwork to become foster parents plainly stated we wanted birth to three years old, but we were told if we turned down teenagers, they would blackball us," said Wilkes in her statement.

The Reveal is an investigative show exposing inequality, injustice, and ineptitude created by people in power throughout Georgia and across the country. It airs Sunday nights at 6 on 11Alive.