Georgia has no timeline for easing the isolation created by COVID-19 visitation restrictions. But three very different letter campaigns aim to change that. 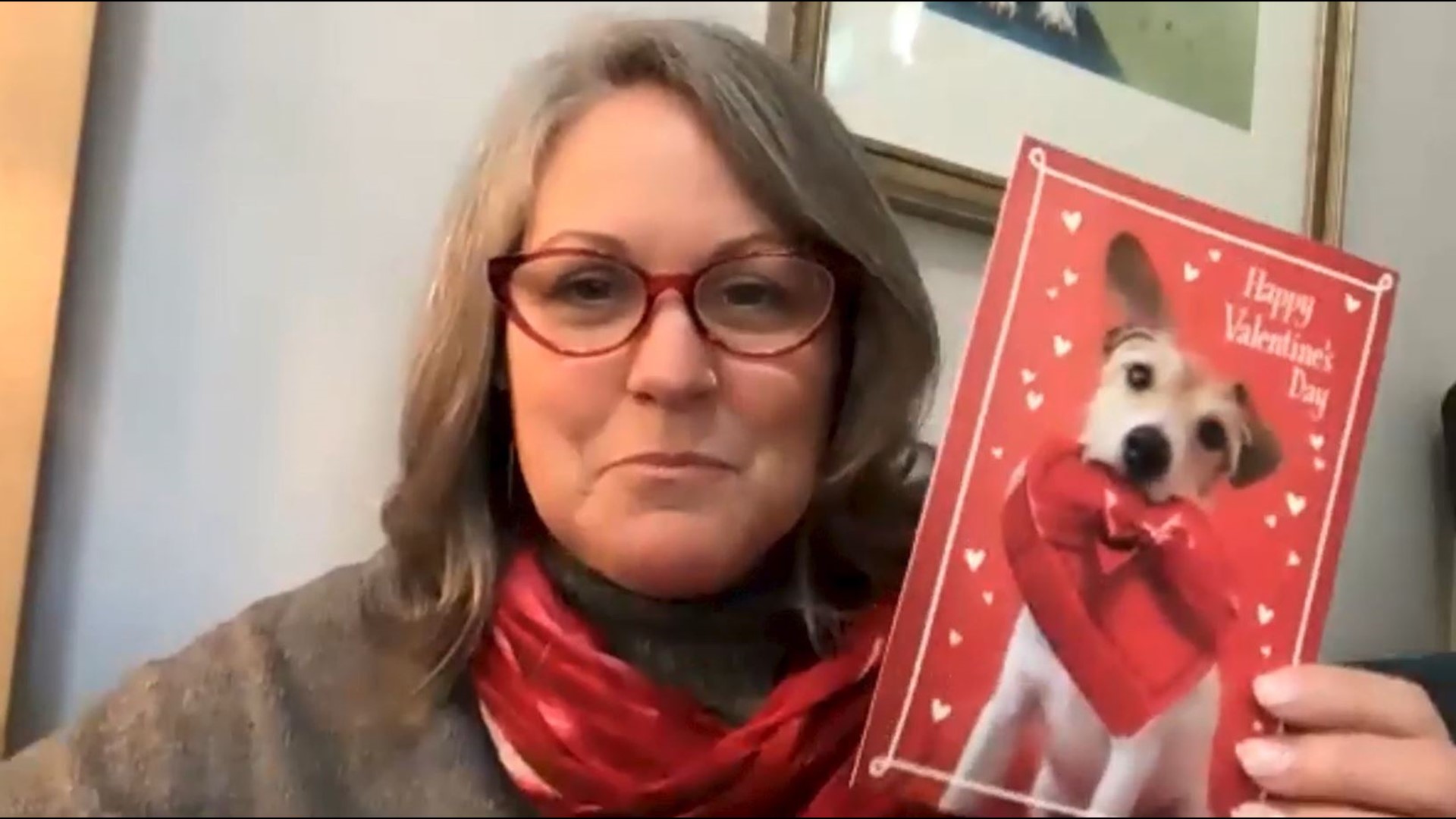 ATLANTA — When was the last time you sent or received a card? A real paper card with a cute picture and sentimental saying?

A group of friends scattered across the country hope you will do just that to send the message: "you are not alone." Joy Hallinan said the inspiration struck after a friend posted about her mom’s depression. It seemed the isolation from COVID-19 was wearing her down.

“Just broke my heart and that's someone who has a family member in town who can come over and do something with them. Think of all the people who don't have a family member nearby or who are not able to leave, because of COVID,” Hallinan said.

Her friends loved the idea of trying to fight isolation one letter at a time and didn’t hesitate to put pen to paper.

“I just thought it was a wonderful idea,” Kitty Canupp, who added her own spin, by making beautiful bookmarks to give to residents, said.

The group shared cards decorated with owls, flower bouquets, and even hand-made creations.

“COVID I think has been a great equalizer. So I think that people who maybe once couldn’t understand what it was like to feel lonely and isolated, have a much better understanding now,” Lisa Kiely said.

"Let me hold my husband's hand"

Gail Manter is writing letters too. Not to residents, but to Georgia's Governor. Her message is more personal: "Let me hold my husband’s hand."

“I was shocked the day I went to the door and they said, you can't go in. I said, you what? You can't go in,” Manter said of the day her husband's nursing home went on lockdown.

Manter’s husband Tom went into a nursing home two years ago after complications from knee surgery and his Parkinson’s were too much for her to manage. She lives with a guilt that comes with her freedom. But it’s made worse by her inability to visit.

“I think I'm a pretty articulate person, but there are no words to how that makes you feel,” Manter said.

Manter wants Governor Kemp to require nursing homes to designate at least one person who can come inside for visits. Representatives Bonnie Rich and Alan Powell sent a letter to the Governor in support, at least for facilities that receive tax dollars.

Rep. Ed Setzler also introduced HB290 that would require long term care facilities and hospitals to allow visitation if no other executive order or mandate precluded it. The bill stirred three hours of emotional testimony during a House Human Resources and Aging committee meeting, but no date was set for a vote.

11Alive's investigative team, The Reveal, wanted to know how many Georgia long-term care facilities could offer indoor visitation and were doing it. The numbers weren’t good.

On Feb. 1, under the state’s current guidelines, The Reveal found only 13 of the more than 700 long-term care facilities in the state qualified for indoor visits.

And of those, only three said they were actually allowing family members inside. At those locations, visits were conducted in a room separate from the living quarters, with participants masked and sitting six feet apart.

Fourteen facilities were in counties with a low enough test positivity rate to allow indoor visitation but failed the second key requirement. No new COVID-19 case in 14 days. In every case, a staff member had tested positive, blocking visitation access. In six cases, a resident also tested positive for the virus.

Data like that only adds to Manter’s frustration. Staff can keep family out. But most facilities seem unwilling to tolerate any risk by letting family members come in.

But the Governor’s Office has signaled little support for any change to the state’s policy. In a written statement a spokesperson said:

"The state is currently following CMS guidance for LTCF visitations. Moving forward, the Governor’s office, the Department of Public Health, and the Department of Community Health will continue to evaluate ongoing progress in vaccination of these facilities and ensure future guidance reflects the risk of COVID-19 to residents and staff, while also making every effort to allow our most vulnerable Georgians to safely return to normal.”

Manter doesn’t believe the vaccine will make much of a difference. Long term care facilities have reported participation as high as 90 percent by residents. But less than a third of staff in many of these centers have been willing to take the shot, even though they are the ones most likely to bring the virus into the facility.

Manter said she just wants to be a wife.

“Tom needs me to be there. I mean, how do you put in a care plan I’m going to check his socks to make sure he has enough, check his t-shirts to make sure that they don't have any stains. I'm going to sit beside him and hold his hand,” Manter said.

It's the hands of those that so desperately long to be touched that have started writing letters of their own. In February, the state long-term care ombudsman’s office sent dozens of letters from residents to the Governor as well. Their message: I am still here!

Some families believe COVID-19 stole much more. The lockdown is designed to keep residents safe, but last year, Georgia’s Department of Public Health said at least 7,551 people 65 and older died with COVID-19.

We will never know how many of those loved ones would still be here had the virus never spread, but CDC data clearly shows a spike in death, with 17 percent more elderly lives lost than the year before. And Gail believes COVID-19 killed some residents who never even contracted the virus.

“You can see deaths just from the isolation. It's not just the elderly. It's anyone who is in care,” Manter said. “And everybody's trying to fight their own separate battles. And it's, it's hard.”

So Manter said we need to fight this battle together, one letter at a time. Nursing home residents, loved ones, even strangers, all delivering a message that connection is key.

“Don't be afraid that you don't know what to say, just say something simple,” Donna Edelstein said, encouraging everyone in the community to join their card campaign.

Stephanie Ladeira had a personal reason for wanting to participate. Her grandmother died about a year ago. She remembers sending her cards every few weeks.

"I can't actually walk into a card store without thinking about her," said Ladeira. "She would look at them every single day and she would read them out loud."

“If anything, this pandemic has taught us, it’s that we’re totally interconnected,” Siegel said.

The Reveal is an investigative show exposing inequality, injustice, and ineptitude created by people in power throughout Georgia and across the country.

COVID-19 reinfections reported but not counted. Here's why

Top court says hidden camera video of veteran calling for help, gasping for air can be used in murder trial