The battle behind the badge: Who helps first responders suffering from PTSD?

If you work in law enforcement, you can expect a shorter life span and higher rates of substance abuse, but Georgia has a new plan to change that 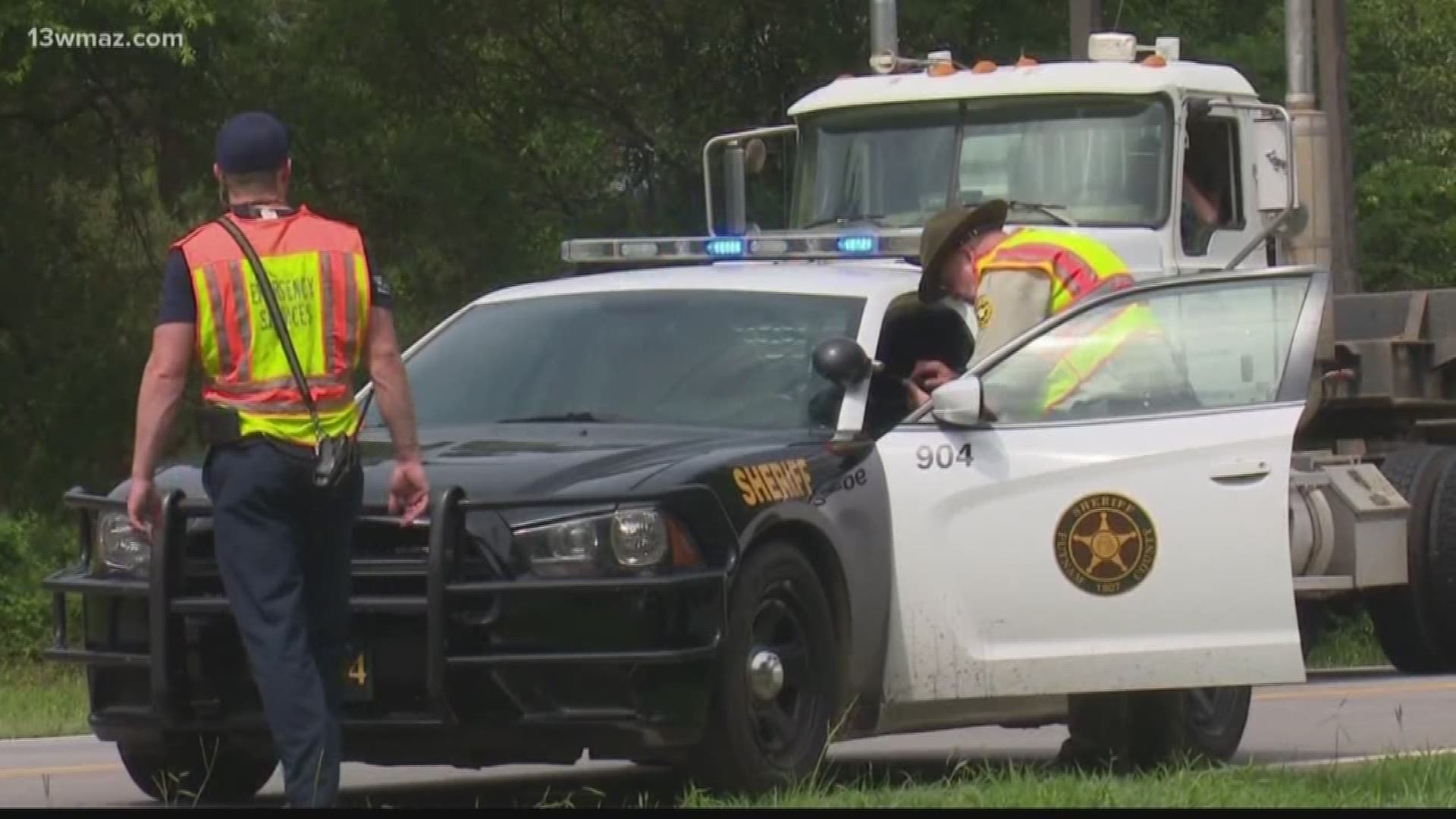 MACON, Ga. — Shootouts. Suicides. People dying at accident scenes. For first responders, dealing with trauma is part of the job.

Just think about the hugely stressful situations we've seen in Central Georgia during the past few years.

Two officers who were best friends, Nick Smarr and Jody Smith, gunned down in Americus.

RELATED: Americus Police Chief on slain officers 1 year later: 'It doesn't get any easier to deal with'

Officer Tim Smith was shot and killed in Eastman.

Peach County deputies Patrick Sondron and Daryl Smallwood were killed in a shootout.

"Getting ahead of it as soon as an incident happens and being involved in that officer's life and checking on them, making sure that we're able to plug them in to the help they need. It is incredibly crucial that we're able to do that," he said.

Stewart says when he returned to work as a Peach County investigator, he asked for the chance to be a peer counselor.

Sheriff Terry Deese went one step further and asked him to train as a certified chaplain. That training includes spotting and dealing with PTSD.

RELATED: Resources for mental health and addiction in Central Georgia

Just six months after he completed training, he was part of the peer support team that responded to the deadly attack on two of his co-workers.

Another member of the team that responded was Crystal Zion of the Georgia State Patrol.

"In situations like losing Daryl and Patrick in Peach County...with peer support there's never a right thing to say. It's really a matter of just being there," said Zion.

But the ability to listen and actually understand what it's like can make a big difference. Peer supporters have all been there themselves so they can more effectively help first responders.

They're fighting some disturbing trends.

Right now if you work in law enforcement, a National Institute of Health study says you can expect to live about 10 years less than someone who doesn't.

On top of that, other studies show between 7-19 percent of officers have PTSD.

Left untreated, it can lead to higher levels of stress, substance abuse, loss of sleep and even suicide.

Andy Carrier is heading up a new office that is aimed at turning that trend around named the Office of Public Safety Support.

"If you go through a career and you're not supported, you will not live very long. You won't. You're going to have all the other things that go with that. Divorce. Alcoholism. Drug abuse. You may not live to see 65," said Carrier.

Carrier says making sure officers and first responders get the help and support they need helps improve your safety too.

RELATED: Behind the Blue Line: The ups and downs of police life

"Who do you want out there stopping your mom? Someone who is psychologically, physically, and emotionally fit or someone who is not," he asked.

And while the high profile cases like the ones we saw in Central Georgia deeply impact first responders, Carrier says it's the day-to-day stresses that wear many officers down over time.

Whether it's the traumatic loss of a coworker or stresses from cases a first responder has worked through the years, the idea is that any officer can get support. 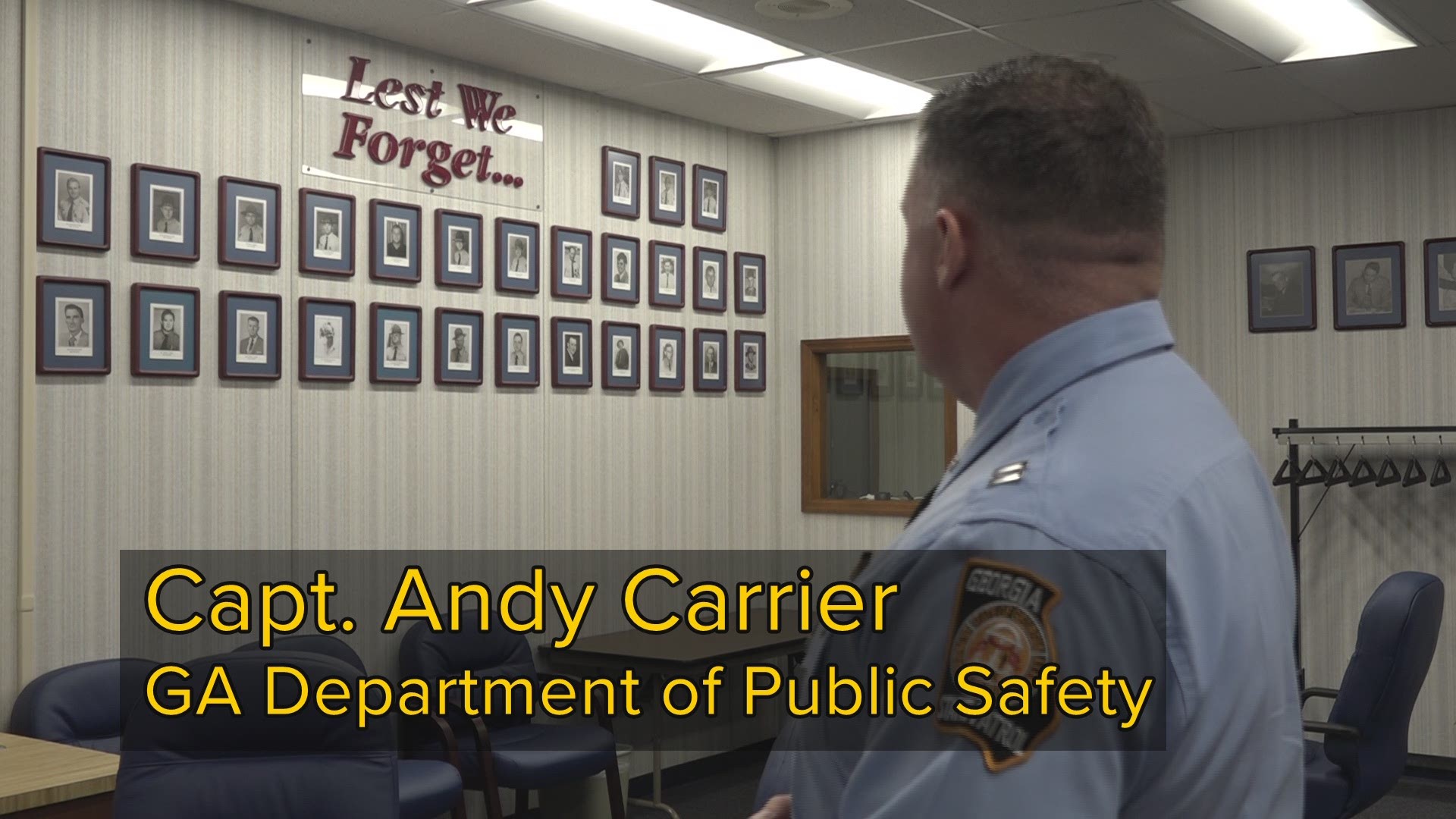 Crystal Zion says that peer counseling can work magic. "I have seen it save careers. I literally have".

Investigator Brian Stewart says a dedicated office and a push to encourage officers to get help means they can make an even bigger difference.

"I think the more we talk, the more we communicate about this issue the better it is, the more the first responders are going to understand how it affects them".

For the last nine years, the peer support system was staffed by volunteers with all of the expenses covered through donations that officers raised on their own time.

The newly created Office of Public Safety Support means they'll have a full-time staff of trained counselors and psychologists who can respond more quickly and offer more counseling options for first responders who need one-on-one time.

The Office Of Public Safety Support is scheduled to open July 1 after getting $1.5 million from the state.

Here is a document from the Georgia Department of Public Safety that highlights each of the officers from that department that were killed in the line of duty.