A lack of PPE, no paid time off and poor infection control measures are part of the problem 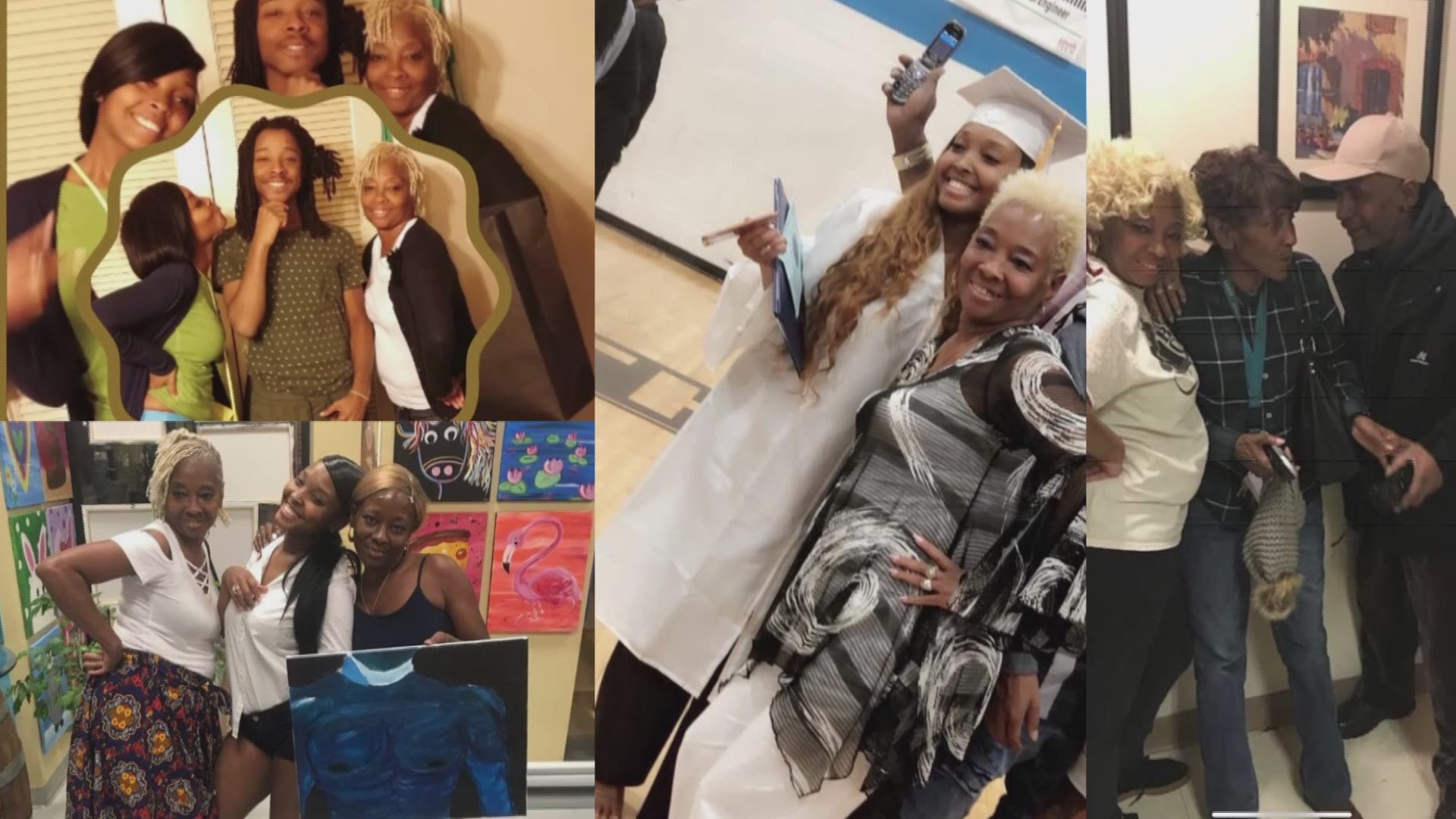 ST. LOUIS — Health care workers are putting their lives on the line every day to care for others during the COVID-19 pandemic. For five women in the St. Louis area who died of COVID-19, it cost everything.

Jasmine Whitfield has seen it from both sides. She’s a licensed practical nurse who has lost two loved ones to COVID-19. The first was her mother, Cynthia, a certified medical technician at Grand Manor Nursing and Rehabilitation.

“She took every precaution not to get sick and she still got sick, you know,” Whitfield said. “She went and bought her own mask because they weren't provided by the job.”

“They have lives on their hands,” she said.

In April, St. Louis city had its first spike of COVID-19 cases, averaging about 38 new positive tests every day. Cynthia started to feel unwell and got tested on April 9. While she waited for the results, Whitfield said, the symptoms got worse.

“Achy, body chills, fever, having all these symptoms,” remembered Whitfield. “She did not want to go to work. She asked if she could be off, she wasn't feeling good.”

Whitfield told the I-Team that Grand Manor did not grant Cynthia’s request for paid time off. Instead, Whitfield said, Cynthia had just one day off. Cynthia returned to work sometime over the weekend. She was sent home by a nurse on Sunday.

“Sunday I was called to her place of employment, saying that she wasn't able to work, that she couldn't keep her head up,” said Whitfield. “I could just see, you know, how scared she was, how stressed she looked.”

A week later, Cynthia died in the hospital. Her mother, whom Cynthia cared for, also started showing symptoms of COVID-19. Whitfield said her grandmother passed away within a month.

“No family gatherings, no cooking. Everything has changed.”

Many families are going through the same thing as the death toll due to COVID-19 rises. Lenny Jones, the Missouri director for the service worker union SEIU Healthcare, told the I-Team’s PJ Randhawa that a lack of consistent safety standards is partly to blame.

“That is crazy. Why do you want people who are still testing positive to come into a facility where there are patients and residents who have tremendous underlying health issues?” he said.

The union made a list of demands for the safety of health care workers and patients. They include employer-provided N-95 masks and frequent testing for all staff.

In comments over the phone, Robin Allen, administrator for Grand Manor, told the I-Team that they, like all health care facilities, had a shortage of personal protective gear at the start of the pandemic. Since then, Allen said, they supply surgical and KN-95 masks to all staff, as well as sanitizer. They now test all staff at the front door for symptoms and temperature.

“Our residents and our staff are our first priority. We want everyone to be safe, which is why we always make sure we have equipment available and do our screenings to both help protect the residents and staff. We do COVID testing every week but that didn’t start until the end of May or beginning of June. All staff are tested weekly. Results take roughly three days,” said Allen.

Jones said some facilities have been more resistant to protective measures.

“Unfortunately, the health care industry is still a profit driven operation so many times, it's not about what is in the best health outcomes for workers or for residents, it's about, you know, making money.”

He added that workers who turn to the Occupational Safety & Health Administration, known as OSHA, for help have been disappointed by the response.

“They are nowhere,” Jones said. “It's very difficult to even get them in to investigate.”

“If they are a fearful of going in and not even wanting to do an investigation,” he added, “how does the worker feel, right? Who's got their back in this situation?”

Since March, public records show, OSHA closed 51 COVID-19-related complaints from workers in area nursing homes, hospitals and doctors’ offices in both Missouri and Illinois. The health care facility with the most complaints in the data so far is SSM Health St. Mary’s Hospital, with four complaints closed in April. It was the workplace of Judy Wilson-Griffin, the nurse who was also the region’s first death due to COVID-19 in March.

RELATED: Thousands of masks made in honor of local nurse who died from COVID-19

One of the complaints to OSHA the month after Wilson-Griffin died reads, “It does not appear that OSHA is investigating the death of [redacted], SSM Health St. Mary’s Hospital nurse who was the first St. Louis COVID-19 death.”

OSHA has not opened a fatality/catastrophic injury inspection in response to Wilson-Griffin’s death, although it has taken that step for the other four health care workers in the St. Louis area who have died due to COVID-19.

A representative of SSM Health wrote in a statement:

“Judy Wilson-Griffin was a beloved member of the SSM Health St. Mary’s Hospital family and her healing presence is missed every day by our staff. Our thoughts and prayers remain with her family and friends. After her passing, we conducted an extensive internal review. Following a complaint to OSHA, we worked closely with OSHA and determined there was no evidence she was exposed to COVID in the workplace; OSHA closed the case.

“We are all facing a public health challenge unlike any other in our lifetime. More than 238,000 people have died in our country and millions more have been infected. Health care workers are as vulnerable to the virus as anyone else. We applaud and appreciate their courage and bravery in continuing to show up for work every day in service to their neighbors and communities – even in the face of this global pandemic. That’s why we do our very best to provide them with the proper PPE, as advised by the CDC, and to shape policies and practices that lessen their exposure risk, such as visitor limitations and universal masking.”

A closed complaint at a Lutheran Senior Services site called Mason Pointe claims that an employee worked while sick and later tested positive for COVID-19.

That complaint happened just before the death of a woman who worked at another Lutheran Senior Services site, Meramec Bluffs. Jenniffer Anderson-Davis passed away at the start of April. A fatality/catastrophic injury inspection OSHA opened at that location identified five violations in the “serious” category around the availability and fit of personal protective equipment. Lutheran Senior Services is disputing the citations. OSHA has issued an initial penalty of $13,494.

A representative of Lutheran Senior Services wrote about the closed complaint at Mason Pointe, "LSS investigated this complaint and found the allegations reported to OSHA to be factually incorrect. OSHA’s investigation confirmed LSS’s internal investigation."

They added, "While not related to specific incidents at LSS, we regularly update and will continue to update our procedures and precautionary measures as new information becomes available from county, state, and federal authorities including the Centers for Medicare and Medicaid Services (CMS), the Centers for Disease Control and Prevention (CDC), as well as OSHA."

Whitfield is watching the OSHA inspection at Grand Manor.

“If no one steps in, if they're not fined, how do you know?” she said. “Something has to be done.”

The I-Team contacted OSHA with questions about the investigations into worker deaths around St. Louis. A Department of Labor spokesperson sent this statement:

"Employers are, and will continue to be, responsible for providing a workplace free of known health and safety hazards. OSHA enforces the law to help ensure that employers fulfill that requirement, and the agency has been working around the clock to help protect workers from COVID-19.

"Chapter 9 of the Field Operations Manual (FOM) goes over complaint and referral processing, including the criteria for an inspection, and notes that any complaint or referral not meeting the requirements for an inspection will result in an inquiry. OSHA investigates every complaint, whether it is received as a formal or informal complaint, or whistleblower complaint. Information on OSHA Inspections is also available in the OSHA Inspections fact sheet.

"The Lutheran Senior Services case has been contested by the employer. The matter has been forwarded to OSHA’s Solicitor’s office and docketed for trial. The Department has no further comment on this pending litigation.

"A non-formal complaint was filed against SSM Health St. Mary’s Hospital on April 22, 2020. The facility satisfactorily responded to that complaint. OSHA has six months to investigate a fatality. A formal complaint, made by a current employee or representative, meets all of the following criteria: asserts that an imminent danger, a violation of the Act, or a violation of an OSHA standard exposes employees to a potential physical or health harm in the workplace; is reduced to writing or submitted on a Complaint form (OSHA-7); and is signed by at least one current employee or employee representative. A non-formal complaint alleges a safety or health violation(s) that does not meet all the requirements of a formal complaint identified above." 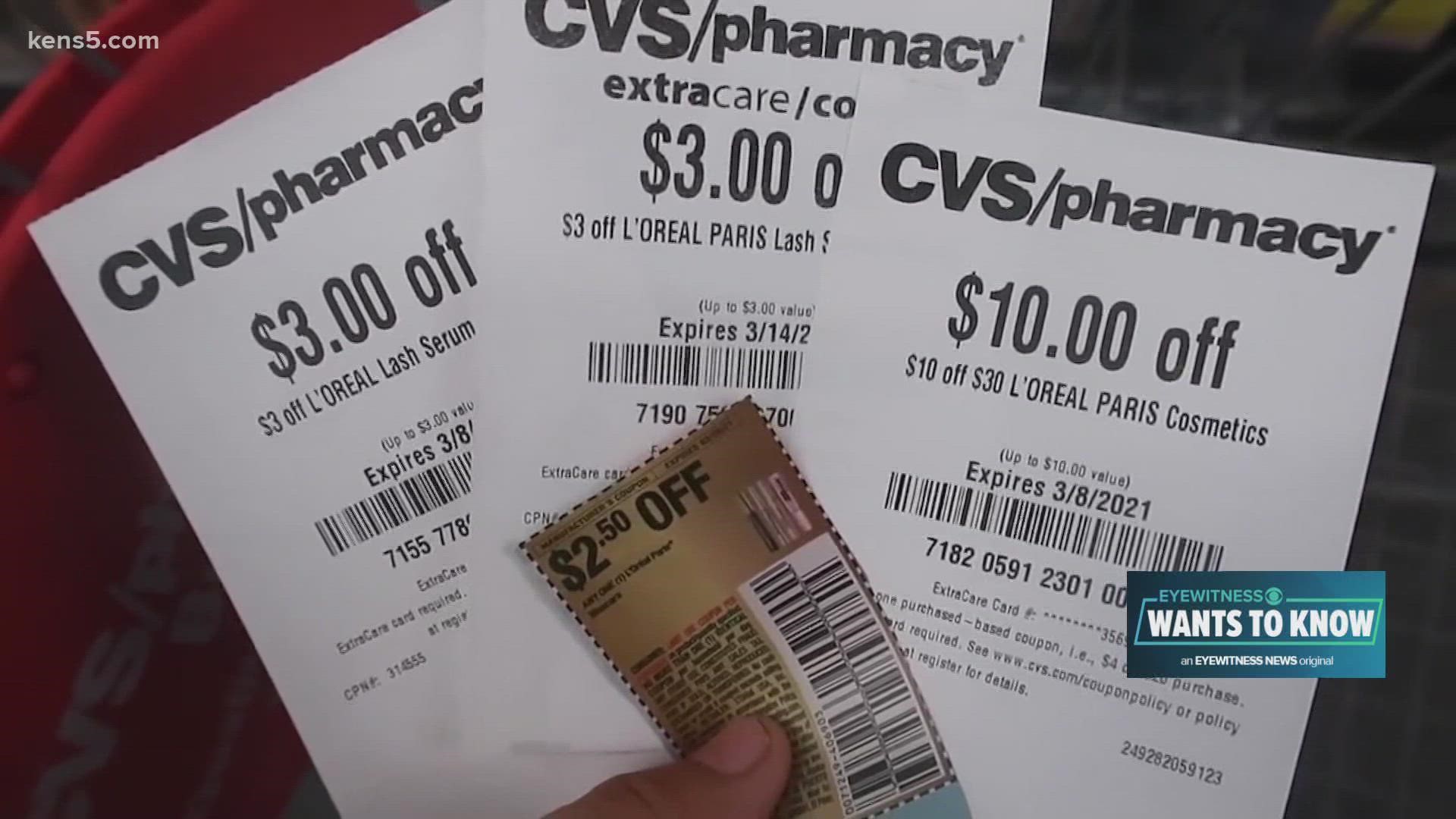