I witnessed an execution and this is what I saw.

'I’ve been putting off talking about what I saw in the execution chamber until this moment.' 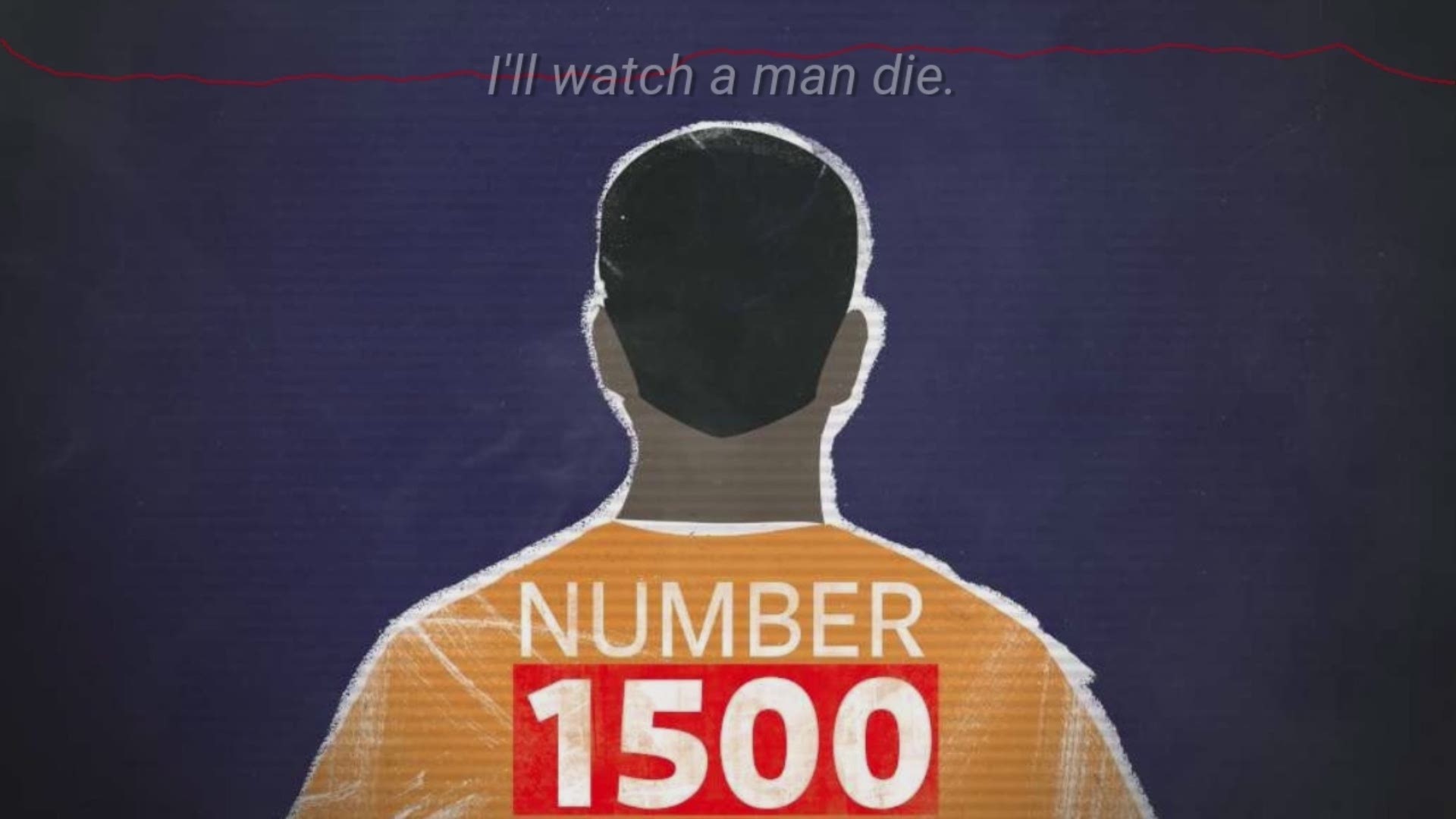 Journalist Jeremy Campbell was asked to serve as a media witness for the execution.

The new podcast, Number 1500: About to be Free, follows Campbell's journey as he and a team of investigators learn all they can about the crime, the man being executed, the victim and the controversy surrounding the death penalty in America.

Listen to the full podcast at Apple, Spotify or Podbean.

The following excerpt chronicles the hours journalist Jeremy Campbell spent deep inside lockdown as the execution was carried out:

This is the part of the podcast I’m not at peace with. I’ve been putting off talking about what I saw in the execution chamber until this moment.

I documented the experience minute by minute in a small 5 x 7 notebook, the kind with the blue lines from elementary school.  That’s all I was allowed to carry into the prison.  That notebook and two number two pencils are both issued to media witnesses by the Department of Corrections. We’re asked to leave behind everything else - all recording devices, cell phones, anything that would communicate with the outside world.

Outside it’s pitch black. The prison van that’s transporting me pulls up to a wall of barb wire that stretches at least 20 feet.  A guard examines our van. He uses a mirror to check it underneath and under the hood for safety before entering the central most portion of the prison.  Someone yells, “Open the inside gate!” and just like that, we’re deep inside death row.

I’m quickly escorted into a small room filled with about 30 people. There are as many armed guards as there are those of us without weapons.  We all sit in wooden pews that look like they could be from a church.  There are three rows… or maybe four.  We sit shoulder to shoulder. I recognize the pink hair of a woman sitting two seats down from me.  I remember from my research that she befriended Marion Wilson through pen pal letters to prison.

Everyone is staring at the glass window in the front of the room. It must be a twenty foot window, about five feet tall, showing a panoramic view of the execution chamber. The room is still and quiet, except for the hum of fluorescent lights.

Marion Wilson is on the other side of glass in the center of the room on a gurney that’s elevated - maybe by 40 degrees. He’s dressed in all white with his arms outstretched displaying his wingspan, hands secured with clear tape, wrapped around a platform on each palm. With arms open, and elevated to near standing positions it almost looks like he’s on a crucifix  I see the tubes in one arm and the heart rate monitor on the other. He’s lucid. Looking around the room. Making eye contact.  Blinking. This is the man we’re about to watch die.

The warden asks Marion Wilson if he’d like to make a statement. Wilson already declined once today. This is his last chance. He takes it, and this time he says a lot.

Wilson says “I’d just like to say to my family and supporters I love you forever.  Death can’t stop it. Nothing can stop it. I never took a life in my life.  They think they know better than me. Nobody escapes this life alive. See you all when I get there.”

It’s 9:40 p.m, and Wilson’s eyes keep moving from person to person. I wait for some sort of indication things have started. That never comes.

Suddenly, Wilson shouts out “About to be free.” He repeats it, “About to be free… I don't have to worry about a chain gang no more.” His voice was loud enough to echo through the glass. It’s muffled, but clearly audible. He sounded confidant like he was about to escape, not die.

He smiles. He seems to be staring directly at the woman near me with pink hair. She’s quietly crying. Tears puddling down her face, eyes locked on him. She blows him a kiss.

9:43 P.M.: His chest jolts as his mouth seems to form a large yawn, like he suddenly fell asleep.  I look to see if he’s still breathing.  His chest moves up and down.

9:44 P.M.:  I look to the doctor in the room, who is watching patiently. I can't tell if Wilson is breathing anymore.

9:45 P.M.: The lady with pink hair is crying. I hear her sniffle. I think I hear someone’s cell phone vibrate.  How did they get it in the room?  Maybe it’s a guard.

9:47 P.M.: His color is changing. His complexion seems to be a slight shade of gray.

9:50 P.M.: All 30 people in the room are still staring through that glass window at Wilson.  He hasn’t moved in minutes or shown any sign of pain.

9:51 P.M.:  Time feels so slow.  I'm wondering if it worked or if somehow he’s just sedated. Should it take this long? Two more doctors quickly enter the room from behind the glass.  The warden rushes in too. They’re in white coats, wearing stethoscopes They examine him, each listening to different parts of his body, focusing on his chest.

9:52 P.M.: The loudspeaker is turned back on and the Warden speaks. He declares 9:52 p.m. as the time of death and announces that the execution of Marion Wilson was carried out by law.

Curtains on the other side of the glass close. It feels like a theater and the movie is over. I’m quickly escorted out of the room and back in the van with the other media witnesses.

It feels like we’re speeding back to the media staging area - all of us comparing notes to make sure we are accurately quoting the last words ever spoken by Marion Wilson Jr.

Just like that, we’re all back in reporter mode. Confirming details, dispatching information and on deadline. My live report will lead the 11 o’clock newscast in just under an hour.

Listen to the full podcast.

1 / 7
WXIA
Scenes from outside the Jackson State Prison, where Marion Wilson Jr. was executed by lethal injection Thursday, June 20.