The one action you can take to potentially help reduce your power bill from the winter storm. 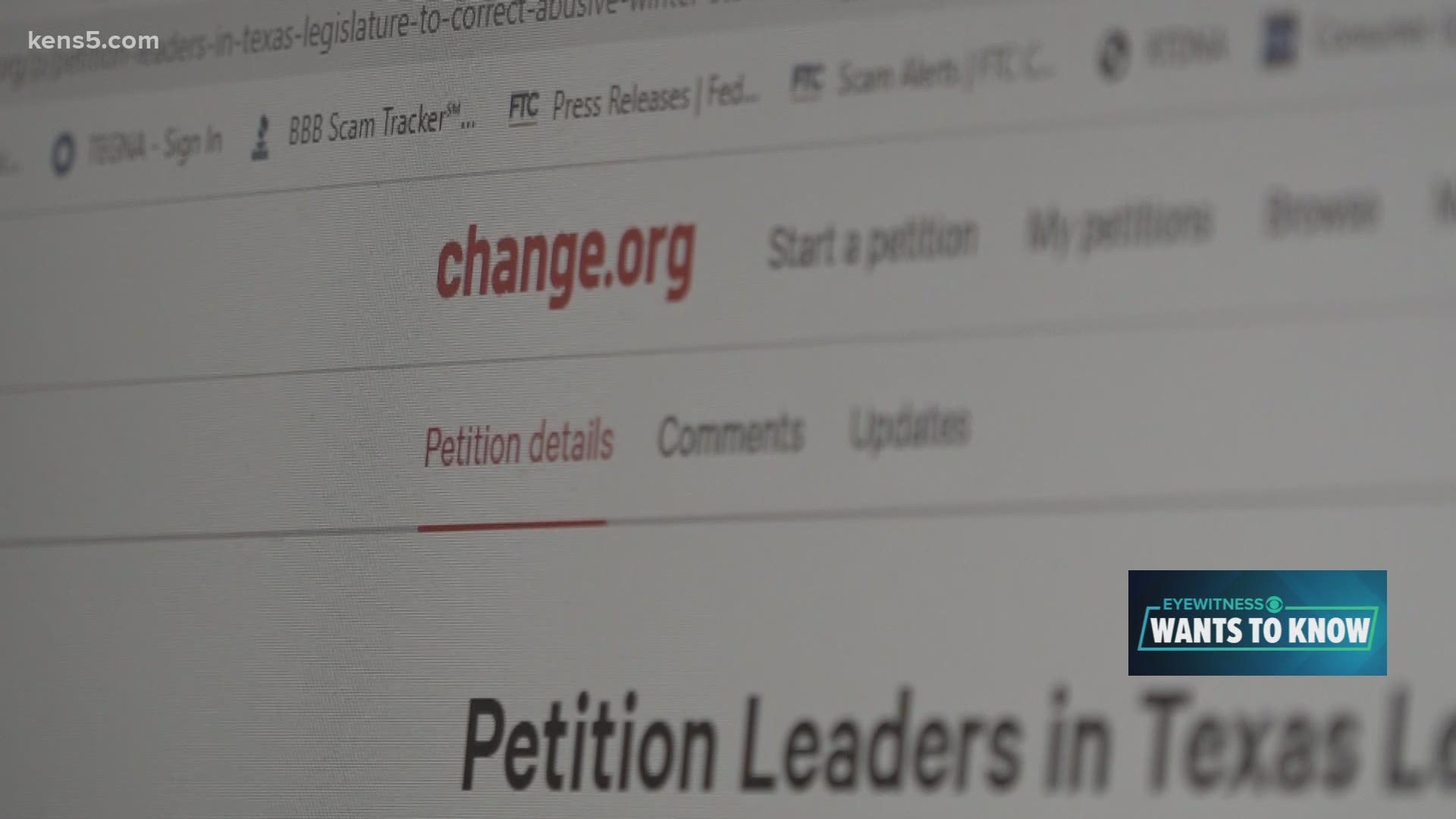 TEXAS, USA — Prices skyrocketed for power during the winter blast in February. Many power companies, including CPS Energy, are trying to work out how much of that cost will get passed on to you, the consumer.

There is a petition you can sign online to let your opinion on the prices be heard. It is by the Texans Against Abusive Pricing. The petition is at change dot org. It is asking the Texas Legislature and state leaders to take action to reduce bills for consumers.

“We think a lot of folks don't even know that this is going to impact them. They haven't seen their bills yet.”

Cawood said the first bill his company received for properties it manages was $609,000. That bill is normally about $30,000.