Winter storm racks up $6.1 million in damage to city buildings and vehicles | Eyewitness Wants to Know

The Eyewitness Wants to Know team got the city’s analysis through an open records request. 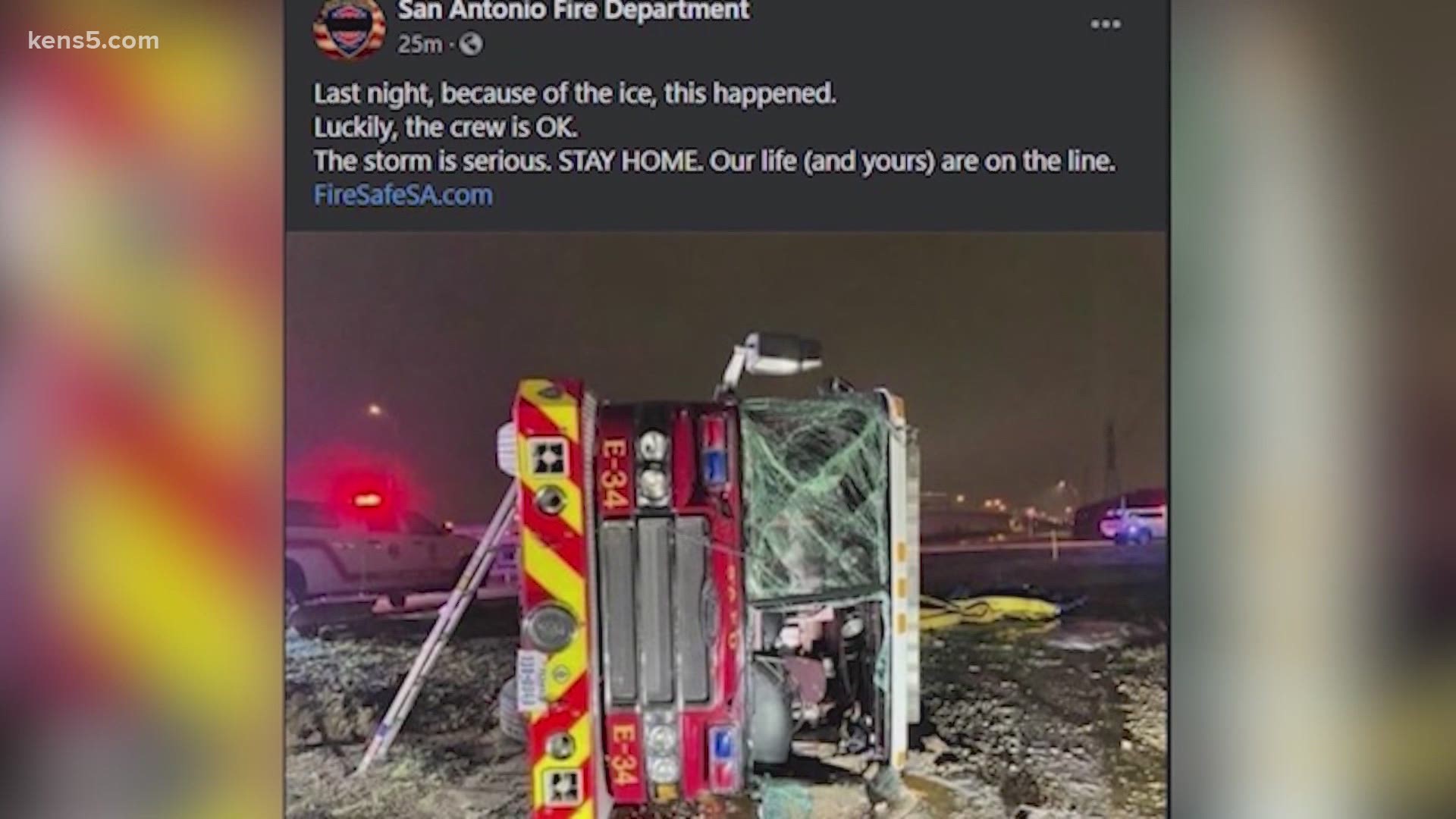 SAN ANTONIO — The City of San Antonio released an assessment of the destruction left behind from February’s winter storm. The damage totals in the millions of dollars. The Eyewitness Wants to Know team got the city’s analysis through an open records request.

According to the City of San Antonio, 124 properties and dozens of vehicles had damage, with the total price tag more than $6.1 million. Most of the damage was caused by frozen or ruptured pipes. Animal Care Services had damage after a pipe in a wash bay froze. The airport reported the majority of its damage happened after fire protection lines froze, and the sprinkler system was disabled in the car rental garage including several escalators.

All five of the convention and sports facilities, 22 buildings managed by the Center City Development and Operations (CCDO), along with 20 of the 32 properties the Building and Equipment Services Department (BESD) oversees, reported damage that included water seeping into walls, ceiling tiles, flooring, and light fixtures. BESD noted that their District 4 Field Office took extensive water damage to the building, furniture, and computer equipment. They also noted that “power fluctuations impacted HVAC systems.” The CCDO and the Solid Waste Management Department also noted freeze damage to plants.

The Bob Ross Senior Center – managed by the Department of Human Services – had “nearly 50% of the facility” impacted by multiple water leaks, with months of repairs estimated by the city. Emergency water shut-off was needed, and DHS listed repairs that included multiple plumbing leaks, a fire alarm system, building restoration to prevent mold, replacement of drywall, flooring, furniture, and IT equipment.

Libraries across the city had the most expensive damage at almost 2 million dollars because water destroyed books and other materials. Forest Hills Library, on the city’s West Side, saw $1.5 million in estimated damage alone after “a significant portion” of the library’s books and materials were lost when the entire facility was flooded. The library was just completing a bond project. Central Library an estimated $200,000 in maintenance after water damaged multiple floors of the building, going down a stairwell into several walls and other areas. All of the library locations opened back up by February 24, except for the Forest Hills branch.

Metro Health saw three-quarters of a million dollars in damage after water is suspected of causing foundation issues at the East Side’s Dorie Miller Clinic This was the only building of its 26 properties managed by Metro Health that saw damage. Frozen water lines caused leaks in the ceilings and the walls between cinder block and drywall, and impacted walls, ceilings, floors, asphalt, furniture, and other equipment.

PRE-K 4 SA’s North Education facility had water pipes in its outside playground area implode causing water to overflow in the outdoor learning area. The Parks Department had nearly half a million in damage to swimming pools, drinking fountains, and restrooms at 23 different properties. The freeze ruptured the coils of the Ron Darner Parks Operations Headquarters’ chiller system, and other community center buildings had ceilings, insulation, drywall, cabinetry, and appliances damaged.

Bay doors and gates at fire stations could not operate, heating systems were offline, and freezing temperatures damage some backflow devices. The Police Training Academy had water lines and sprinkler systems freeze, causing damage to the facility and heating system.

As previously reported, it wasn’t just not having power and heat inside that was costly. The weather also caused damage to city vehicles.

Records provided by the city to KENS 5 show more than 90 city-owned vehicles – most of them belonging to San Antonio's police and fire departments – were damaged in some way or another while responding to the historic weather event, to the tune of $1.78 million. The biggest line item in the city's report is a loss of $875,000 attributed to an SAFD engine deemed a total loss.

Most of the other vehicles' damages are attributed to body damage, equipment damage, or dead batteries amid the freezing temperatures.

Of the 92 total damaged or lost vehicles, the city says 38 were SAPD cruisers while another 27 were various SAFD vehicles. Developmental services, parks and recreations, public works, and solid waste were other departments whose vehicles were damaged from the storms.

Below is an itemized list of the damage. Click here if the embedded document does not appear.