What's the best way to get of e-mail clutter? | Eyewitness Wants to Know

Many of us find our email inboxes filled with junk mail, but hitting the unsubscribe link in an email might be the wrong action to take. 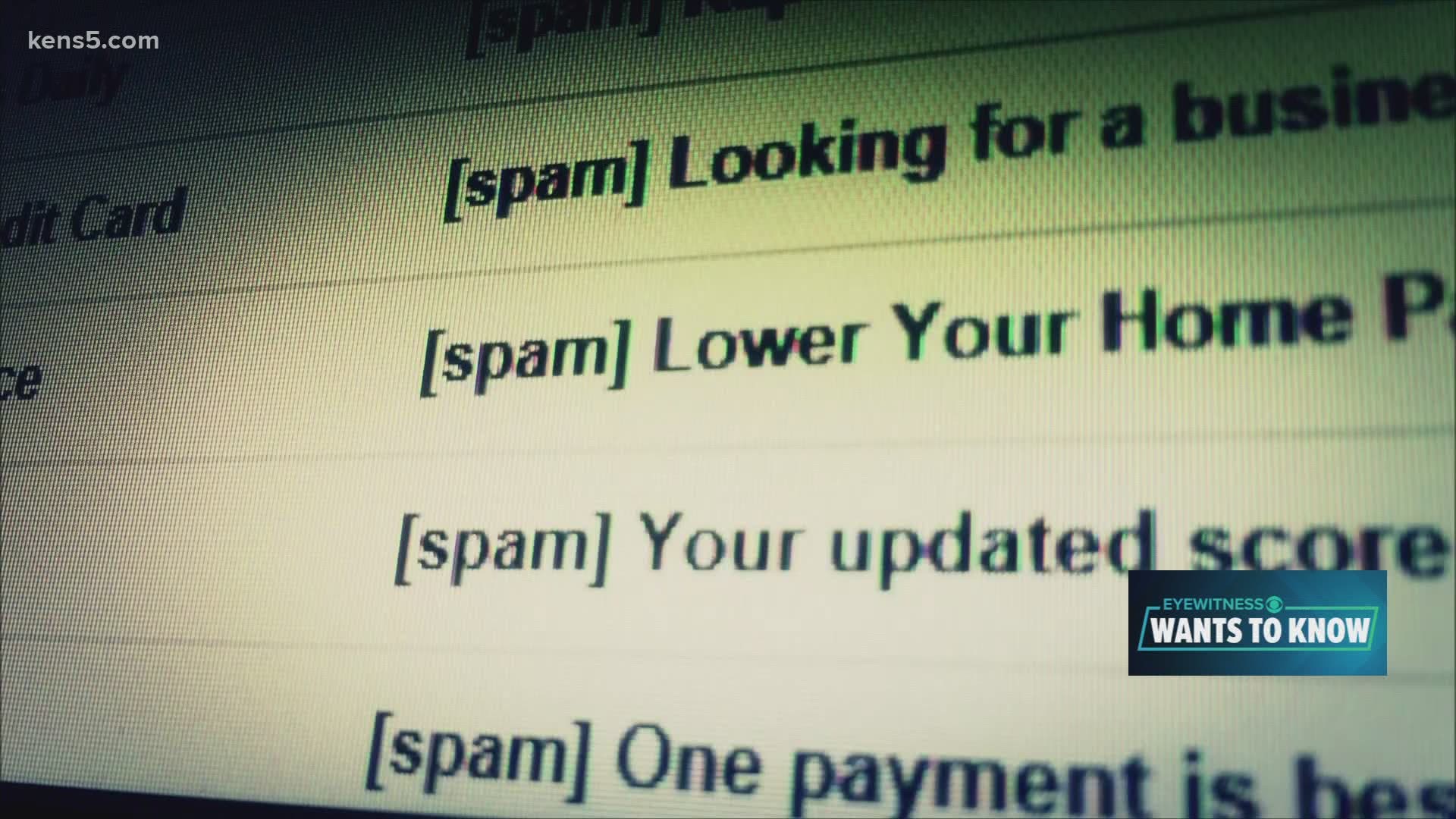 SAN ANTONIO — Email inboxes are often crowded with junk. Some of us try to eliminate unwanted messages by unsubscribing from them.

“It’s very psychological because we think if we click it our worries are over,” said Michael Skiba known as Dr. Fraud.

The opposite actually happens.

“Soon thereafter, you are bombarded with emails. It tells the scammer that it’s a real email address when you click that unsubscribe,” Skiba said.

You not only get more emails but maybe some other unwanted items:

“That’s how they get access to your computer and malware, steal passwords, identity theft, all those things you don’t want to happen,” said Skiba.

“Of course, scammers always prey on shame or some sense of urgency,” said Alex Hamerstone, a cybersecurity expert with TrustedSec. “In this case, they figure you get this kind of email and hope that you’ll click unsubscribe and maybe even verify other things like, hey, could you enter your credit card numbers? We can see if it’s the one we have on file, tricks like that to separate you from your information.”

“When people get these from a personal and professional level, they don’t want other people to think that they’re engaging with these,” Skiba said.

Here is a good rule of thumb when it comes to deciding if you should unsubscribe:

“If it’s something you never signed up for, don’t click it,” said Hamerstone.

“If you’re on a regular email stream, let’s say with a product you just purchased or even a magazine subscription and you don’t want to subscribe to it anymore and they keep sending emails, that’s something where it’s OK to hit unsubscribe in those circumstances,” said Skiba.

There are safer ways to reduce the junk. You can always just hit delete, but that will not stop the emails from coming. Instead, make it so you do not see them.

“All email accounts have filters, have spam settings so you can actually adjust those,” said Skiba.

Plus, do this to make it harder for schemers to get your personal information:

“Keep your computers updated,” said Hamerstone. “Keep your software updated when you’re asked by Microsoft or Apple or whomever. Make sure you’re applying those updates and patches.”

Ignore the unsubscribe button and you will ignore schemers attempts to do dangerous damage.