Tips on saving when money is tight

Many people are turning their attention towards savings as the pandemic changes both employment and the economy. 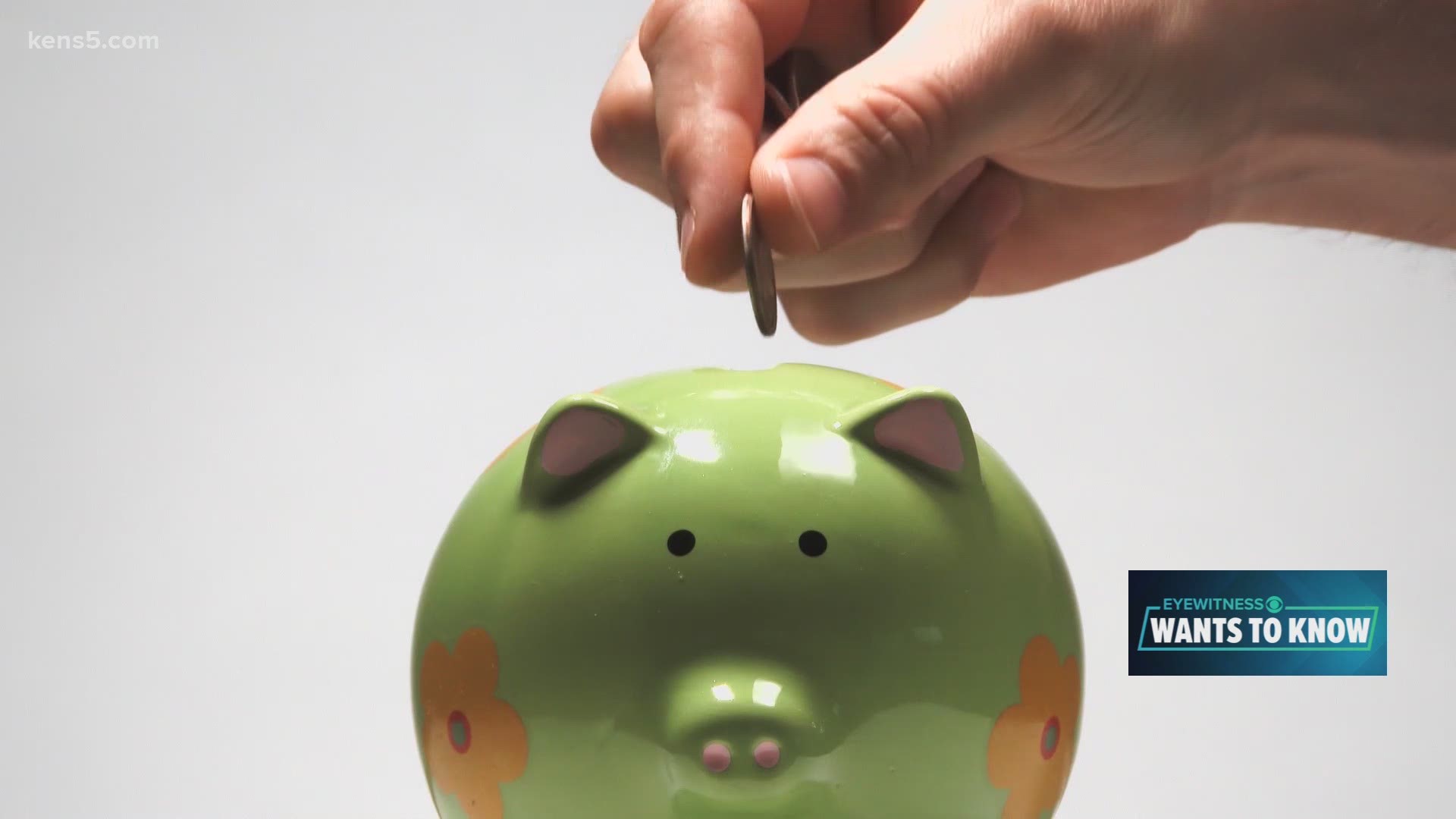 The pandemic is teaching us some difficult money lessons as many people don't have an emergency savings fund to turn to as financial belts are tightened.

“People definitely have learned that no job is safe,” said Ken Tumin, founder of DepositAccounts.com.

“People are logging on more to their bank accounts,” he said. “When you log into your online banking account, you can see how you’re tracking your spending."

Not only are they checking their balances more, but there is a spike in savings.

“They’re probably scared or nervous and they just want to get ahead of what could potentially happen to their households,” said Alexa Serrano, the banking editor for Finder.com.

She said there are four times as many people seeking to save.

“There has been data released by the Commerce Department stating that in April it was 33.5%,” she said. “Just to put that into perspective, before the pandemic, that was at 7.5%.”

Yet, it is not so simple when there is not much extra money. So, start small.

“I would suggest maybe five dollars a month or five dollars a week,” said Serrano. “It’s still money that you would have been tempted to spend if it were sitting in your checking account.”

Find those extra dollars by building a budget.

“There may be expenses that you’re not considering that you may be able to cut or just get creative with," Serrano said.

For example, subscription services can be reduced or cancelled.

“Let’s say you have a subscription that you’re not really using any more,” Serrano said. “You can either cut it or maybe that specific subscription has a free plan that you can switch to. It could be temporary. It doesn’t mean that you will never be able to add it back in.”

The first items to go?

“Cutting out those non-essentials as much as possible,” said Tumin.

You might be able to redirect some cash to savings, temporarily, if you work from home.

“They’re not paying for transportation costs, for trains, buses, not even for gas,” said Serrano. “They’re also able to save because they’re not going out for lunch with their colleagues.”

Then place your savings in a spot that will earn you money. Interest rates are low, so search for more than just a standard savings account.

See options on where to put your emergency fund here and where to find savings accounts here.

The financial experts suggest trying to build an emergency fund of $1,000. Once you reach that, try to grow it so you can cover more unplanned expenses.

“What’s suggested is to keep three to six months of your expenses in a savings account," Serrano said.

But remember to be careful about moving all your extra money to a savings account. Try to keep some in your checking as a buffer to avoid extra fees.

Do not delay. Start with you have, even if it is small.