After February's storms, Texans left wondering: Who will bear the costs of skyrocketing electricity prices?

Price-gouging in Texas is illegal. Yet the price for power skyrocketed during February’s winter blast, leaving many consumers wondering what it will cost them. 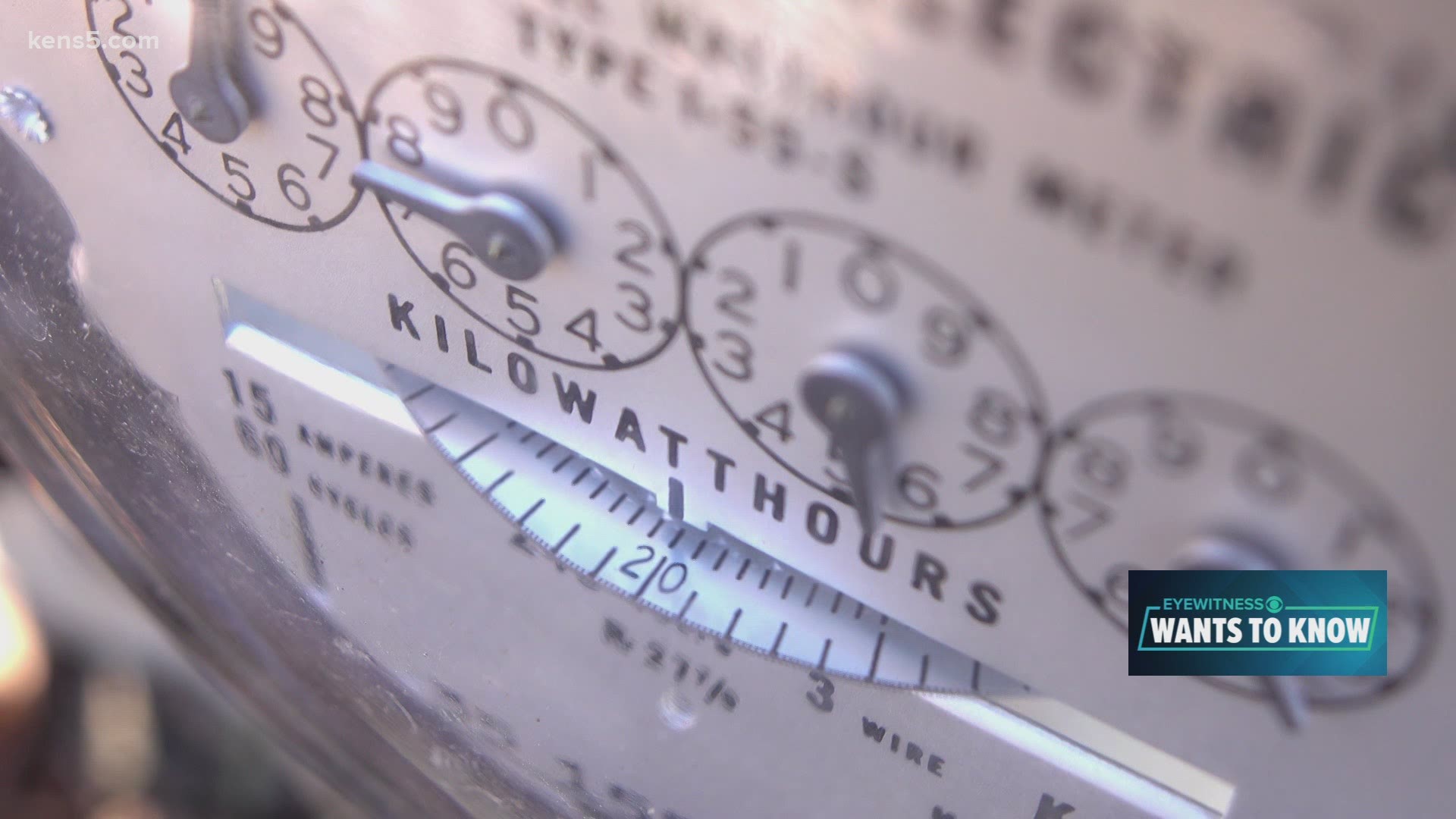 SAN ANTONIO — We all wanted heat as temperatures dipped in last month's storm. They went so low for so long that it drove up the price of power.

“$9,000 is a really high price for electricity,” said Joshua Rhodes, an energy researcher with the Webber Energy Institute at the University of Texas at Austin. “That’s about $9 a kilowatt hour, and most people pay about 11 cents per kilowatt hour.”

$9,000 per kilowatt hour is called “scarcity pricing.” Rhodes said reaching that price is how the Texas electrical grid is designed to work.

“Scarcity pricing in the Texas electric grid is only designed to be around for a few, maybe a couple of dozen hours in a year to incentivize new people to come build new power plants,” Rhodes said.

Electricity was capped at $9,000 per megawatt hour for several days during the winter blast.

“We’ve never seen this much scarcity pricing so many, many hours, many, many days straight,” Rhodes said. “Pricing is kind of beyond what the scarcity prices were designed for.”

We have actually hit that price before, but for a much shorter time in the summer.

“I don’t know if we heard about it because we hit it for a couple hours and there wasn’t a lot of damage otherwise, right?” said Caitlin Smith, a vice president at AB Power Advisors, which advises players in the power industry. “It was just that was what it was designed to do.”

“It’s hard to tell whether it’s, you know, it’s gouging, because it is built into the rules that the prices can go up that far,” Rhodes said. “We just never expected them to go up that far and stay that long.”

Here is how it works: The Public Utility Commission told ERCOT, the group that manages the Texas power grid, to set the price at the cap. Power companies like CPS Energy then buy power for that price and deliver it to your home.

It is possible the power company could pass some of that cost down to you. CPS Energy said the price is about $1.1 billion for San Antonio customers, but the utility is working to keep costs reasonable.

“We’re not passing any of those costs through to our customers until we have done everything we can to ensure we’re not paying one cent more than we think is reasonable and justified," said Rudy Garza, CPS Energy's chief customer engagement officer. "That may take a little while to get some certainty on that."

He said that, normally, CPS Energy passes the cost on to customers.

Garza said CPS Energy had no choice but to pay the $9,000 per megawatt hour price.

“You got to buy whatever the market is backing because you’re trying to get everybody back on,” he said. “So it’s a real untenable position to be in to allow the market to get to 16,000 times what is normal.”

The theory behind energy prices soaring during the winter storm was higher prices would encourage more energy supply, but a disaster situation does not always follow the supply-and-demand rules of economics.

“We talk a lot about theory and the real world doesn’t always adhere to the theoretical notions,” said Thomas Tunstall, director of research at UTSA’s Institute for Economic Development, who studies the economics of energy.

When prices rise, it hits us all in the wallet whether we have the money or not.

“It’s going to disproportionately burden those who are economically worse off, those who don’t have the funds to pay higher prices, who don’t have access to credit,” said Elizabeth Brake, a philosophy professor at Rice University who researches disaster ethics. “This is particularly important because the one thing that is very well established about disasters is that disasters disproportionately affect the worse off members of society.”

Disaster ethics addresses the question of what we should do during disaster situations.

High prices for necessities during disasters is not uncommon. Brake said the problem with the supply-and-demand model where prices rise when there is scarcity of an item does not work in disasters.

“The problem is disaster situations are very different from the idealized models that economists use,” Brake said. “For one thing, those economic models are assuming rational economic agents. But in disasters, people aren’t thinking and acting rationally, right? So you see the hoarding of toilet paper at the beginning of the pandemic.”

She said suppliers don't have give away goods for free during a disaster. In fact, they can even charge more than the regular price.

What consumers will ultimately be charged on their power bill is still to be determined. CPS Energy said February bills will not include additional charges from the winter storm. The utility is also looking at accounts of customers who were without power during the storm and expects to provide them with credits. Those details will be announced within the next 45 days.

CPS Energy is also not disconnecting customers for lack of payment. The energy provider asked customers call 210-353-2222 if they have questions about their bills or need to resources to pay their balance.