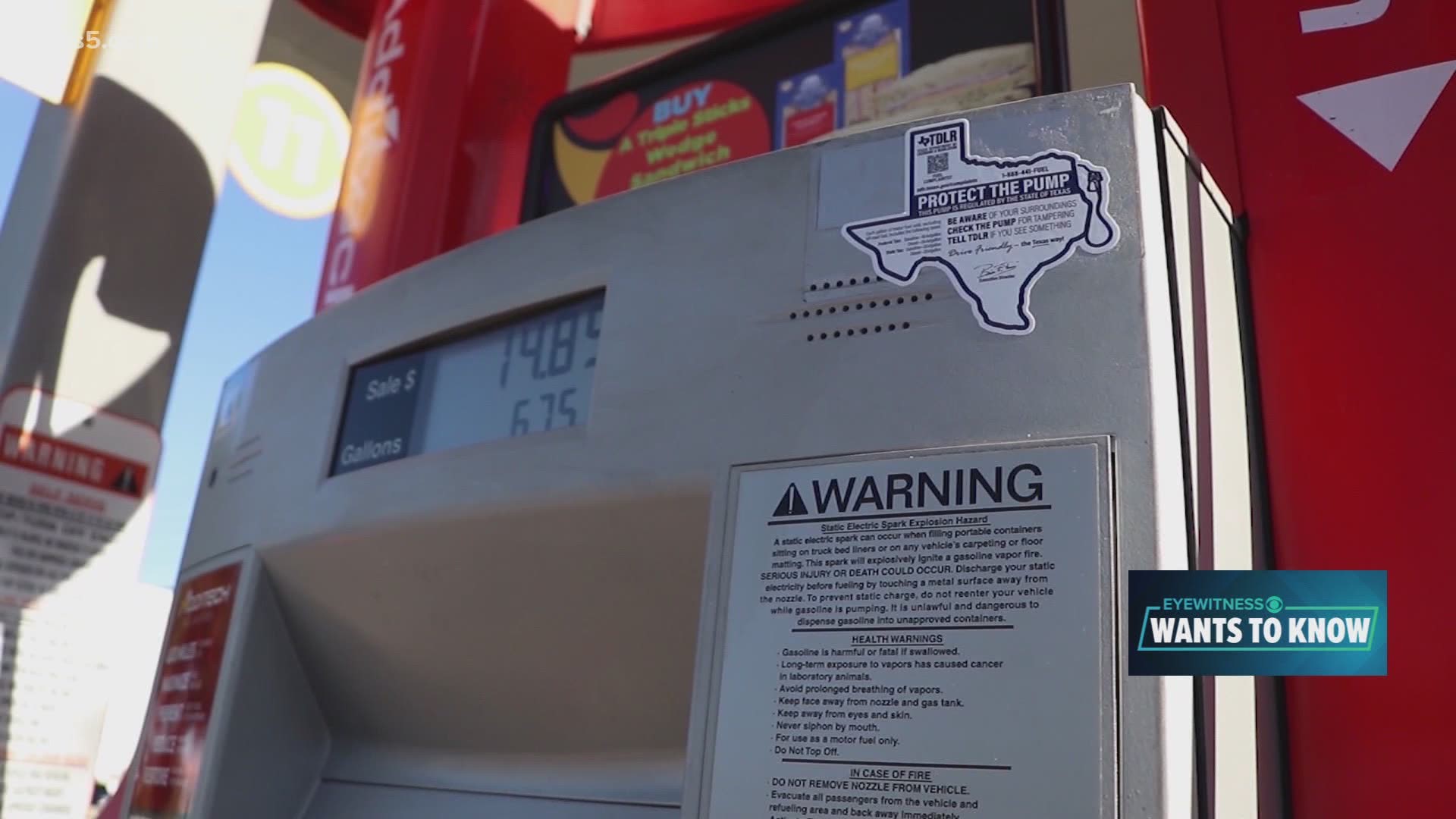 SAPD Sergeant Jacob Garza said the new data isn't a fluke. The figures from January through August of this year stand in stark contrast for the same period of time last year. Data collected by Eyewitness Wants to Know revealed for the first eight months of 2019, police confiscated more than 120 card skimmers, while police confiscated 28 this year.

Card skimmers are illegal devices which fraudsters secretly install on legitimate card readers on machines including ATMs and, more commonly, gas station pumps. When consumers enter their cards into machines that have been outfitted with the covert devices, it collects the individual's credit or debit card information, which scammers turn around and use to rack up charges on the accounts.

Garza credited the dramatic decrease to a modernization of card reading technology, which has become more advanced than the methods criminals use, along with better collaboration between law enforcement agencies and business owners being more vigilant at checking their payment portals for tampering.

"I think a collaboration of all those three things has dramatically reduced the number of skimmers that we've seen over the years," Garza said.

But, the crime hasn't been rendered obsolete.

Garza said while the numbers are on a decline, skimmers are still being found across the country. As such, he said consumers should report anything that appears out of the norm when paying. Additionally, he recommended people use credit cards over debit cards when paying and should keep an eye on their accounts for unusual activity.