Some homeowners say one San Antonio decking company is taking orders and down payments, but never building decks. 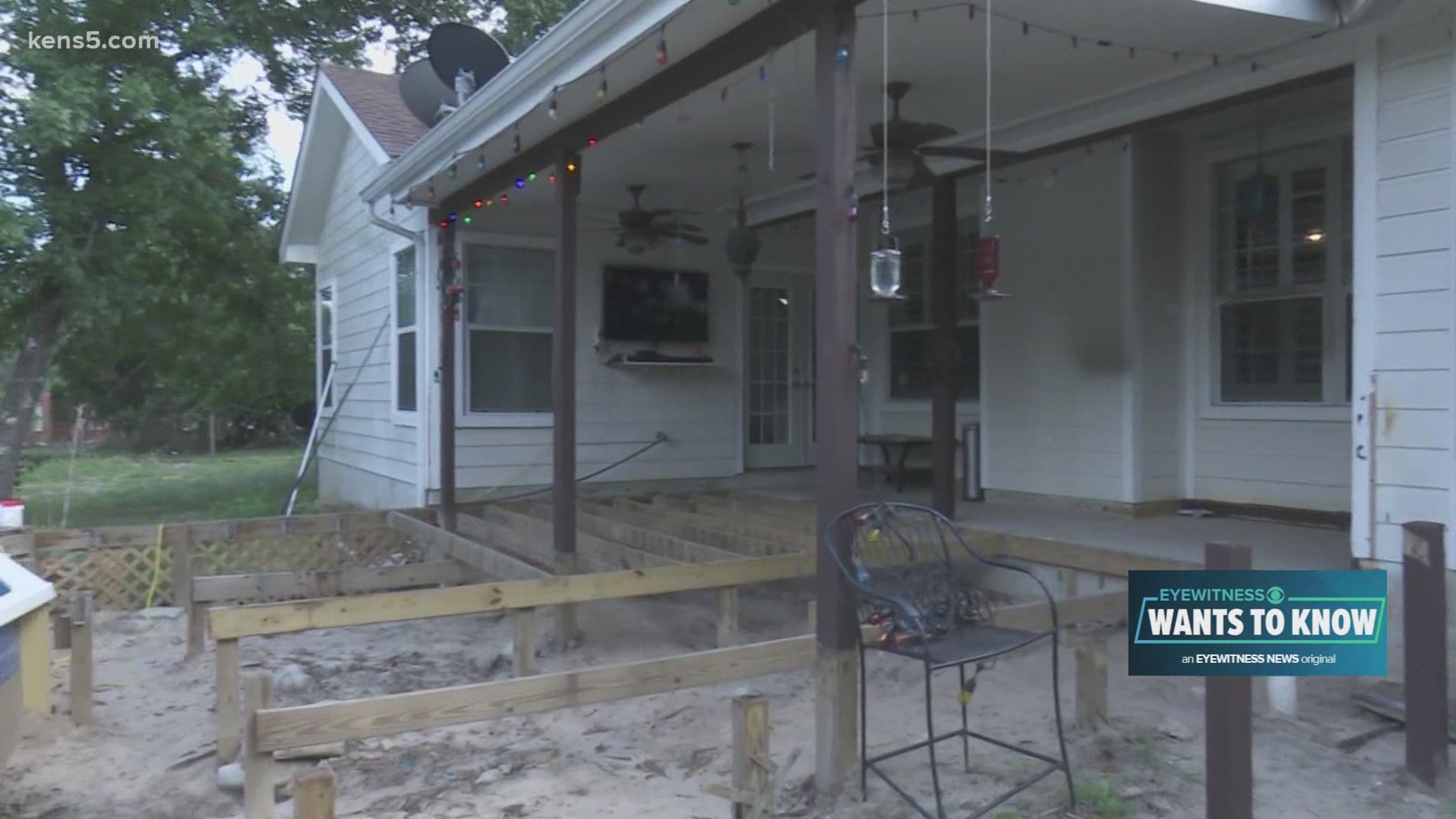 “We were going to stretch it out like out to here so we had a whole bunch, a wider section and then come all the way out here,” said Cori as she demonstrated how she wanted her new deck to be extended around part of her above-ground pool.

What they have this summer is just sticks for a frame. The couple hired Premier Decks to rebuild and expand their deck. They tore out the old boards themselves to save some money.

The contract was signed at the end of March, but months later there is still no deck.

“Thought it would be done by April and we would have early spring and all of summer to be able to enjoy,” Cori said.

They got several bids and went with Premier Decks, even though it was more expensive.

“They seemed to have a better plan in place and seemed to know kind of what we wanted,” Cori said.

The Perrys put down half of the total cost, which was $7,000, but the contract had no start date, just ASAP. The Perrys said Premier Decks told them it would be three to four weeks before work started.

Then the Perrys said Premier Decks told them it would take longer, at least seven to eight weeks, because of a variety of issues. including rain delays and employee shortages.

“We wanted a full refund,” Cori said. “We’ll find somebody else.”

Yet, the contract says no refunds. KENS 5 found this is not the first time someone has claimed the decking company took a down payment and did not build a deck.

Court records show Cherish Reyna is currently out on bond for those two warrants. The San Antonio Police Department told KENS 5 that Daniel Reyna still has two active arrest warrants for theft and theft of service related to deck work not performed. The company’s rating with the Better Bureau (BBB) is a D-.

“We get the most complaints against this type of industry, home improvement,” said Jason Meza, the regional director of the BBB.

Maza said homeowners need to be careful when it comes to any contractor. Pay attention to the amount of the down payment, he said.

“One-third up front as a deposit is customary,” he said. “That allows the contractor to hold the date to obtain some supplies, obtain permits.”

Not having a solid start date also should be a concern.

“We don’t know when it’s going to happen, but we’re going to put you in queue,” Meza said. “That could happen weeks, months later.”

Premier Decks executive Cherish Reyna spoke with KENS 5 but would not go on camera. She said the company has only gotten a few complaints out of the hundreds of decks it has built.

Meanwhile, the Perrys are spending their summer inside.

Before starting any project with a contractor, look up the business with the BBB before making a final decision on a contract. Also, carefully read contracts before signing and hiring a contractor.