How to avoid online rental schemes

The coronavirus is complicating the moving process. Schemers are taking advantage of the difficulty that comes from looking at homes in person. 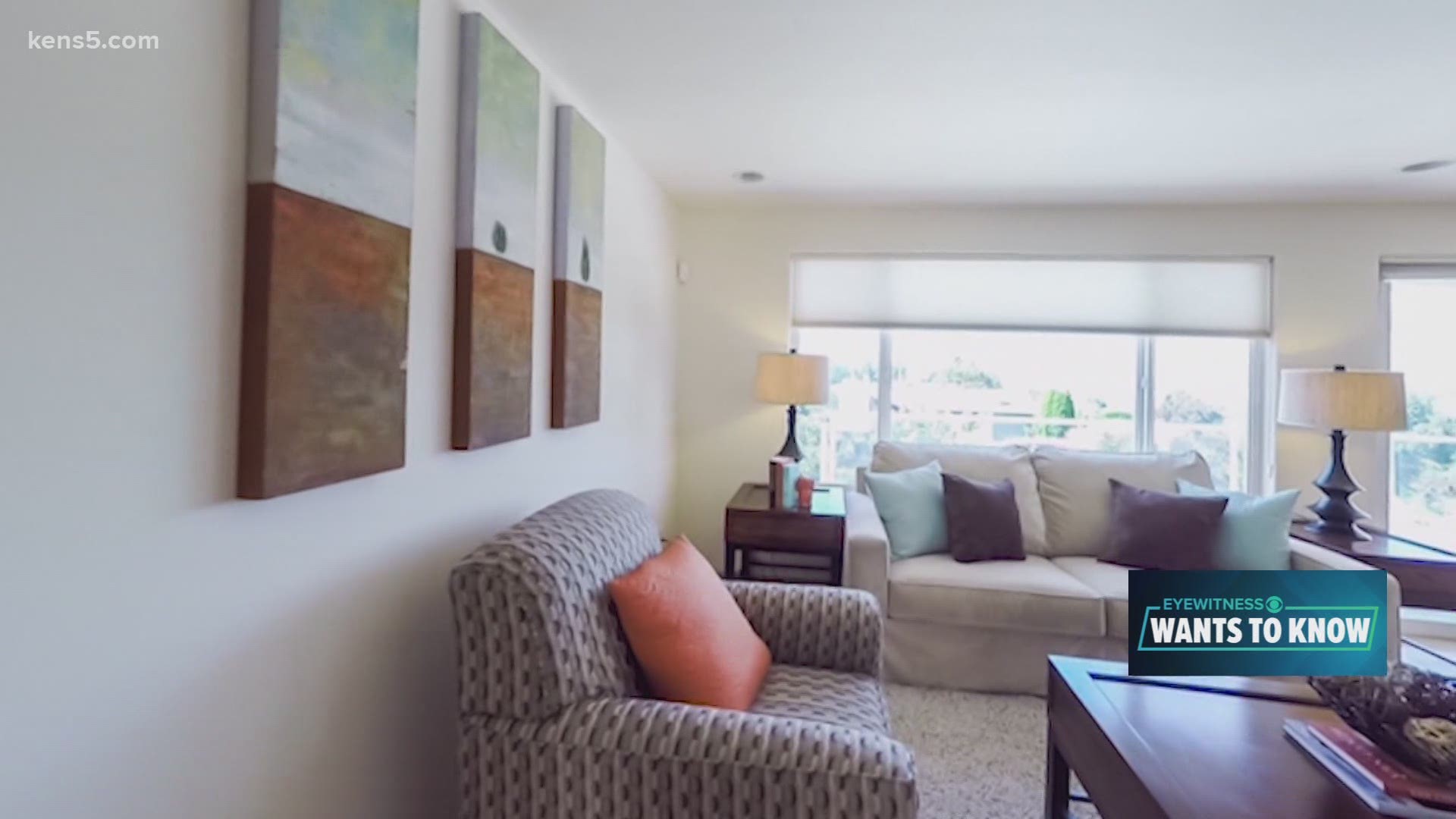 SAN ANTONIO — Katrina Heinold’s husband is a San Antonio-based nurse, but he recently went to a New Orleans hospital to help during the pandemic and needed a place to live temporarily.

“I was trying to find him an apartment over there to stay in because he’s going to have to have somewhere to stay,” she said.

She turned to social media to help her find him a rental. She posted in a traveling nurse’s group on Facebook.

“There were quite a few people who messaged me that they had listings,” Heinold said. “This particular person actually had a website she gave me. Her picture was on the website. It has reviews and I mean everything looks legit. I called the phone number. Someone answered, you know, and answered questions. There were other agents on there with their names and how many properties they had. So, it looked really convincing.”

Heinold did her homework. She Googled the address, and found that the apartment complex was legit.

She then asked about parking and if it would be on the street.

“They said, 'No, it’s a gated community.' Again, on the Google Maps it is a gated apartment complex,” she said.

She compared the rent to other units in the area.

“It’s not unreasonably cheap. It’s not too expensive. It’s just right,” she said.

She paid $1,700 for the deposit and first month's rent through a payment app. Then she got the feeling something was off.

The Better Business Bureau (BBB) said it can be tricky to tell what is a real listing and what is not.

“You can Google Map it and you’ll find the property,” said Jason Meza, the BBB's regional director. “You may find it’s a rental property. In other words, it’s being listed as a rental, but they’re being hijacked by the words. They copy the image. They copy the photos. They copy everything about it and they offer it for rent under their own profile saying they collect the deposit.”

Madison Batey lives next door to a home for rent in San Antonio. Twice she has had people come to her door thinking they rented the home through a social media post.

First, a mother and her son came to see the house.

“She came up to me and was like, 'Hey, can I ask you a question?'" said Batey. “I was like, 'Yes, sure.' She said that she had just gotten approved for this house and she just came to check it out because the owner said that he had just moved to Arizona and accidentally took the keys with him. She asked me if I thought it was a scam.”

The woman told Batey the owner said she could not go inside, but could look at the backyard and look in the windows.

“I’ve seen realtors go in and out,” said Batey. “So that part of you can’t go inside is a lie.”

The woman then told Batey the house was listed for $850 a month with utilities included.

“If she wired him $700, he will send the keys,” Batey said the woman explained. “So I’m like, 'Please tell me you didn’t send the money.' She said she didn’t because she thought it was a red flag, but it was heartbreaking. You just see her deflate. You just see her body language change. I teared up. She said this was a new chapter in her and her son’s life.”

Then it happened again, two days later. Batey said a woman in her twenties and her boyfriend knocked on her door.

“She said that she came here to pick up the keys to her new house,” said Batey. “She paid the deposit. She came here to look at the house and get the keys. She was like, 'They’re not in the mailbox.'"

Batey said she did what she could to help, contacting everyone from the BBB to police and the real estate company.

“It actually has gotten worse because of the pandemic,” Sorrento said. “You can’t go see anything in person and scammers are using that to their benefit. They’re using that as an excuse before you had to overcome that. You really had to convince someone. Now, it’s easy to explain the fact that you can’t come see this in person because of the pandemic.”

She said social media is a popular way to find rentals, but you need to be careful. This is her No. 1 tip:

“Check the profile link,” she said. “Does that match the name of the profile? If it’s an overseas profile, nine times out of 10, it won’t.”

She often reports profiles on Facebook Marketplace that are from overseas and post rentals in multiple cities. In fact, she reported the profile that a week later told Heinhold she had an available apartment in New Orleans.

“When I report a scamming profile, it’s just a matter of minutes that I received the results back that we’re not going to remove that profile because it doesn’t go against community standards,” said Sorrento.

She started a petition to get that changed.

The Better Business Bureau also suggested taking a tour, in person if possible but virtually if necessary.

“Anyone can copy or duplicate photos,” Meza said. “Those are easy. But if they can’t show you what’s going inside the property, that might be a red flag.”

He said to watch out for below market prices on properties.

“They are offering low rents and great amenities, but you can also cross check on rental websites,” he said.

He also suggested using a local expert,  such as a property manager, especially if you cannot see the property yourself.

“It might cost a bit more money, but you’re using a professional who is licensed, certified to the work in Texas and they’ll help you find the property that you need and avoid those tricky schemers.”

Plus, do not use cash apps, wire transfers or gift cards to pay. They might be convenient, but they offer little chance of getting your money back after you pay.

Use caution with PayPal as well.  It does offer consumers protection, but here is what you do not want to do: