It is the season of giving, but some people will take advantage of your charity donations. Here is what you need to know before you open your wallet. 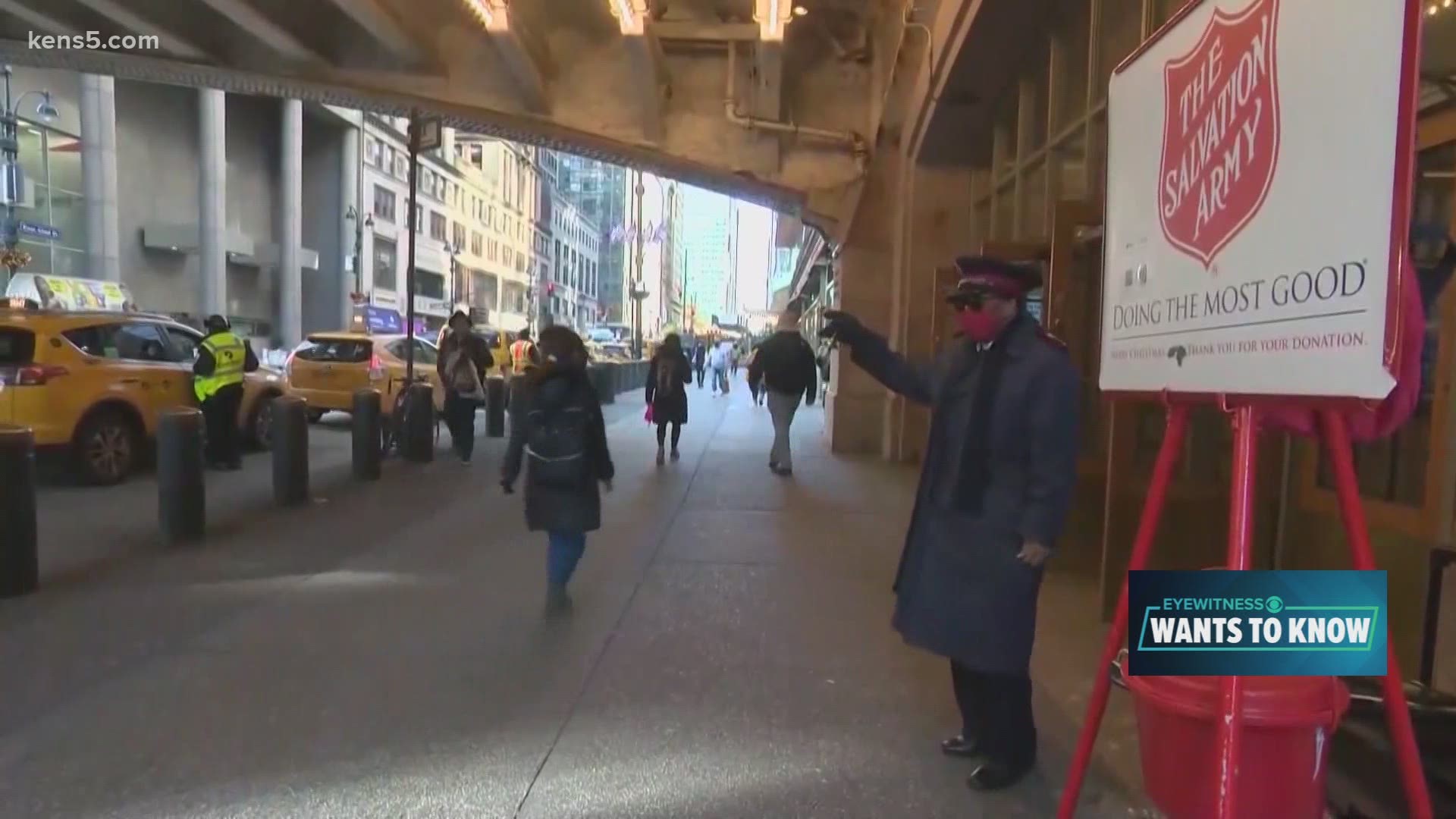 SAN ANTONIO — Many charities seek donations around the holidays to tap into the spirit of giving. Yet, there are plenty of fraudsters doing faux fundraising. Make sure your money is going to those who need it, not into the pockets of those who do not.

“Just take a second look at however you’re engaging, whether it’s a website, whether it’s by mail or even in person,” said Michael Skiba who is known as Dr. Fraud. “Make sure you’re really verifying who they are because I’ve seen a lot of websites that look fantastic, like the real website, but if you look at the name, the name is just a little bit off.”

Beware of sham charities. Watch for name similarities to avoid a case of mistaken identity.

“There’s a lot of big names out there an I’ll just mention one,” said Jason Meza, the regional director of the Better Business Bureau (BBB). “We’ll just say St. Jude. They have a certain website, they have a certain email chain, but they can be duplicated. You see St. Jude.org, St.Judge.net, St. Jude dot different endings everywhere. That creates confusion among donors.”

Make sure you know the exact name of the charity before you make your donation.

Think before giving on the spot.

“You will see a lot of people on the corner,” Meza said. “There’s always someone asking for money in the name of an organization. We see a higher frequency of that especially around the holidays in public locations. Don’t feel pressured to give on the spot. Responsible groups always welcome that money tomorrow.”

Do not give if they do not disclose where your money goes.

“Avoid charities that don’t disclose the mission, the program, the finances,” Meza said. “All that should be available. They have a 990 report, GuideStar, even Give.org. These organizations vet out charities that really tell you where the money is being used.”

“Smaller charities, they can show or demonstrate exactly how far a dollar will go,” said Meza. “We all want our money to create significant impact and less of the overhead or keeping the lights on kind of situation.”

Be careful how you pay.

“Most charitable agencies fall back on the traditional currency methods. A wire transfer, anything international and any cryptocurrency, huge flags, huge flags because those are very difficult to, more than difficult, to trace than other forms of currency,” said Skiba. “The consumer has very little recourse after that.”

The same goes for cash, gift cards or mobile payment apps. Use a credit card, Paypal or check to make your donation.

Think about giving more than money if you are strapped for cash.

“I think a lot of people arguably want to give to be able to give their time and their talent, their expertise, and that doesn’t involve money,” said Meza. “So even giving food, giving clothing, giving items that you have in house are other ways you can give opposed to opening up the wallet.”

Ensure your money goes to legitimate charities that serve others, not to those helping themselves to your cash.