A Texas Health and Human Services official said in a webinar in April some nursing home staff were also failing to screen workers and inspectors for coronavirus. 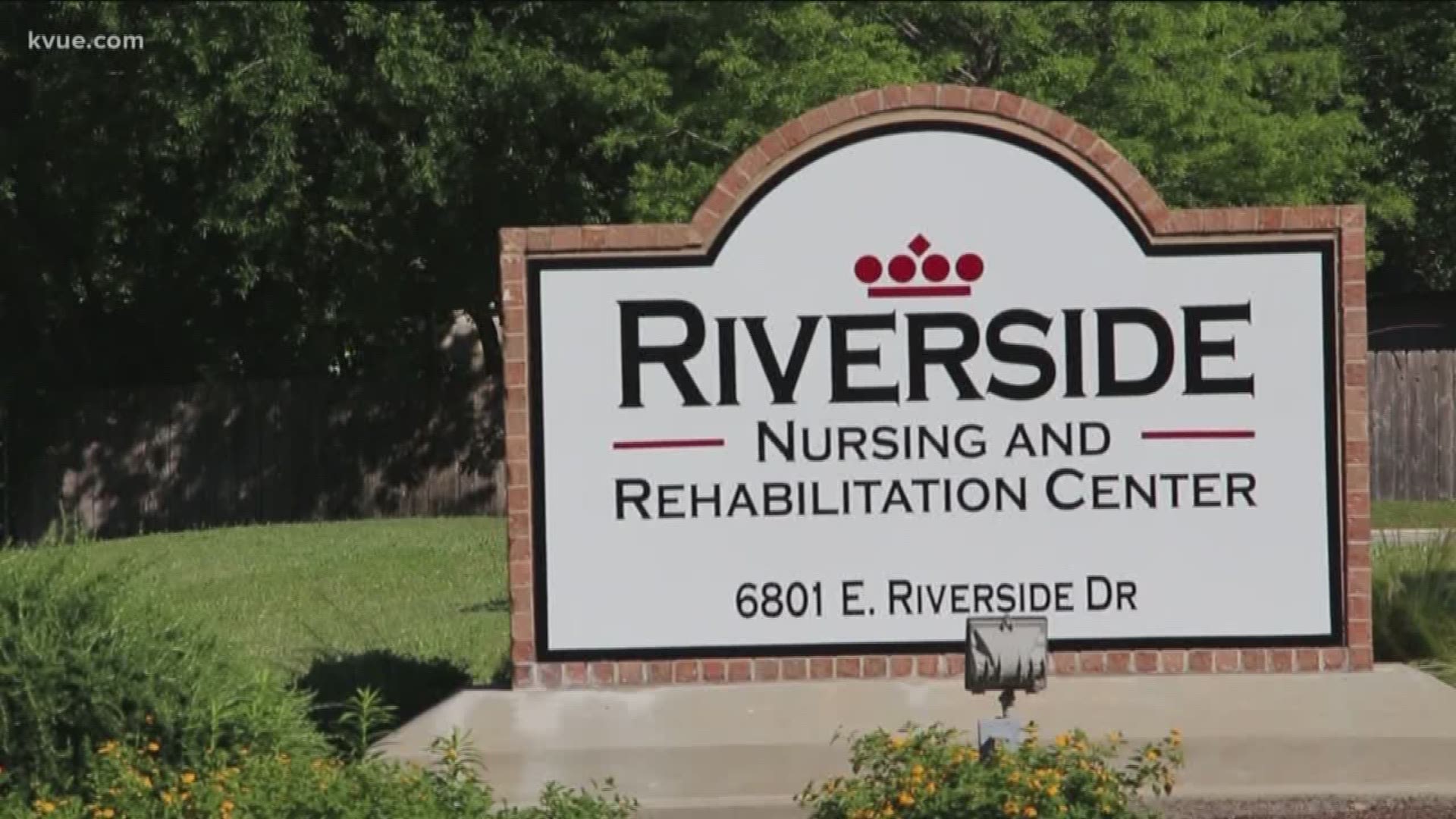 AUSTIN, Texas — State inspectors are checking if long-term care providers are complying with infection control standards to prevent the spread of coronavirus.

In new audio obtained by the KVUE Defenders, a state official admits some facilities have had staff working even while they have COVID-19 symptoms.

“He’s just at that point where, you know, he’s just fighting for his life,” Dawn Maracle said.

Maracle said her step-dad got COVID-19 while living in Riverside Nursing and Rehabilitation Center in South Austin. Now, he’s in the hospital.

Maracle is worried because workers told her on a phone call they kept patients with the virus isolated, but still in the building.

“They didn’t remove those people that had COVID when they found out so that they could protect the other people that were in the facility,” Maracle said. “I didn’t understand that at all.”

A Riverside spokesperson said they isolate patients to comply with federal requirements.

The Centers for Medicare and Medicaid Services is the agency that oversees nursing homes. It rates the facility “Much Below Average” for health inspections, citing 36 deficiencies in the past three years.

One of those was related to infectious disease control.

“Regency Integrated Health Services took over management of the Riverside facility on April 1, 2019," Riverside spokesperson Michelle Buckalew said in a statement. "Since then, Riverside continues to implement many changes to rectify previous complaints, including a full change of administration. As with any transition, change takes time and we continue to implement protocols and procedures to ensure we deliver quality care.”

But much bigger concerns inside state nursing homes are revealed by Texas Health and Human Services (HHSC) officials.

Some long-term care providers are not screening workers and inspectors who come into the building.

“We’ve even had instances where we’ve shown up at facilities and they’ve failed to screen before having us to come in,” Director of Field Operations Renee Blanch-Haley said. “That’s one of the things that we’re seeing.”

These comments came from an HHSC official during a webinar on April 17.

Inspectors had found several cases where workers with COVID-19 symptoms were still working in the facility.

“So they may have a fever or … when they are screened, they may not meet all the screening criteria to be cleared to come in, but they’re still being allowed to work,” Blanch-Haley said.

“We are requiring facilities with infection control issues to fully correct those issues and come into compliance with all regulations needed to protect resident health and safety,” HHSC spokesperson Kelli Weldon said in a statement.

Maracle was stunned to hear what KVUE uncovered.

“I’m extremely appalled,” Maracle said. “It was so neglectful and putting people’s lives at risk and people are dying.”

Also on Tuesday, the acting executive commissioner of HHSC repeated the explanation for why the agency won’t name nursing homes with coronavirus.

Family members like Maracle are struggling to get information about the spread of the virus inside facilities housing their loved ones. They want the state to help.

HHSC has received 18 public records requests asking which nursing homes have coronavirus, according to a letter the agency sent on Monday to the Attorney General’s Office asking for a ruling.