KVUE and the Statesman had begun looking into the case in February 2020, but the Williamson County Sheriff's Office declined to release any information. 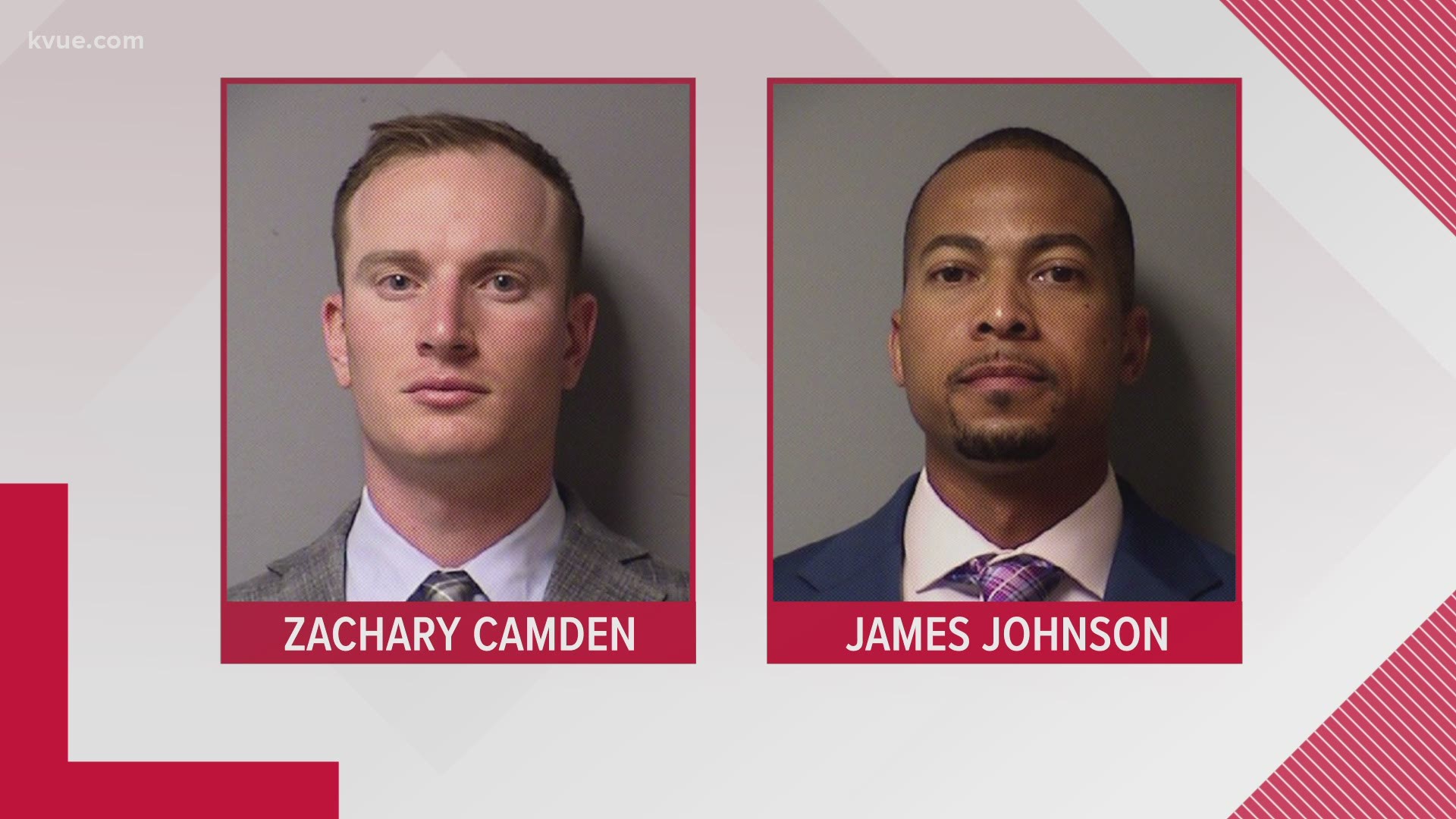 AUSTIN, Texas — A Travis County grand jury has indicted two former Williamson County sheriff's deputies in the death of Javier Ambler two years after he died in a violent encounter captured by a reality TV show.

Former deputies J.J. Johnson and Zach Camden were indicted on charges of manslaughter. Bail was set in the amount of $150,000 for each. Conditions include a prohibition on employment with law enforcement agencies or security companies.

Former Williamson County Sheriff Robert Chody is no longer in office after losing his bid for reelection in November.

BREAKING: Two years and a day after Javier Ambler II’s death, a grand jury has indicted two former Williamson County deputies with manslaughter in a case that raised questions about reality TV in American policing. pic.twitter.com/jdSWRoHtDt

The March 2019 chase started after Ambler failed to dim his headlights to oncoming traffic and Johnson began chasing him. During the 22-minute pursuit, Ambler struck several stationary objects before crossing into Travis County, where his car became disabled in North Austin.

Camden arrived on the scene, and the two deputies used Tasers on Ambler multiple times as he shouted that he had congestive heart failure and could not breathe.

Ambler's death received no public attention until June when the KVUE Defenders and Austin American-Statesman obtained records in the case and body camera footage from an Austin police officer who did not participate in the pursuit but who responded to a call to help the deputies.

KVUE and the Statesman had begun looking into the case in February 2020, but the Williamson County Sheriff's Office declined to release any information. In late May, just as the nation's attention turned to the death of George Floyd in Minneapolis, the Texas Attorney General's Office told the sheriff's office that it had no legal standing to withhold the records.

Prosecutors in Travis County, where Ambler's death happened, have said they were considering similar charges against the men for alleged actions they took the night of Ambler's death.

Prosecutors also have said for months that they would take a possible excessive force charge against Johnson and Camden to a grand jury. Travis County District Attorney Jose Garza, who took office in January, had set a March 30 deadline for the panel to finish reviewing the case.

“With these indictments, we have taken another critical step towards justice for the Ambler family and for our community,” said Garza. “While we can never take away the pain of the Ambler family, the grand jury has sent a clear message that no one is above the law. Some will inevitably seek to undermine the judgment of the grand jury in their own self-interest. A grand jury is an independent group of representatives of the community, sworn in to uphold their duties, and a critical part of society that enables the public to assess the evidence and participate in the administration of justice. We thank the jury that rendered this decision for their service to justice.”

Tuesday night, Javier Ambler Sr., Javier Ambler's father, said, "We are very pleased to see that the Travis County District Attorney is serious about seeking justice for our family. Our goal has always been to hold these officers accountable so that there are no more families who have to suffer like ours has. We sincerely thank Mr. Garza and his team, and hope they are able to secure a conviction to send the message that police officers are not above the law."

Attorneys for the Ambler family also released the following statement:

"We want to make public our strong support to the prosecuting agencies in this case for taking first, second and third looks at questionable police conduct and recognizing criminal conduct. We are currently in a national state of awareness and change as it relates to holding police officers accountable when they behave outside the bounds of the law. All across America, change is being demanded and police reform bills are pending around the country at the local, state and federal levels, while we are also in the midst of the George Floyd case, one of the highest profile criminal cases against a police officer in generations."

After the indictments, the attorneys for Johnson and Camden, Ken Ervin and Doug O’Connell, issued the following statement:

"Continuing to follow through on his political talking point, newly elected DA Garza has racked up two more indictments against law enforcement officers who were previously cleared through independent criminal and administrative investigations. The indictments were obtained through evidence chosen and presented solely by the District Attorney’s Office. Defense input was not solicited and no invitations were extended to Mr. Camden or Mr. Johnson to testify.

"Contrary to widespread media mischaracterizations, Mr. Ambler was not pursued for failing to dim his headlights. He was pursued for the felony offense of evading arrest in a vehicle, and over the course of the twenty-two minute pursuit for an additional four counts of leaving the scene of an accident, one of which involved crashing through a homeowner’s fence. Mr. Ambler’s fifth and final collision disabled his vehicle and prevented him from continuing to evade. Shortly thereafter, Mr. Ambler died because of congestive heart failure, hypertensive cardiovascular disease associated with morbid obesity, and lymphocytic myocarditis. Mr. Ambler’s physical exertion in resisting the three officers it took to get him into handcuffs no doubt contributed to his medical emergency, but Mr. Johnson and Mr. Camden are neither morally nor legally responsible for his death.

"We are requesting a trial as soon possible where we can ensure politics, campaign promises, and sensationalized media portrayals will not distort the truth of what occurred."

The charges will be prosecuted by the District Attorney Office’s Civil Rights Unit and are pending in the 299th Judicial District Court.