UT Austin stores sexual misconduct complaints in individual files, rather than a centralized database. School officials say that will change in January. 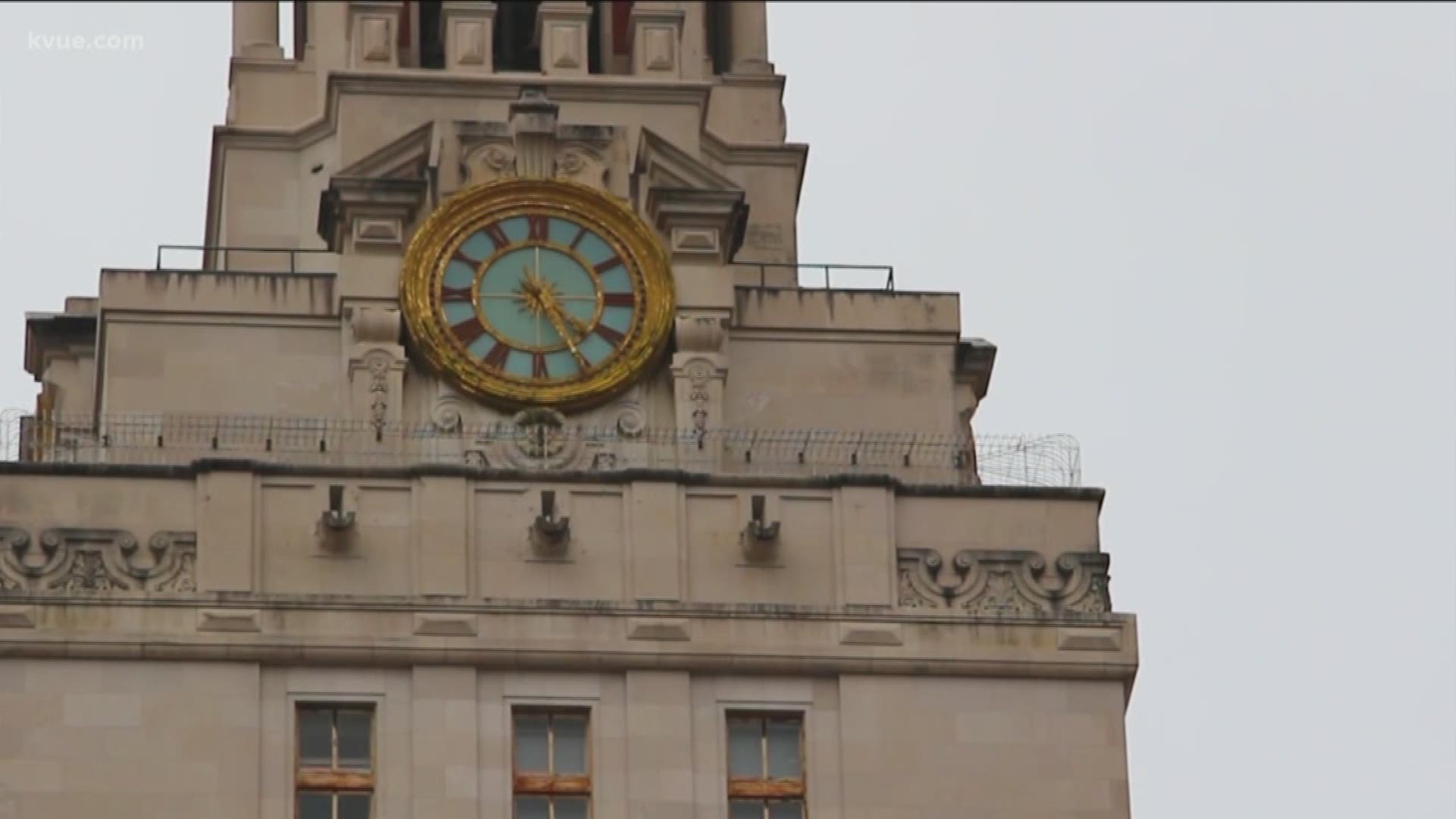 AUSTIN, Texas — Wednesday marked the third protest from students at the University of Texas at Austin over transparency of sexual misconduct on campus.

The protests come after students learned professors still taught on campus after they allegedly violated the school’s sexual misconduct policies.

But students and other members of the UT community remain skeptical.

“They don’t want to release anything bad that’s happening to make them look bad,” Michelle Steen, who used to work with the cleaning crew at UT’s Frank Erwin Center, said. “That’s how I feel.”

Steen filed a lawsuit in 2011 claiming one of her bosses, a UT employee, cornered her in an elevator, grabbed her waist and tried to kiss her.

“I was trapped in there,” Steen said. “He was trying to come onto me and I was very, very, very uncomfortable.”

UT denied her allegations, but settled with Steen and her attorneys, who agreed to drop the lawsuit in 2013.

But the KVUE Defenders wanted details about other complaints like Steen’s at UT Austin.

RELATED: University of Texas students ask for a list of professors guilty of sexual misconduct

In August, the Defenders sent one email to UT’s records office asking for sexual assault and harassment complaints from the past five years. A representative from the open records office at the university responded, saying the records would take more than 160 hours to find and cost KVUE more than $4,000.

Nine emails and a couple questions later, the Defenders asked for an interview with someone from the school. That same day, the records office somehow found a way to cut the workload and the price in half. But it would still cost about $2,000.

Three email exchanges and a few days later, a UT Austin spokesperson said if KVUE narrowed the request to the “findings,” the records would be free and available in 10 days.

After making that revision, the records office offered to send records from requests they had formerly completed free of charge.

But for the new information on sexual misconduct findings, which spans about one year, KVUE would still have to pay more than $100.

“Is there a possibility that the university is overcharging for open records to prevent people from getting access to them?” the KVUE Defenders asked.

“You know, there are a lot of journalists who get high estimates for open records,” UT Austin spokesperson J.B. Bird said. “The open records office is just giving you an estimate based on the amount of work that has to be done.”

That could be the case. But the Defenders found out there is a bigger problem behind the high cost for sexual misconduct records.

“Tell me how the current reports that exist, how have they historically been and how are they currently kept and cataloged in the university?” KVUE asked.

“Historically every individual case was in its own file folder – electronically and hard copy,” associate VP for inclusion and equity Marquita Booker said.

The KVUE Defenders discovered the school only keeps complaints of sexual misconduct in individual employee files. There’s no collective database where the school can easily access or view those reports in bulk, which makes it harder for the university to track them and harder for the public to access them.

“I think it is a problem if institutions are not keeping a centralized system and not documenting appropriately,” community education director at Stop Abuse for Everyone Sandra Molinari said. “It would signal that maybe they are not taking sexual misconduct and sexual misconduct seriously enough.”

Molinari said failing to keep every sexual misconduct complaint in one collective system is a huge problem.

“They could miss trends that are happening,” Molinari said. “If they don’t know where it’s coming from or how often it’s happening, they could completely miss the fact that it’s happening more in certain areas, certain departments.”

UT officials say they also recognize the pitfalls of their system for tracking sexual misconduct complaints. But the school’s Title IX coordinator tells me they have plans in place to make changes. Those changes come largely from a new law: Senate Bill 212.

SB 212 takes effect in January. It will put more requirements on how colleges and universities report sexual misconduct. Title IX coordinators will have to report incidents to the institution’s CEO when they happen. And the CEO has to publish a report once every semester disclosing misconduct allegations.

UT representatives said with the new law they will start keeping a database of all sexual misconduct complaints.

The way those complaints are tracked now has been a problem even for school officials.

“I think it’s concerning, and we acknowledge that and have recognized, I think it’s been a frustration for all of us, which is why we’re working so diligently to improve it,” Booker said. “And I think we have made the right strides in the right direction and are going to continue that momentum with SB 212.”

But until that happens, Steen remains skeptical.

“They’re hiding a lot,” Steen said. “They don’t want people to know what’s actually going on on that campus. And it’s frightening for the young people that are there right now that may have gotten sexually harassed or sexually assaulted.”

Officials with UT Austin said their new system for tracking these complaints will be in place by January, which is when the school should be able to provide records of sexual misconduct findings for the past five years free of charge.