Why is the FBI withholding DNA evidence in Austin’s 1991 yogurt shop murders?

The issue is the latest turn in a case that has haunted Central Texas since 1991. It’s been said that Austin lost its innocence that night. 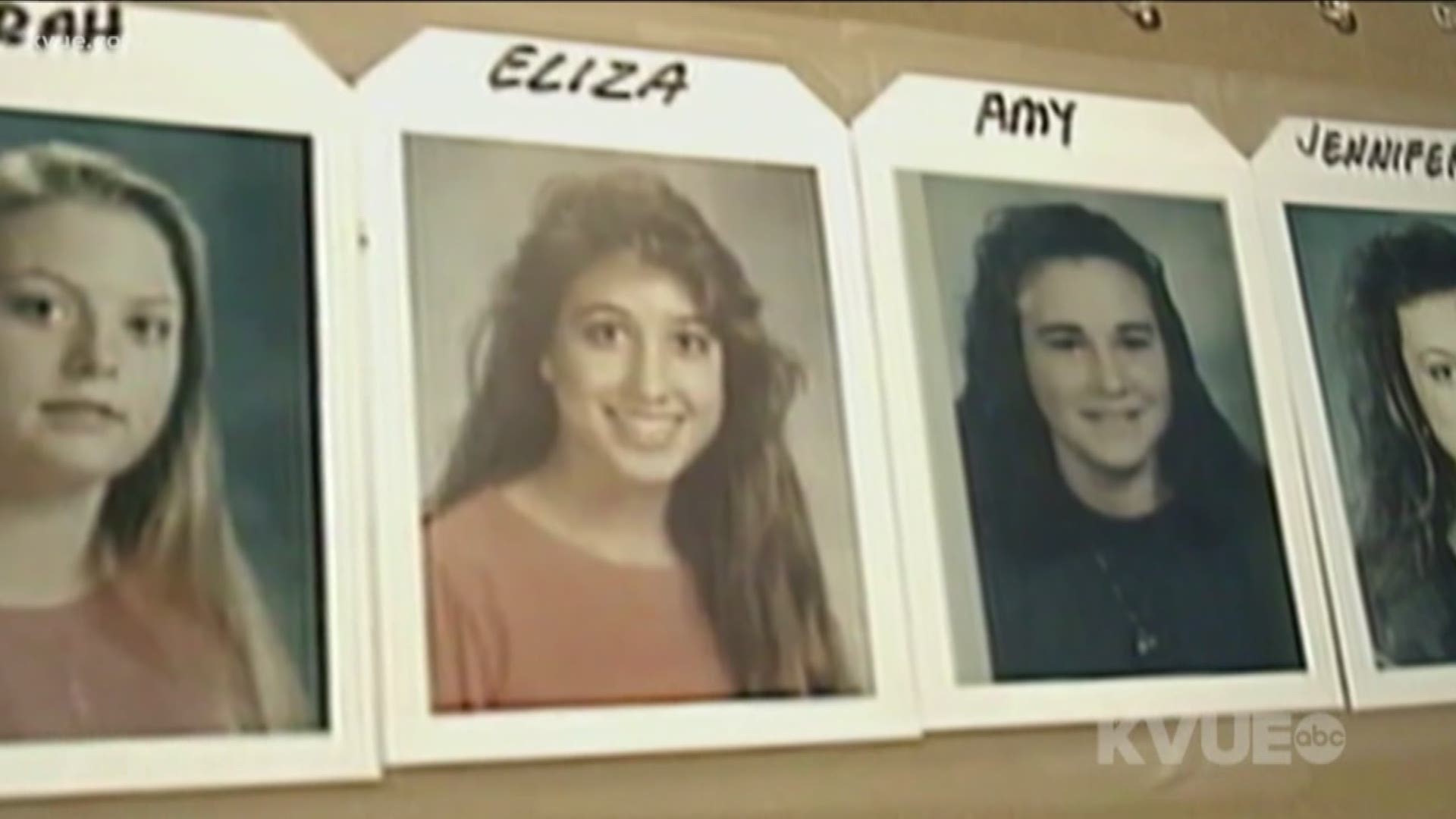 AUSTIN, Texas — The investigation into who killed four girls at an Austin yogurt shop 28 years ago has led to a nearly three-year standoff between local investigators and the FBI over the privacy of forensic information.

The impasse – which has stretched from Austin to Washington, D.C. – has remained private as officials have debated a federal law and the science at the center of the debate. However, authorities are now publicly discussing the matter, which includes the involvement of U.S. congressmen along with families of the four victims.

Credit: Tony Plohetski, KVUE
Amy Ayers was the youngest victim in the 1991 Austin yogurt shop murders. Her parents are still fighting for justice.

"Isn't it against the law to withhold evidence in a murder case?" said Bob Ayers, whose 13-year-old daughter, Amy Ayers, was the youngest victim. "All we've ever done is ask for help and now that we've found something, we can't get it."

FBI officials said the information being sought is protected by federal law and is not as significant as investigators hope.

The issue is the latest turn in a case that has haunted Central Texas since the night it happened Dec. 6, 1991. It’s been said that Austin lost its innocence that night.

Thirteen-year-old Amy Ayers and Sarah Harbison, 15, were visiting two girls who worked at the yogurt shop located in a strip mall in the 2900 block of West Anderson Lane. Those employees were identified as 17-year-old Jennifer Harbison – Sarah Harbison’s sister – and 17-year-old Eliza Thomas.

Amy Ayers and Sarah Harbison were visiting Jennifer Harbison and Thomas around closing time before they all planned on going to a slumber party later that night.

Someone entered the yogurt shop with the intention of committing a robbery, Austin police believe. Investigators believe the girls were then forced into a storage room and ordered to disrobe before they were bound. Each girl was shot in the back of the head, and the yogurt shop was torched with the teens inside.

Four men were arrested and charged in 1999 with capital murder, but two of their cases were overturned. The other two never went to trial, and the families of the girls killed said they have never seen a much-needed resolution.

Even though the notorious murders happened nearly 30 years ago, detectives at the Austin Police Department told KVUE that solving the crimes remains their top priority.

Austin-area investigators plea for evidence in the yogurt shop murders

The latest controversy centers on a DNA sample taken from Amy Ayers' body after the girls’ murder.

For years, analysts were unable to extract a DNA profile from the sample. However, as science advanced, analysts were able to cull out a male-only DNA strand called Y-STR, which is shared by a family of men, including fathers, sons and uncles.

A private lab in Virginia gave that profile to Austin investigators more than a decade ago, and since then, they have been trying to find a match but have been unable. It does not match the four suspects earlier connected to the case, and authorities have not ruled out the possibility that it belongs to someone who wasn't involved in the crime. Still, they said they need to conclusively match the profile with a person.

In 2017, an Austin police cold case investigator learned about a growing number of Y-STR databases and entered the profile found on Ayers into a database operated by the University of Central Florida's National Center for Forensic Science.

“It was a significant – we thought – the beginning of a very significant breakthrough," said Travis County District Attorney Margaret Moore.

Investigators asked for records from the Florida database and learned the FBI submitted the DNA profile to the University of Central Florida’s center.

“We thought, ‘Now that is really exciting news. Because that is a law enforcement agency, surely we will get full cooperation in seeing what we can learn from this piece of DNA,’" Moore said.

The FBI said it participated in a program to test anonymous Y-STR profiles to aid forensic scientists in learning the frequencies of those profiles in a population type.

However, the FBI said those profiles are not suitable to matching to an individual.

Austin investigators and Travis County prosecutors said they realize that potentially thousands of men could share the same Y-STR profile.

However, they said they believe the law provides a way for the FBI to share any records they have with another law enforcement agency about when, where and from whom they obtained the sample.

Last week, U.S. Rep. Michael McCaul, R-Austin, sent a two-page letter to the FBI's laboratory division, calling on officials to release information that may be useful to the investigation.

"As a member of Congress, a former federal prosecutor, a concerned member of the Austin community and a father of teenage daughters, I urge the Bureau to work with the State to provide this important information to authorities in Texas as soon as possible as they work to secure long-overdue justice for Amy, Eliza, Jennifer, Sarah and their families," he wrote.

The families of the yogurt shop victims said they pray that the case will soon be able to move forward.

"Everybody needs a resolution," said Amy Ayers’ mother, Pam Ayers. "Every time we think we made a little headway, we take steps backwards. My hope is dimming, considerably, unfortunately."

She added, "If this can't be done, I think it is time for a change in the laws."

WATCH: Why is the FBI withholding DNA evidence in Austin’s 1991 yogurt shop murders?