Combat veteran told deputies he was hearing voices, thought house was haunted day before he was fatally shot, report says

A new report shows Damian Daniels told deputies he was diagnosed as paranoid and had not taken his medicine the day before deputies fatally shot him. 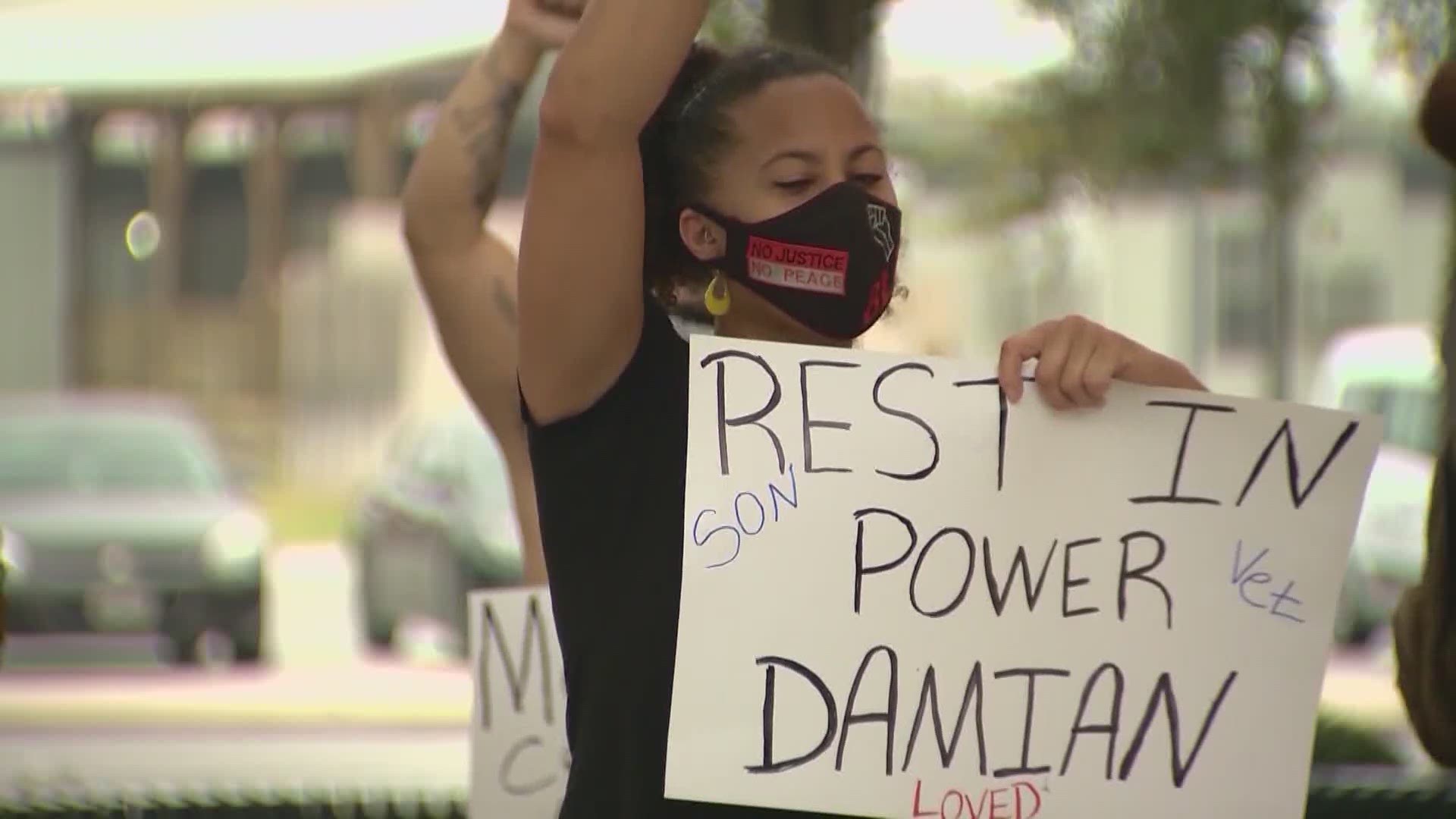 SAN ANTONIO — A combat veteran who was fatally shot by Bexar County Sheriff's Deputies late last month had told deputies one day earlier he was diagnosed as paranoid and had not taken his medications, a report obtained Tuesday by Eyewitness Wants to Know revealed.

The report is prompting even further questions about why the agency did not have a member of its 16-person Mental Health unit respond to veteran Damian Daniels' northwest Bexar County home Aug. 25, which ultimately ended in Daniels' death.

According to an incident report, sheriff's deputies went to Daniels' home in the 11200 block of Liberty Field the evening of Aug. 24 and found Daniels in the front lawn. The report states he told deputies there was something wrong with his house and that he was hearing noises from an unknown area of his house. According to the report, he told deputies he thought the house could be haunted.

Deputies left after telling Daniels to go inside and take his medication and to call back if he needed help.

"At this time, the male subject was deemed not to be a substantial risk of serious harm to himself or others and did not show signs of decompensation. The male subject did not meet the criteria for emergency detention," a deputy wrote in the Aug. 24 report.

Though, even with information that Daniels was living with mental illness and had been off his medication, no one from the mental health unit became involved when deputies were dispatched to Daniels' home the next day.

Daniels, Sheriff Javier Salazar said, was experiencing a mental health episode and had a 40-caliber pistol seen bulging from under his shirt during the Aug. 25 encounter.

Salazar said deputies spoke with Daniels, attempting to get him assistance, but when Daniels refused to go with deputies, they unsuccessfully utilized their tasers. Salazar alleged that during a two-minute struggle with deputies, Daniels attempted to grab a taser from another deputy.

Salazar said during the struggle, deputies tried to wrestle Daniels' gun away.

"I believe that it became pretty apparent what his intention was with that handgun that, I believe, led to the response by the deputies," Salazar said in the immediate aftermath of the shooting without elaborating. Deputies opened fire during the struggle, killing Daniels.

The deadly shooting has sparked protests outside the Bexar County Jail and Bexar County Courthouse. County Judge Nelson Wolff said while he has not yet seen the video of the officer-involved shooting, which Salazar has vowed to release, he believes the situation was not appropriately handled. Wolff called for an investigation into the handling of the call that resulted in Daniels' death.

Asked for his thoughts on the agency's decision to not send a member of the mental health unit to Daniels' home Aug. 25 despite the call to the home Aug. 24, Wolff speculated there may have been a breakdown between dispatchers and patrol deputies since it was the Red Cross who had contacted dispatchers. He added that when deputies realized Daniels was armed, they should have stepped back and called for deputies with the Mental Health Unit.

Salazar has said there wasn't time for that.

“Deputies were not able to find a break in action to call for the Mental Health Unit," Salazar said. "They had to go with what they had with an individual who felt he was a danger to himself or others.”

Salazar said that the deputies were not initially sent to the home because standard procedure is to send patrol deputies to such calls. He also said he does not believe deputies from the Mental Health Unit, which often wear plain clothes and carry a less-bulky weapon, would have responded any differently. Though, the unit is among a select pool of patrol deputies armed with less-than-lethal 40 mm launchers which have been used by agencies across the country to incapacitate suspects without killing them.

Deputies who responded to Daniels' home the day prior to the deadly shooting also had the option of subjecting him to an emergency detention, which is typically reserved for individuals who are a danger to themselves or others. Although, the report notes deputies felt Daniels did not meet the criteria.

Wolff said he feels Daniels' death "should have never happened."

"I am asking County Manager David Smith through the Mental Health Department to review this case and to recommend changes in policy," Wolff said in a statement late last month. "In cases like this, with known mental health issues, it may have been better to send crises mental health professionals rather than deputies with guns and uniforms. I am also asking Smith to determine what additional mental health staff would be required to augment our Mental Health Department enabling us to better respond to cases like this.”

Wolff said Tuesday the department may return recommendations on policy changes as soon as this week, noting that county officials were exploring a model used in Denver, Colorado.