Breonna's Law signed by Louisville Mayor, no-knock warrants are now banned from being used by LMPD

Breonna’s Law will completely ban the use of no-knock search warrants. 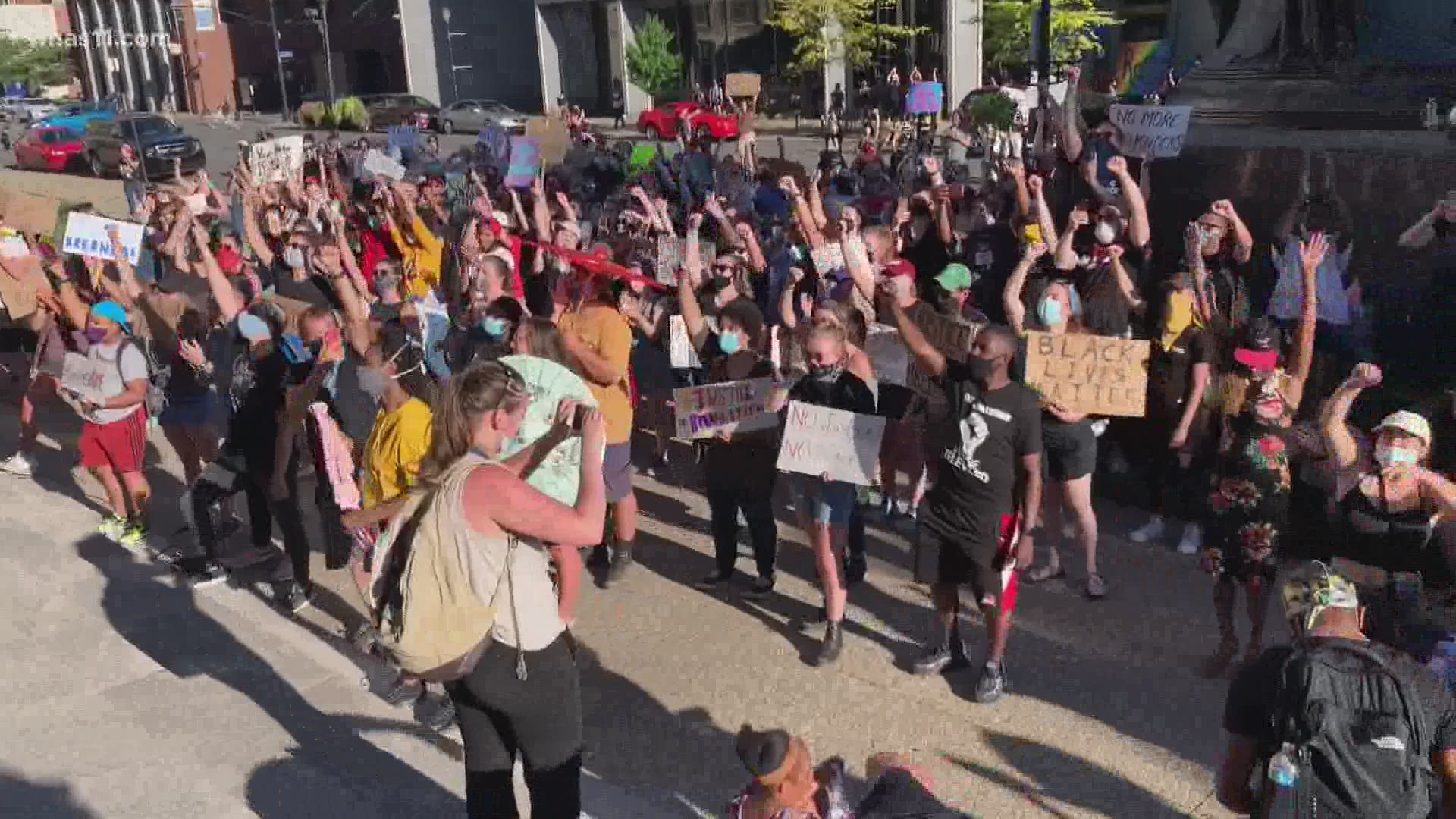 LOUISVILLE, Ky. — In a unanimous vote, Louisville Metro Council passed Breonna's Law Thursday night during a scheduled meeting. The vote was followed by a standing ovation from the councilmembers and cheers from protesters watching outside on special monitor setup for them.

Breonna’s Law will completely ban the use of no-knock search warrants. Body cameras worn by police officers will be required to be turned on five minutes before and after every search, and anyone who violates it will be subject to disciplinary action.

“I’m proud to be a Louisvillian. This is probably the proudest moment I have had as a member of this council. So, it’s a good day to be a Louisvillain. The entire world is watching us,” Councilwoman Jessica Green, District 1, said after the vote.

Attorney Ben Crump, who represents Taylor’s family, called Breonna’s Law an opportunity to save lives and it set an example for America.

“Metro Council’s passage of Breonna’s Law is a small bit of justice for Breonna’s mourning family and our angry, heartbroken city. It’s an important, but small step in the fight to eradicate racist police violence that has taken too many lives. Government officials on all levels must do more to rein in police power, address problems within their police departments, increase transparency, and end disparate treatment of Black people in all institutions of power. We will continue to fight for these desperately needed changes in Breonna’s memory. We are joined with all those that have taken to the streets tonight to say her name: Breonna Taylor.”

RELATED: 'Justice for Breonna Taylor Act' which is meant to prohibit no-knock warrants introduced by US Senator Rand Paul

RELATED: 'We miss her so much': Breonna Taylor's family hold vigil, balloon release as thousands call for justice