'No amount of money will ever amount to Breonna's death': Breonna Taylor's aunts cherish memories as they await indictment

"If the investigation was done thoroughly like [Daniel Cameron] said it would be done there should be charges brought up against these officers." 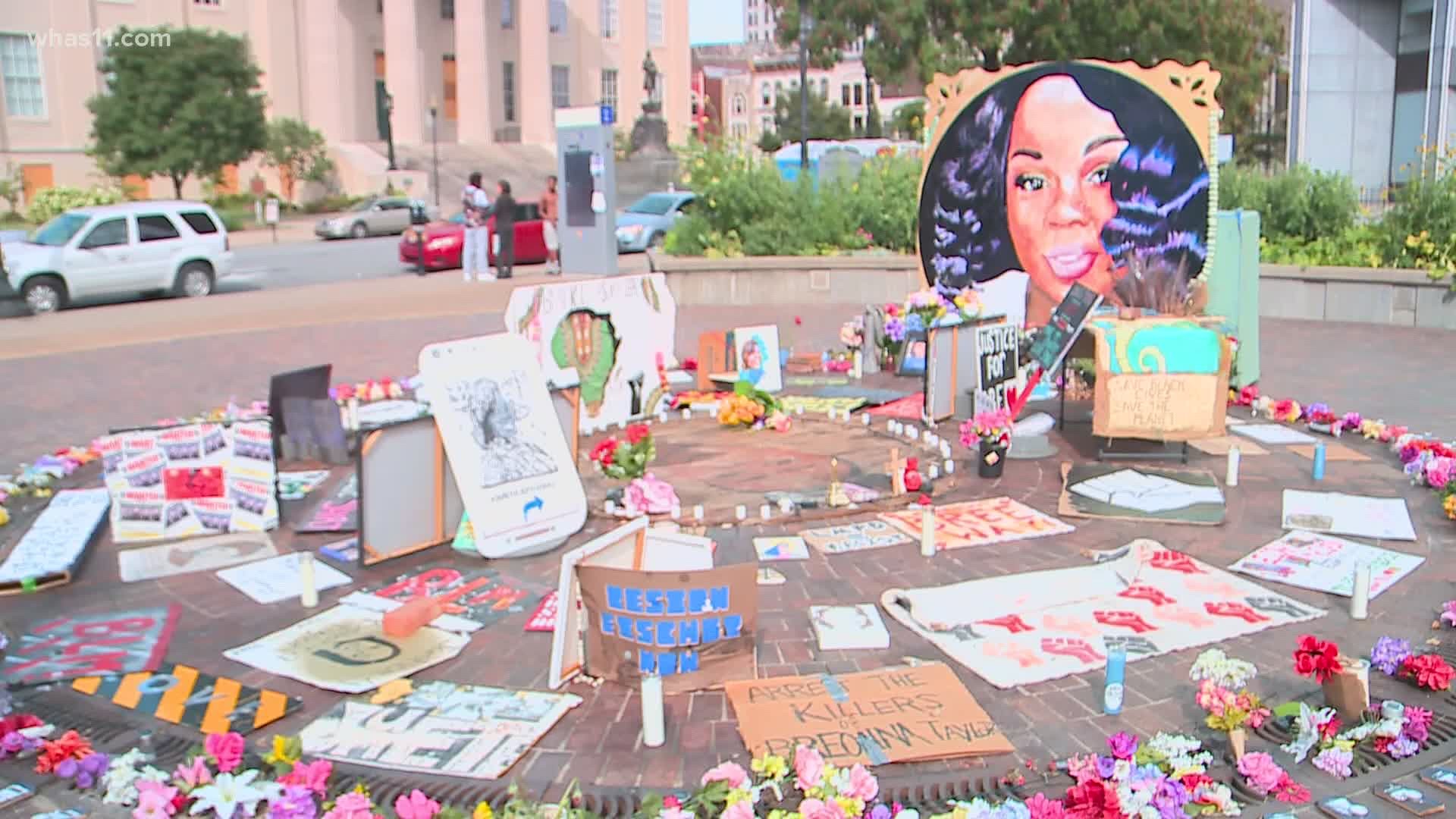 "She helped her grandmother with her medications and even her grandmother taught her how to give her insulin when she got old enough," Austin said. "I think she always had that caring spirit."

Taylor was born and raised in Grand Rapids, Michigan before moving to Louisville where she attended Western High School. After graduating from University of Kentucky, she worked as an Emergency Room Technician.

Austin and Holloway spent Tuesday consoling their sister Tamika Palmer, who accepted a $12 million settlement from the city following the police shooting that resulted in her daughter's death.

"No amount of money will ever amount to Breonna's death," Austin said. "I just felt my sister she didn't want to do this long drawn out years and reliving this."

Tuesday was the first time Taylor's family returned to the Mayor's Gallery since they watched Taylor walk across the stage there in 2016 where she accepted her EMT certificate.

Six months after Taylor was shot and killed in her apartment, her family is now putting their hope and faith in Daniel Cameron's office. The two said they are hopeful for justice and will "speak it into existence."

"If the investigation was done thoroughly like [Cameron] said it would be done, there should be charges brought up against these officers," Austin said.

RELATED: FOP president calls for Breonna Taylor banners to be taken down