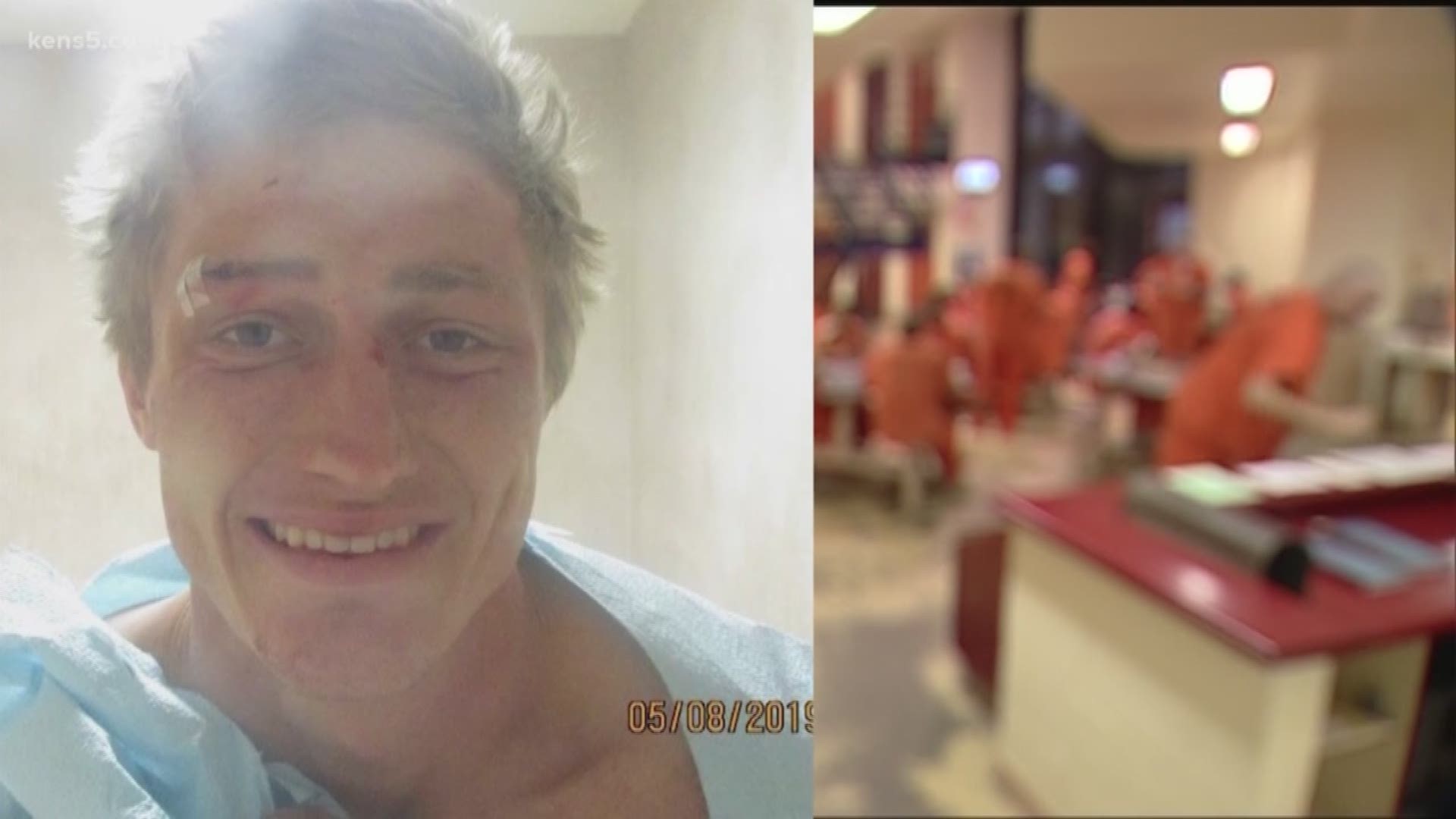 Bexar County officials say 24-year-old Matthew Fields was in the infirmary area of the jail. Officials say he tried to climb into the ceiling of his cell and into a stairwell. He then reportedly ran up the stairs to the 7th floor, where he was caught and tased by deputies.

Two deputies had minor injuries from following the man into the ceiling. A spokesperson for the Bexar County Sheriff's Office said the deputies were checked out, but are now okay. The office said while Fields was in the stairwell, he opened a sprinkler valve, which caused some flooding in basement of the jail. BCSO said Wednesday afternoon that it is still totaling the damage, but it looks like thousands of dollars' worth so far.

Officials say Fields is facing several possible charges, including Escape and Criminal Mischief. He was in jail on a charge of Criminal Trespass on a $200 bond, meaning he could have been out for $20.

The jail says it will cost $60 to $200 to house him every night he's here, which will likely now be longer than the original offense. That’s on top of what they're spending to clean up.