The $86.9 million federal contract will provide 1,239 beds and other necessary services to migrant families for generally less than three days. 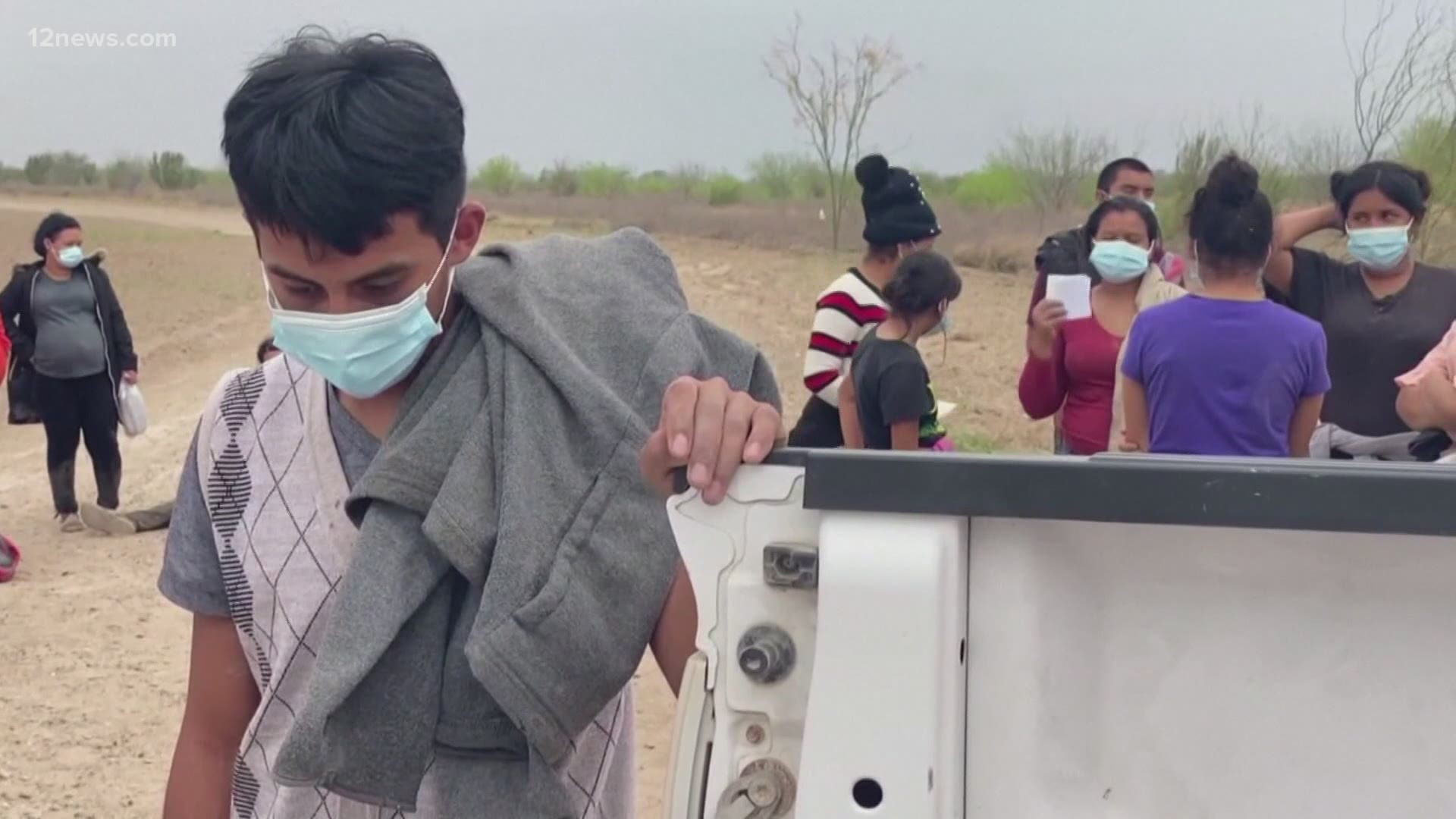 PHOENIX — Personnel with ‘Emergency Services’ shirts were seen Friday at a hotel in Phoenix. It will be one of those used to house migrants who are seeking asylum and in immigration proceedings.

U.S. Immigration and Customs Enforcement has not confirmed the specific location of the hotels, but has partnered with Endeavours, a Texas-based non-profit, to provide temporary shelter and processing services.

Staff at the hotel unloaded crates of boxes and took them inside the hotel, as access to the premises was blocked off, only allowing delivery trucks in.

The $86.9 million federal contract will provide 1,239 beds and other necessary services to migrant families for generally less than three days.

“We’re seeing what was already a flawed and disabled system be even more taxed under the circumstances that we’re seeing,” said Juanita Molina, the executive director at Border Action Network, a Tucson-based non-profit that serves migrant communities.

Molina says that, given the current immigration flows, federal detention centers are filling up. But using hotels to help with overflows is not new.

“This actually is a problem that has spanned multiple administrations because there is no standardization of process,” Molina said.

Under the Trump administration, a reported 900 people were housed by ICE in several hotels across multiple states during the pandemic.

A July report found that immigrant children as young as one were detained in hotels sometimes for weeks, before being deported.

RELATED: AP: Migrant kids held in US hotels, then expelled

The organization in charge of overseeing the “family reception sites” says it has served migrants since 2012.

Molina said that, although hotels tend to be a safer option than border patrol stations, they are not held to the same health and safety guidelines as federal detention centers.

As unauthorized border crossings jumped 71% from February to March, Senator Kyrsten Sinema, who is the Chair of the Subcommittee on Border Management, has called on the department to provide more resources in Arizona to manage the flow of migrants, a spokesperson said in a statement.

“Senator Sinema is continuing to monitor the situation and will hold Secretary Mayorkas and DHS accountable for protecting Arizona communities and ensuring all migrants are treated fairly and humanely,” a spokesperson said.

12 News reached out to Endeavours, ICE and the reported hotel chain for comment but have not heard back.

“Our border is not open,” said ICE Acting Director Tae D. Johnson in a statement. “The majority of individuals continue to be expelled under the Center for Disease Control’s public health authority.”

Mayor Kate Gallego spokesperson said senior officials within DHS notified the city last week that family units would be housed in hotels in the greater Phoenix area, but weren’t provided with specific dates or locations.