Taylor Singleton thought she was going to die in an officer-involved shooting last October. She was able to escape the gunfire, but could not elude two friends shot in front of her, one of whom died. 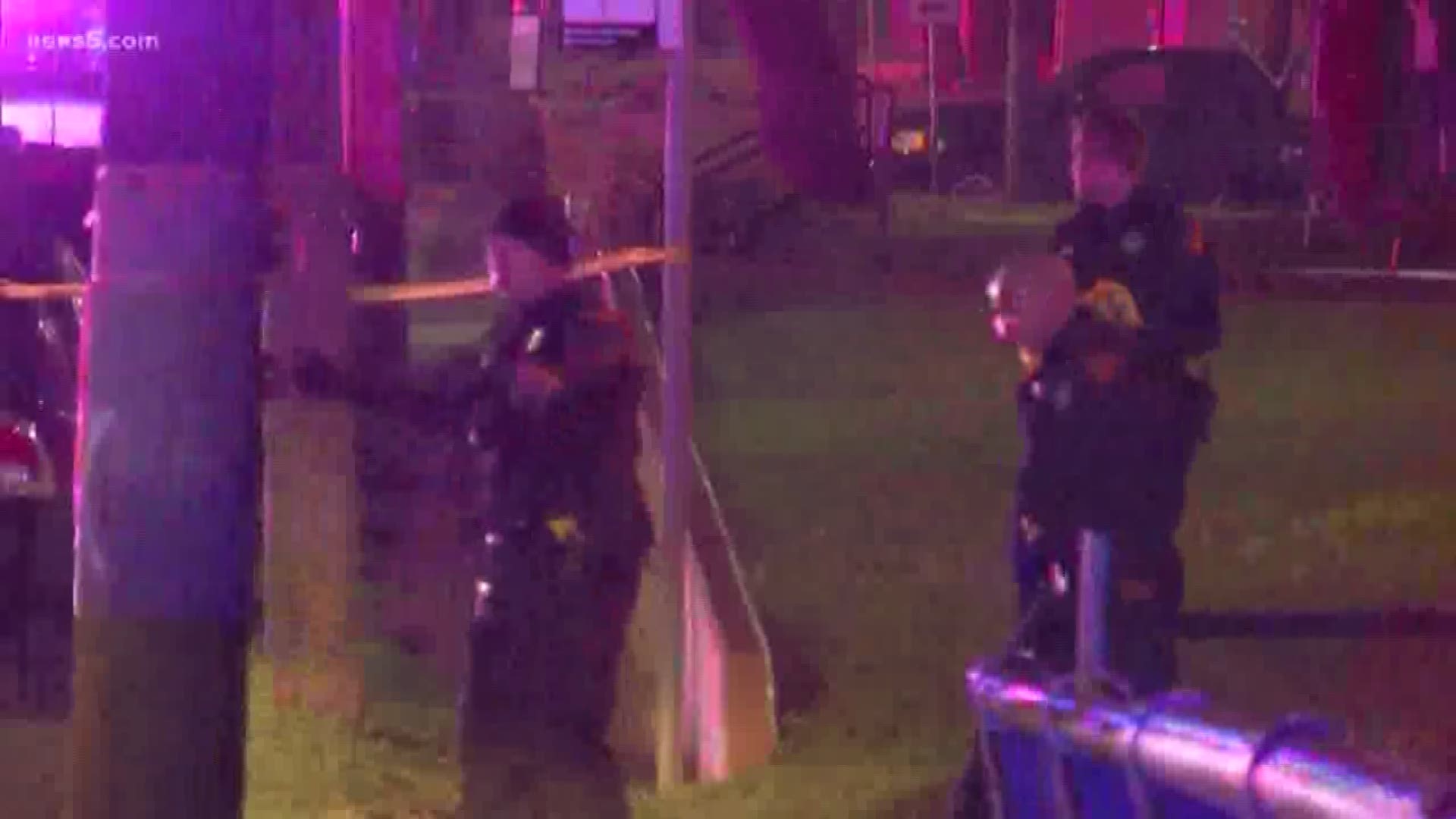 One minute, she and friends were hanging out. The following moments would turn that same space into a crime scene with looming questions about a San Antonio Police officer's use of deadly force.

"He didn't say he was SAPD. He didn't say nothing," Singleton said. "He just said, 'Don't move.' Don't move and he fired. Multiple shots."

Singleton said she was sitting on a couch in a small living room at 217 Roberts Street. San Antonio Police got a call for an assault at the home.

Steve Casanova was one of the officers who responded to the call. He was the one Singleton said entered the home.

"So it's like he just opened the door with a gun and a flashlight," she said.

The eyewitness said she and suspect Davante Snowden were blinded by the light. As they tried to make out who was entering the home just before 1:30 a.m., Singleton said the man spoke.

According to Singleton, 24-year-old Snowden got off the couch to confront a man she said no one knew was an officer at the time.

"The officer overreacted not realizing that he was in the wrong. Fired shots and killed an innocent person,"  said Alex Washington, a lawyer.

Washington is a Dallas and Louisiana-based attorney representing Snowden on a charge of felony possession of a weapon. Snowden was indicted on the charge for the Roberts Street incident.

But Washington says Snowden did not have a gun when Casanova entered the house.

"When the case is presented before a jury, if it makes it before a jury, you won't see any shred of evidence that indicates he had a weapon in his possession," Washington said.

The memory of the gunfire is clear to Singleton, who says she sat on the couch dodging gunfire as two of her friends were shot.

Singleton, however, says it didn't happen like that. In her version of events, the officer sprayed the room with gunfire. According to the eyewitness, a separate shot killed Roundtree.

"The only reason I didn't get hit is because the bullet that went through Davante's butt went past me and went into the wall at the neighbor's house," she said.

She remembers calling 911 for help as Roundtree fought to stay alive.

"He suffered,"  Singleton said. "I watched him die."

Singleton said EMS personnel response to Roundtree was not lifesaving at all.

EMS dispatch records show they received a call for the shooting at 1:26 a.m. A unit arrived on the scene six minutes later. It's unclear if Roundtree received treatment, but a public records request is being filed by KENS 5 to find out.

Snowden, per EMS records, was transported to the hospital at 2:03 a.m. as a low-risk injury patient.

"It's messed up because nobody was doing anything," Singleton said. "And then you have an 18-year-old boy who accidentally gets shot."

SAPD is not commenting on the case due to pending litigation; Roundtree's family is suing for wrongful death. Prior to the lawsuit, police said the home was a crime magnet, with records detailing 130 visits over two years. 64 of them were for drugs.

Snowden, according to an arrest warrant from April 2018, said he was a documented gang member.