She escaped from the 68th floor on 9/11. She's finally found peace on a horse farm near Atlanta

“There's a third class of people like me, who just went to work that day, they walked out, and now they’re spiraling out of control," Bergeron said. 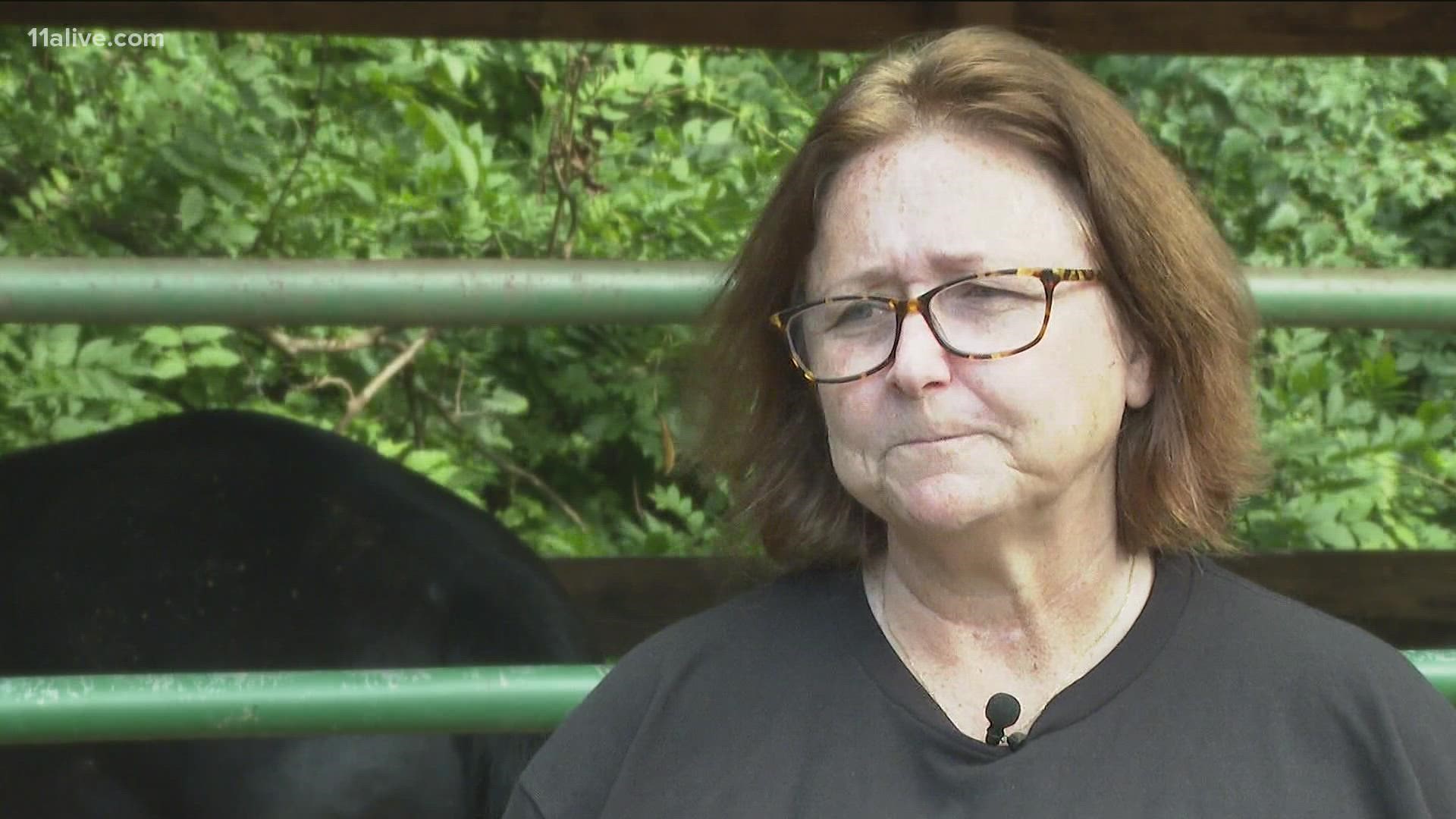 ATLANTA — A 9/11 survivor said she’s finally finding peace 20 years after that grave day thanks to an equine therapy farm in Milton, Georgia.

Kayla Bergeron narrowly escaped from the 68th floor of the North Tower on Sept. 11th, 2001.

"All of a sudden the building kind of lunged forward," Bergeron recalled of that morning. "A security guard came to my floor and said, we're evacuating. You have to leave now. Then it felt like the whole earth shook. That's when we knew the second tower came down."

From there, Bergeron said it was sheer chaos.

"The stairwell was blocked and the lights went out," she recalled. "We started to scream. We see a light and we hear somebody, must have been on a bullhorn, saying if you can see the light, follow the light. We found this light and we came out on the side of the building. A police officer tells me to run. I turned around. Here comes this enormous cloud, black, thick soot.”

Bergeron ran 16 blocks to police headquarters, where she helped coordinate tracking down survivors.

“As they called in, we would cheer, we would scream, put the names in an excel spreadsheet," she said.

She was also crushed to learn that her boss and several other friends and coworkers hadn't made it out alive.

After 9/11, Bergeron explained every day was a struggle.

“There's a third class of people like me, who just went to work that day, they walked out, and now they’re spiraling out of control," she said.

It wasn’t until 3 years ago that she was officially diagnosed with PTSD.

“I wish I could relive the years after," Bergeron said through tears. "I wish I knew I had PTSD. I just thought I was depressed.”

Someone recently recommended Bergeron call Special Equestrians of Georgia, so she (albeit hesitantly) did.

“I called and I'm like, I'm not a veteran. I'm in a bad place. Somebody suggested you, do you think you can help me?" she recalled.

"I said, just come on out," Edwards explained. "And she shows up and she's a mess. She'll be the first to tell you that. She was shaky and pale and couldn't really hold a conversation ... she was clearly suffering from PTSD."

Edwards said she witnessed the moment Bergeron clicked with the horses.

"This horse comes up right behind the fence, she just she just kind of put her head over the top of Kayla's shoulder and sat there," she recalled. "Kayla was completely silent. And she says, 'what am I supposed to do?' I said, she's just offering you some support. And all of a sudden Kayla released that breath and the horse just kind of nudged her and walked away."

Bergeron said that was a life-changing day.

"That was a significant date for my turnaround," she said, smiling as tears welled. “I come here, I play with some of the horses, I talk to the horses. Everything stops out here. This is a peaceful place. It really saved my life.”

And just like the rest of America that day, she’s learned that rock bottom is still something to stand on.

Over the weekend, people across the nation and metro Atlanta are organizing to honor those we lost two decades ago.

Here are events happening over the weekend in and around Atlanta you can attend to memorialize the day.

READ MORE: Here's how you can participate in 9/11 remembrance events in metro Atlanta