“All of our men had shown up to the local armories and had gone down without anyone calling them. More than 100 men showed up knowing it was there duty to do so." 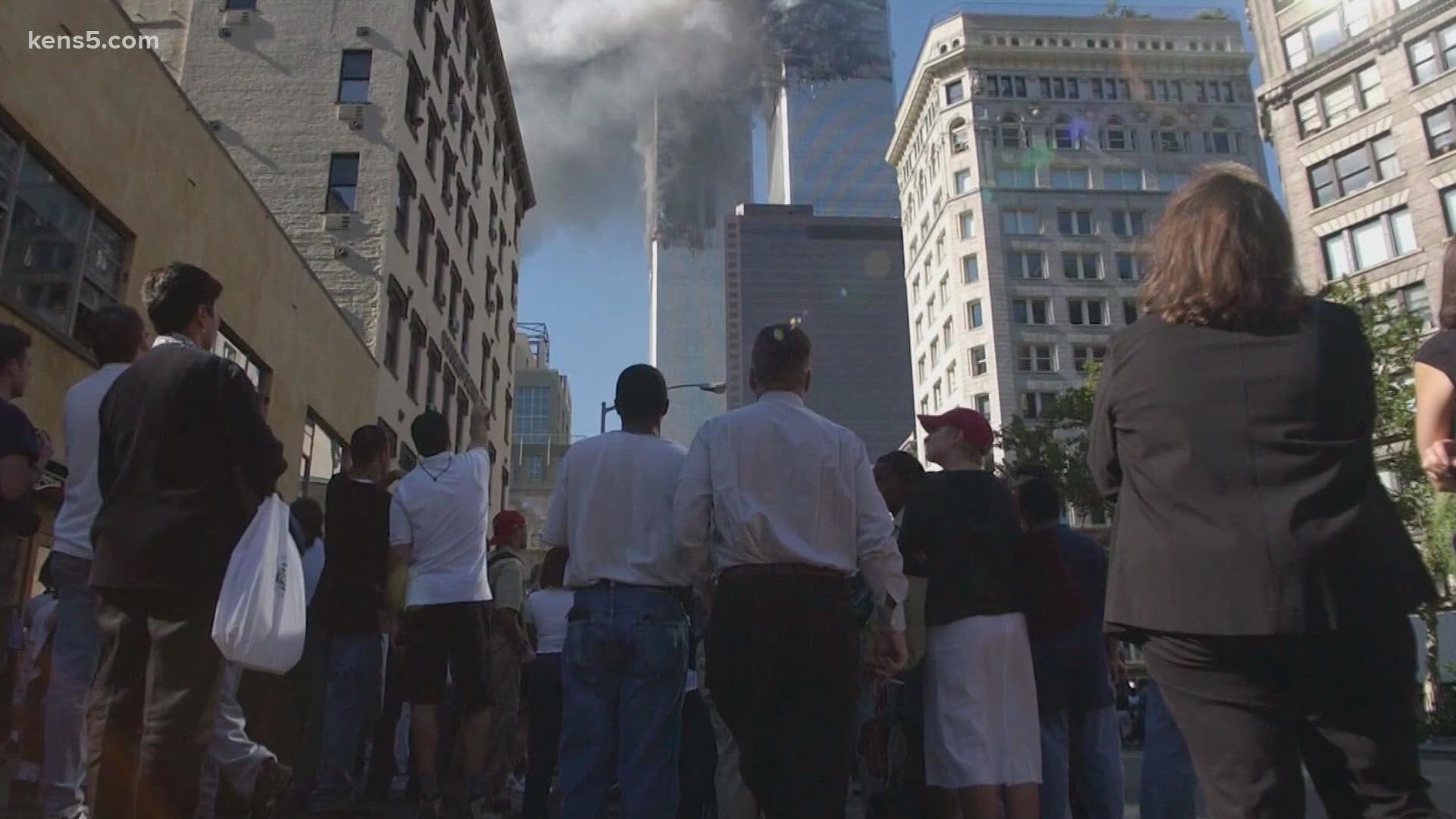 SAN ANTONIO — 9/11 changed the lives of millions of people across America, but for those residents and first responders who were on the ground, it’s something they say they’ve lived with every day of their lives.

Eyewitness News reporter Jordan Foster sat down with New York Army National Guardsman Kenneth Albarran who reflected on the moments he helped with search and rescue efforts after both towers collapsed 20 years ago.

“My name is Kenneth Charles Albarran. I’m originally from the New York City area and I joined the New York Army National Guard in the 90’s. Then of course 9/11 happened and it was a whole different ball game.

“All of our men had shown up to the local armories and had gone down without anyone calling them. More than 100 men showed up knowing it was there duty to do so. We got our gear and moved on out and went down to Ground Zero.

“It was a warzone, everyone using that term quite often. It did reflect a warzone with the bodies and debris and all of the buildings were destroyed.

“It was heartbreaking of course, especially when you had to come home at night to the armories and seeing all the families asking if we found their dads, husbands, and wives but of course we did not.

“You sort of relive it over and over a little bit at a time. You try to put it out of your mind, but you never really can, especially if you have any health issues from it. I have difficulties breathing, because we were breathing in that dust for quite some time. It was amazing, and we were just hoping to find people that were still alive. Unfortunately, that never happened.

“There were very few people who were pulled out of there alive and unfortunately a lot of people died. We know the numbers and it’s absolutely horrible.

“It affected me immensely. I had to give up a business in order to serve here and then to serve my country in Iraq and unfortunately I needed medical attention from Iraq and came here to San Antonio.

“It was in between here and there I was able to go back to New York and the few times I did go back I did go to the 9/11 site. To see the new tower and the reflecting pool and to think about what happened that changed my life. It changed a lot of peoples lives, it changed most of Americans lives.”