Looking back at San Antonio's biggest snowstorm, 35 years ago today

Some of South Texas received 14 inches of snow in one weekend back in 1985, turning the region into a winter wonderland. 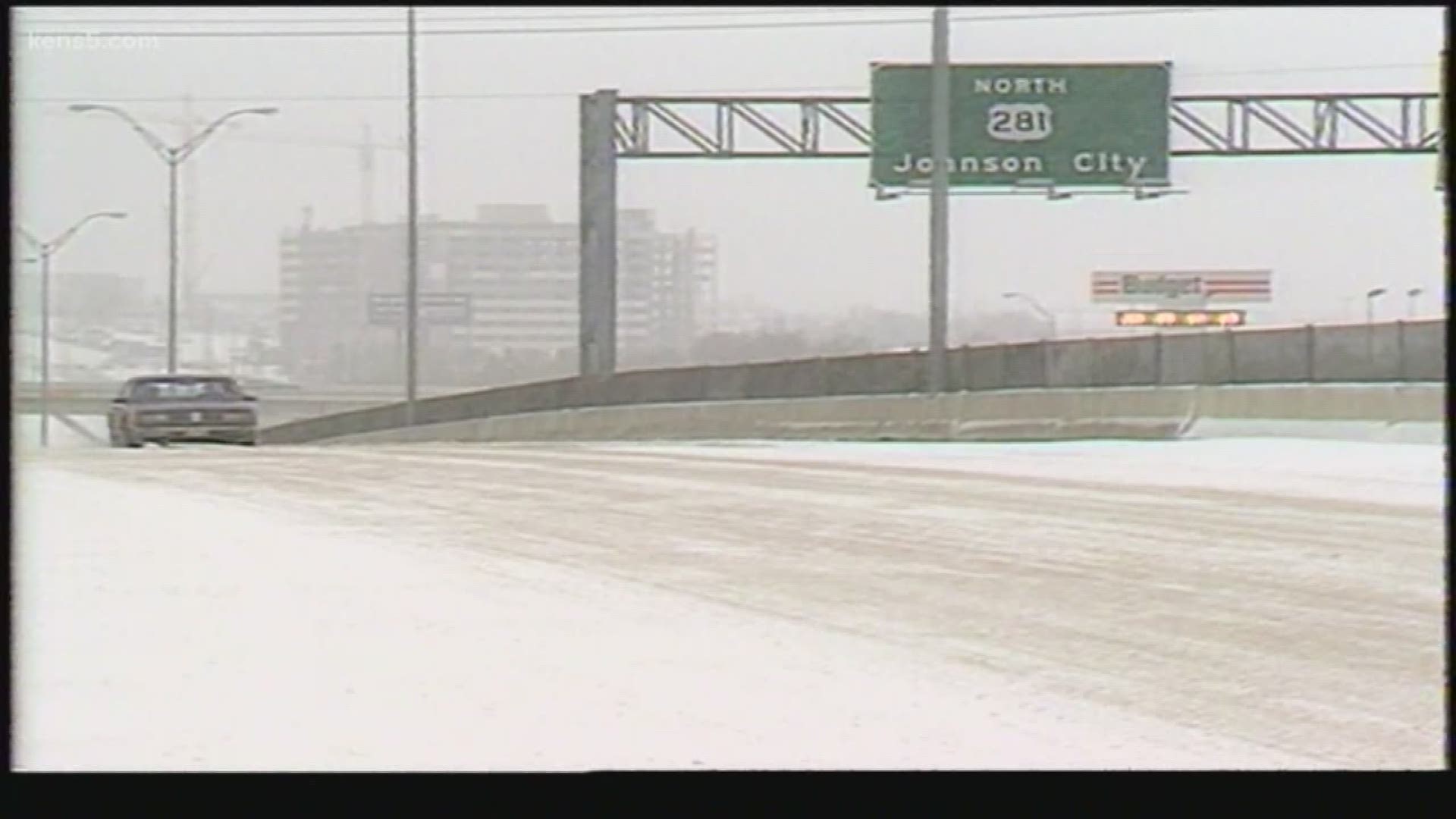 SAN ANTONIO — Thirty-five years ago today, remnants of the 1985 snowstorm were beginning to dissipate, leaving South Texas with a blanket of snow that could be seen from space.

One of the easiest ways to differentiate snow from clouds is by looking at looping satellite imagery. Clouds will move faster while snow may change at a slower pace.

Snowfall records dating back to 1885 were easily shattered in one weekend. From Friday, Jan. 11 through Sunday, Jan.13, anywhere from one to 14 inches of snow fell over Del Rio, Eagle Pass, and San Antonio all the up into the Austin area. In the Alamo City, a total of 13.5 inches of snow fell while Del Rio received 8.6 inches of snow.

How fog forms and what causes it to dissipate | WEATHER MINDS

For the first time ever, plows could be spotted clearing snow off runways at the San Antonio International Airport.

If you lived in San Antonio in 1985, you may also remember the River Walk turning into a gorgeous winter wonderland.

Many areas looked like a Christmas postcard, including Brackenridge Park in San Antonio.

The right ingredients were in place for this record snowfall to occur. After a surge of arctic air, a series of disturbances ahead of the main low over Northern Mexico swept across our region. This caused lift for winter-like precipitation to occur. Parts of Bexar, Bandera, Real, Uvalde, Kinney and Maverick counties picked up 14 inches of snow that weekend.

Out of the entire history of snowfall events in San Antonio, 1985 takes the cake at No. 1 with 13.5 inches of snow.