The Alamo Plaza Master Plan advanced past city council on Thursday with an endorsement from the advisory committee. But some are still upset about the changes. 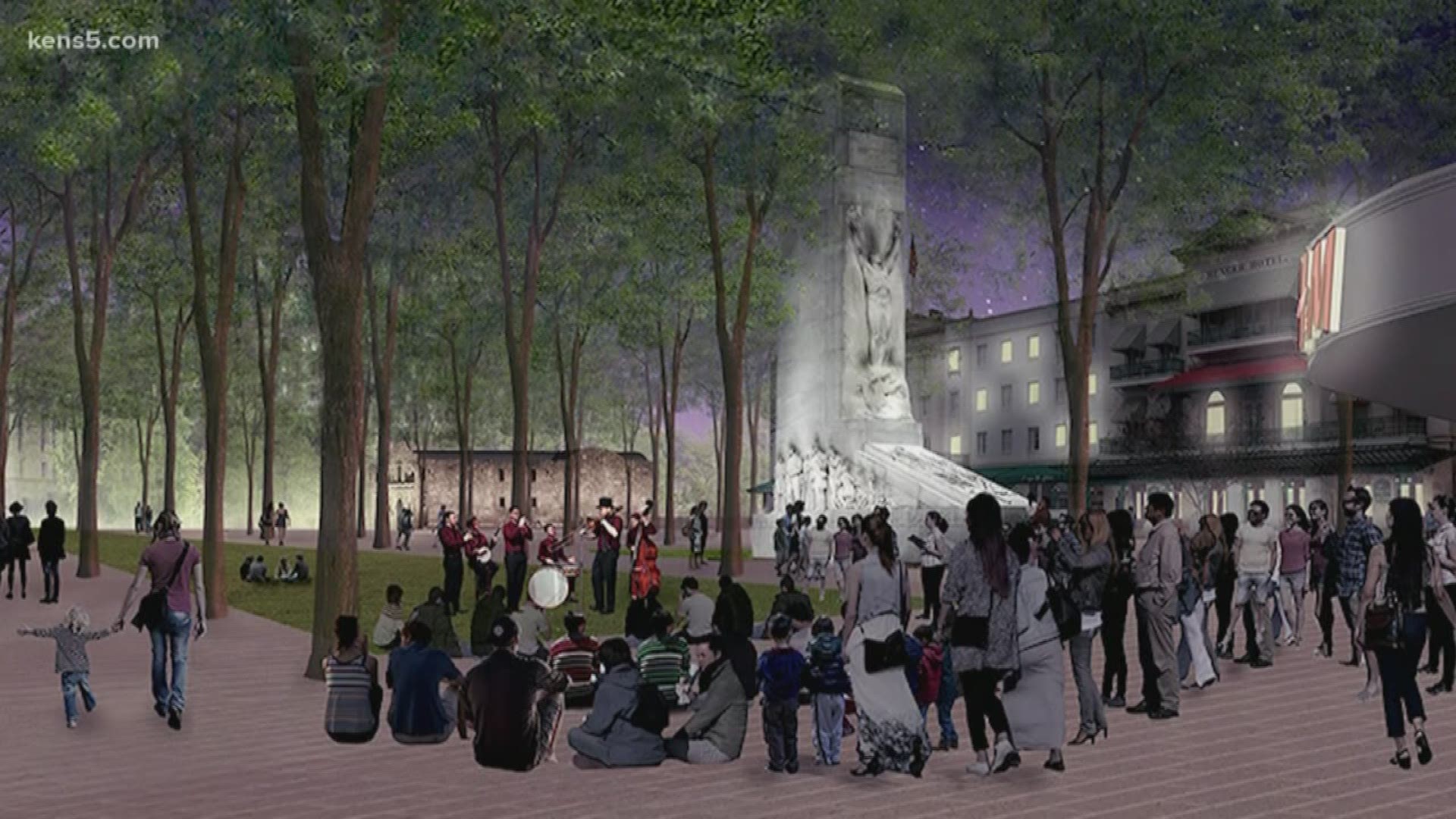 The Alamo Citizen Advisory Committee reviewed the latest version of the Alamo Plaza Master Plan and voted to advance it.

Among the list of changes, the plan includes moving the Cenotaph 500 feet from its current spot and closing major roads to traffic, including Alamo Plaza, Houston Street, and Crockett Street.

The Battle of Flower and Fiesta Flambeau parades would also be re-routed, which the organization previously opposed and created an online petition over the issue. After meeting with the committee, the Fiesta San Antonio Commission announced that they are in support of the plan and the new accommodations for the parade.

"The parades are going to get a new activity zone. That's a very cool concept,” said Bryan Preston with the Texas General Land Office. “What that's going to do is allow the wreath-laying to come through where the south gate of the Alamo was, which you can't even see today. It will come through that area. They will be flanked by Air Force cadets. Air Force cadets will take that wreath, walk it over to the green patch in front of the Alamo, and lay it down."

Many residents protested against the plans to redesign Alamo Plaza as the Alamo Citizen Advisory Committee was reviewing the seven resolutions before putting it to vote. Subsequently, several people were escorted out of the meeting for speaking out in city council chambers and “disrupting” the meeting.

"Today's vote by the Citizens Advisory Committee is an encouraging step forward in our effort to preserve and restore the Alamo and its battleground for generations of Texans to come. There is no greater defining symbol of Texas than the Alamo. The Alamo plan protects the sacred ground and reclaims history lost to the ages."

Presenters of the project showed the latest designs on Monday and explained the purpose behind the new redesign. They said that the current experience of the Alamo is compromised and it's neither a welcoming urban plaza nor a powerful historic site.

To view the master plan, you can visit the official website at SaveTheAlamo.com.