Texas is one of 16 states allowing parents to bypass vaccine requirements for enrolling their children in school claiming medical or religious concerns. 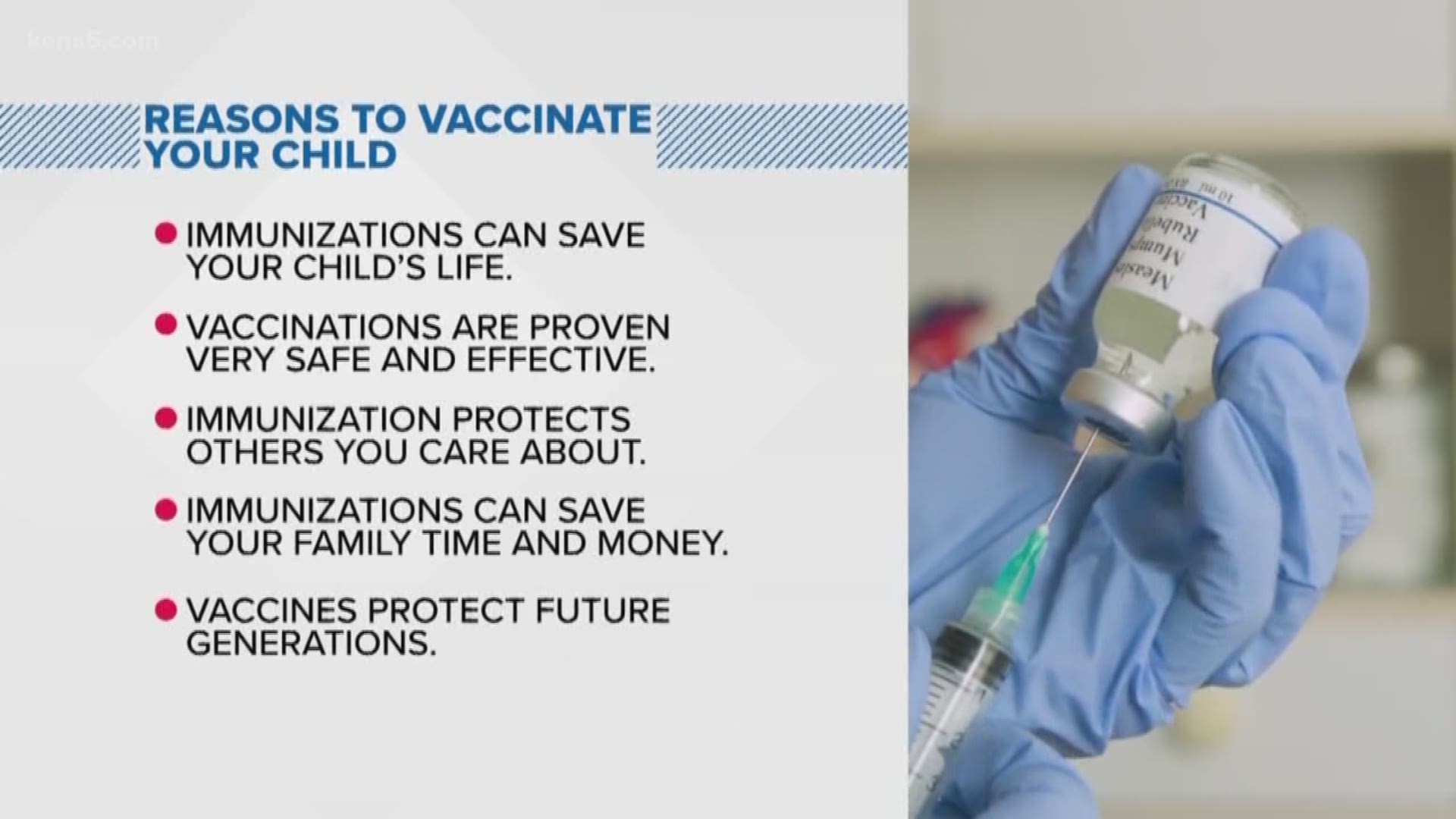 SAN ANTONIO — The rate of children being exempt from vaccinations is skyrocketing across Texas. That's according to the Texas Department of State Health Services.

Measles is preventable with a vaccine. Even so, there were 15 reported cases of the disease in Texas already this year which is more than five times the number in all of 2018. "There is a population that would get measles and really have long-term complications throughout their life from having that infection, so that's what you're trying to prevent," said Dr. Joanne Turner, the Vice President for Research at the Texas Biomedical Research Institute, and Executive Director of the Vaccine Development Center.

The reason why many parents don't vaccinate? Some still believe the myth that vaccines cause autism. Dr. Turner said, "We spent decades of the taxpayers' money and energy trying to really disapprove that initial publication. Multiple studies have shown that vaccines don't cause autism."

"You take a vaccine, you protect yourself so you feel better; but you are protecting everyone else around you in the same way that you might decide to give to a charity. It's not really just for a tax exemption, it's really about feeling good that you were doing something for others," said Dr. Turner.

Texas is one of 16 states allowing parents to bypass vaccine requirements for enrolling their children in school claiming medical or religious concerns. In Texas, kindergarteners must have 10 immunizations to be enrolled in school. Since the 2005-2006 school year, the exemption rate for kindergartners in the state rose from 0.3% to 2.15% where it is now. It may sound like a small number, but it is a seven-fold increase. Dr. Turner added, "Vaccination I think is the highest form of altruism. You are really protecting yourself but you are protecting everyone around you in the community.