Afrezza hits the bloodstream in one minute, and starts working much faster than other insulin options on the market. 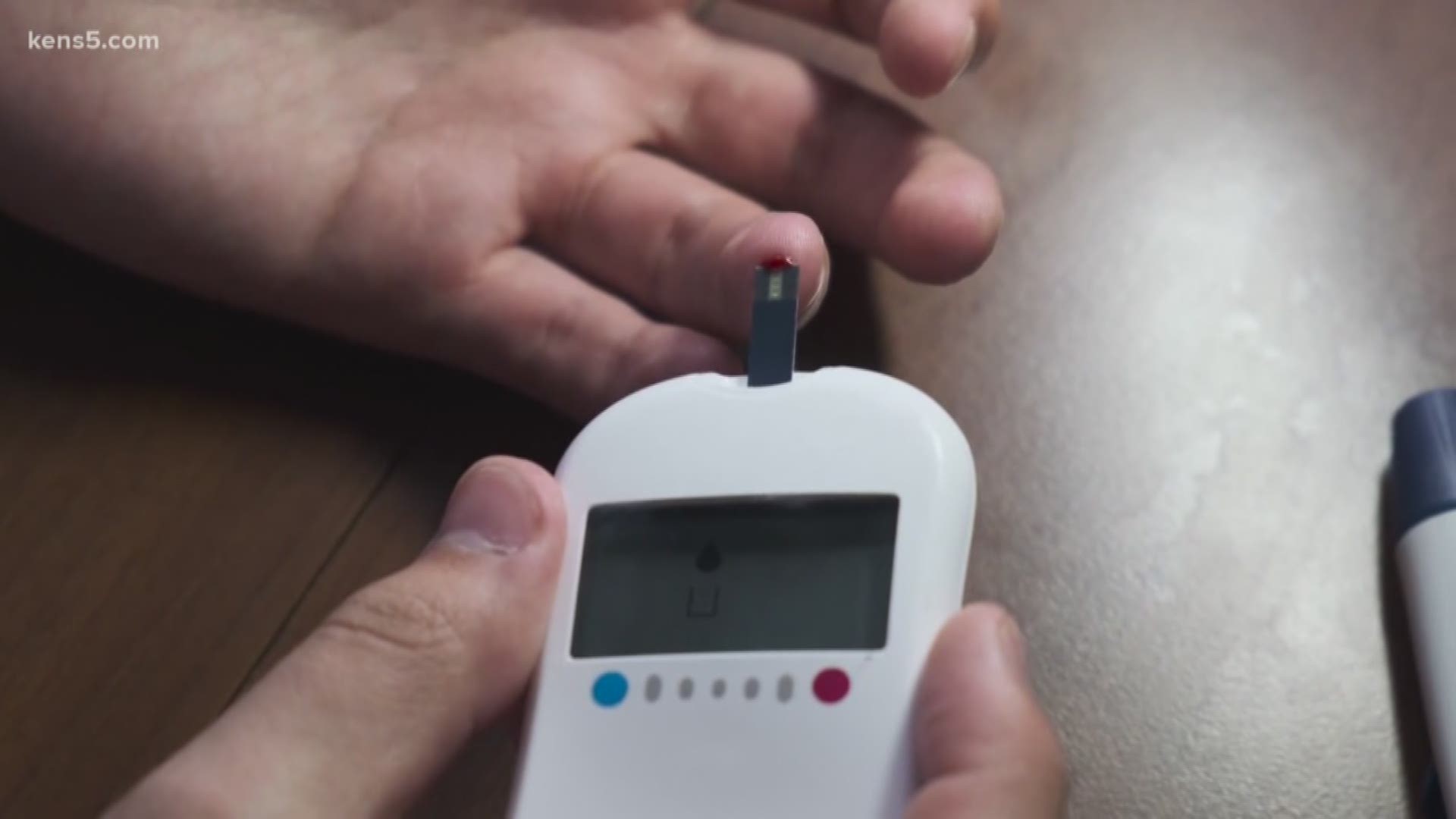 SAN ANTONIO — For diabetics, controlling blood sugar is a matter of life and death. But a more obscure delivery method of inhaled insulin in starting to catch on.

"I've grown up with it since I was 9 years old," said Kimberly Kehoe, a type-1 diabetic. "At meal time, you're constantly thinking, 'How many carbohydrates do I have in front of me?' And, 'What's my blood sugar?' And, 'Is this a good thing for me to be eating at this time?'"

She tried injections and even an oral medication, but that caused problems. Fasting blood sugar should be no lower than 70, and no higher than 180 after meals.

But when she was taking the oral medication and had the flu, her blood sugar went up to 300 and stayed there.

RELATED: Wear The Gown: The risk of breast cancer in the transgender community

RELATED: The benefits of 3-D mammograms | Wear The Gown

"I was hospitalized and that happened to me two times," Kehoe said. "So I thought, for me, that oral pill was not the right medication to be (on)."

Then her doctor told her about Afrezza—it's the most fast-acting insulin on the market.

"She said, 'Let's try Afrezza,' and I looked at her and I said, 'Really? An inhalable insulin?"

"The insulin comes in a cartridge like this; it is placed in the device almost like a puzzle piece," said Dr. Michelle Welch, of Diabetes and Metabolism Specialists San Antonio, "Once the device is clicked, you inhale it and the insulin is delivered."

The inhaled insulin enters the bloodstream within a single minute, and starts to bring down blood sugar in 12 minutes. Compare that to rapid-injected insulin, which takes up to 30 minutes to start doing its job.

It also exits the body faster, and that's a big deal.

"Because it is eliminated quickly," Welch said, "there's less chance of low blood sugar and that is something diabetics fight all the time."

Kehoe added, "I take the Afrezza right before I start eating and I'm not having the high blood sugars after the meal. So it's giving me the results I need."