'Thanks-grieving': How to handle your sadness over lost loves ones over the holidays

In 10 months, the coronavirus has become the third-leading cause of death in the United States. But it's not the only reason tears are falling at Thanksgiving. 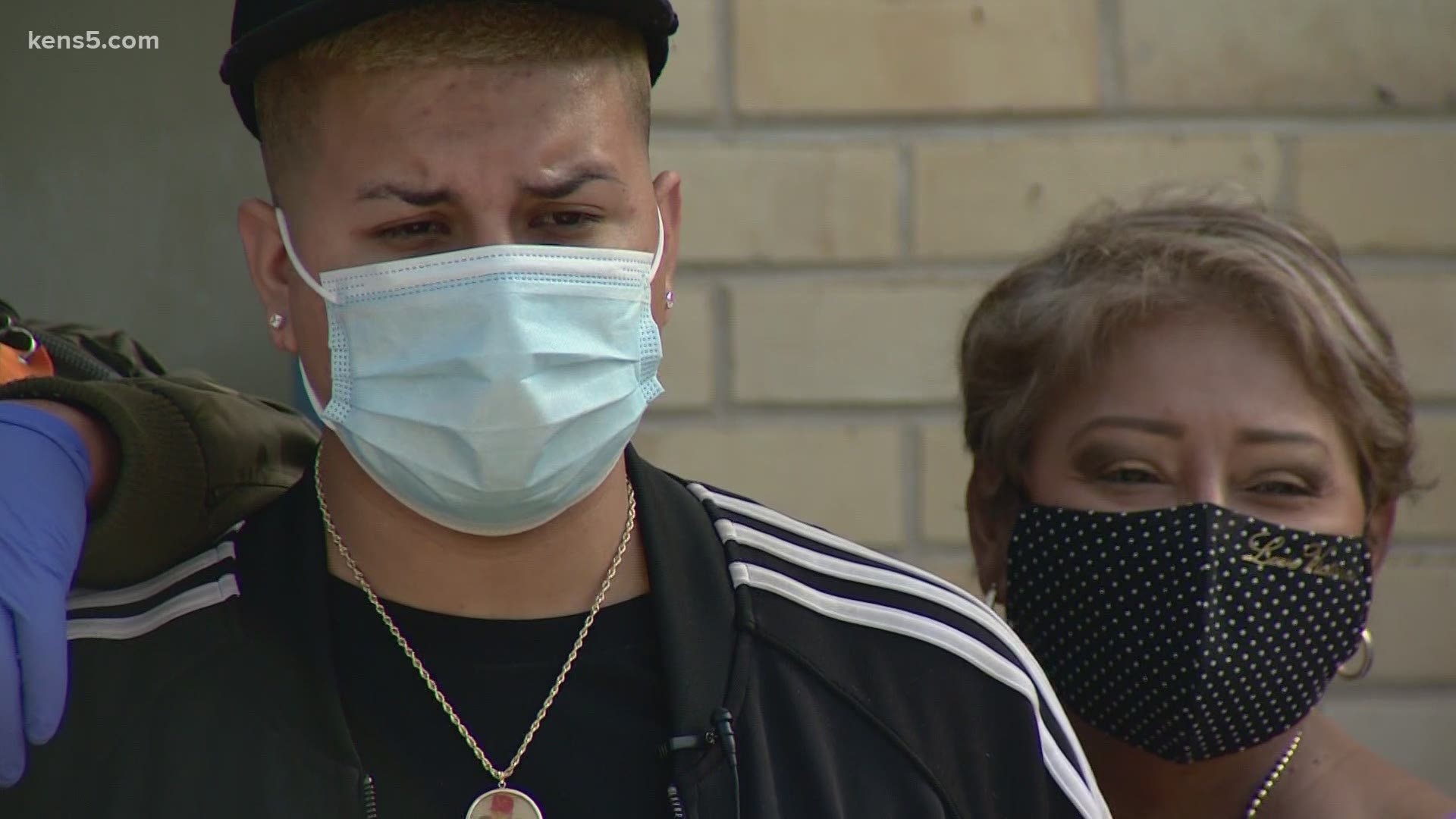 SAN ANTONIO — Jordan Zapata is not afraid to get his hustle on. The San Antonio native went from selling event tickets in high school to working as a personal assistant for notable rap star to managing athletes and music artists.

"I just want to bring the eyes here and make this Hollywood," Zapata said.

The 23-year-old would gladly trade in that glory for another moment with his father. Ramiro Zapata died on the job in mid-June due to an accident involving the waste management truck he drove, according to the Devine Police Department.

"I struggle every day coming to realize that my father's not here no more," Zapata said.

For the budding businessman, losing his 54-year-old father cut deeper than he thought pain could plunge. Then, his grandfather, Jose Menjares, died too. Grief became a millstone.

"I struggle to get out of bed, depression, anxiety," he said.

Zapata's longing to heal and journey through mourning is not an island. He joins the list of millions of people who confront death each year.

But in 2020, the rise in the mortality rate is connected to the more than 255,000 victims of the coronavirus. Chairs and place settings at the Thanksgiving table will see the toll.

"Grief is not isolated to COVID," Kimberly VanBuren said. "We're losing people all the time."

VanBuren owns the life management therapy service called the Balancing Act. She said during this holiday season, granting yourself grace and self-soothing will help.

"Know that it's OK not to be OK," VanBuren said. "A lot of times, we're trying to be perfectly happy all the time. And this is not really the time for that."

According to the Center for Disease Control and Prevention, heart disease and cancer are the leading causes of death in the United States. COVID-19 deaths would fall third on the traditional listings before accidental deaths, the category for Zapata's father's death.

"I can't pick up the phone and call him," he said. "I can't, you know... These holidays, I'm not going to be able to spend time with my father this year."

While the San Antonio native searches for the light at the end of the tunnel, he's able to move on through faith, therapy and friends.

"The resistance of trying not to be sad -- that causes us so much more anxiety and depression," Van Buren said. "Instead of just allowing it to be what it is."

During the NBA finals, Green wrote 'Ramiro' on his shoes' soles in honor of Zapata's father.

Zapata's first Thanksgiving without his father, who he describes as a best friend, won't be easy. But he's determined to face Thursday with his family and for his father.